The weather week in a quick check: Thunderstorm low "Maya" slows down the summer

After a few warm days in June, the sun is already running out of breath. 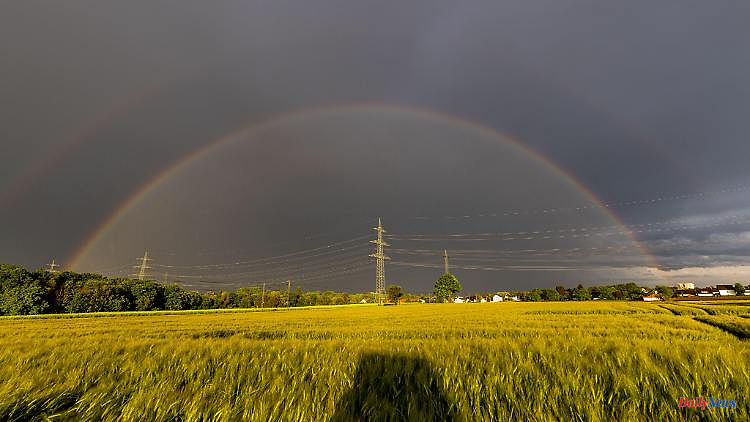 After a few warm days in June, the sun is already running out of breath. Thunderstorm "Maya" creates a new storm situation with gusts of wind and heavy showers. The chances of a summer comeback only increase on Friday and Saturday, predicts weather expert Björn Alexander.

The reverse side of Thunderstorm Deep "Maya" puts a stop to the short but intense thrust of the sometimes muggy and warm summer air. With the last, sometimes severe thunderstorms, the low also moves across the east and north-east of our country before it gets cooler afterwards.

Deep foothills repeatedly ensure changeable views. A new storm situation is not imminent for the time being, but the rain deficit will be made up a little, at least regionally. According to the European weather model, for example, we can expect rainfall totals of 30 to 50 liters per square meter in the south and west by the end of the week - sometimes more.

The weather computers will probably also see a new attempt for the summer next weekend. Then it could rise again to 25 degrees and more, especially in the south-east half. Whether that will actually be the big hit in the direction of summer is still quite questionable. Because the forecasts see unstable phases in many parts of the country instead of a stable high.

A trend that also coincides with the experimental long frost forecasts of the American weather service NOAA. Accordingly, we can expect a balanced rain balance in most regions in June. The trends show a significant temperature excess, especially in the south, while it is expected to remain less warm in the north.

During the night, the strong and sometimes thunderstorm downpours will also arrive in the east and north-east. Unfortunately, there is still a risk of storms due to heavy rain, hail and squalls. Behind it, however, it quickly becomes quieter with lows between 16 and 11 degrees.

On Monday, the trend towards a calmer outlook remains in place. Because after "Maya" has left, we can only expect a few showers as well as thunder and lightning in addition to friendly to sunny sections. In addition, the muggy and correspondingly stormy air is blown away with a strong wind. However, this also means that there is rarely a summer feeling at 17 to 26 degrees.

Tuesday: Heavy rain in the south

Heavy rain sets in near the Alps, which may be accompanied by thunderstorms. Otherwise it will continue to be mixed with sunny parts. In addition, a maximum of 16 degrees on the wet edge of the Alps, in the rest of the world 18 to 23 degrees.

Wednesday and Thursday: Summer at the diving station

The middle of the week continues to be unremarkable. Because with a mix of sunny sections and individual showers, it will remain moderately warm. Most of the time it will be 17 to 24, most likely in southern Brandenburg sometimes up to 25 degrees.

The chances of a summer comeback increase significantly in the south and east. In addition to the sun, the values ​​there are 25 to 29 degrees. Meanwhile, it remains even less warm and more changeable in the northwest. But it should also be enough for temperatures above 20 degrees.

Sunday and Monday: It could crack again

It's still too early for details. Nevertheless, the weather models indicate the next weather change. The heat in the south-east half is said to be getting the better of it again. Unfortunately, stronger thunderstorms cannot be ruled out. Because from almost 30 degrees on Saturday it goes down: Sunday according to the current status at 17 to 27 and on Monday at 15 to 25 degrees. 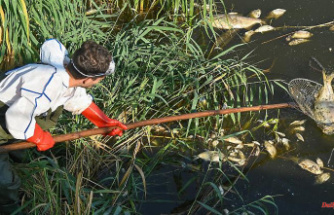 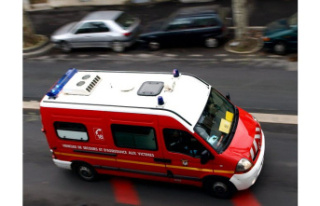