Looking at the weather, it's going to be a turbulent week. 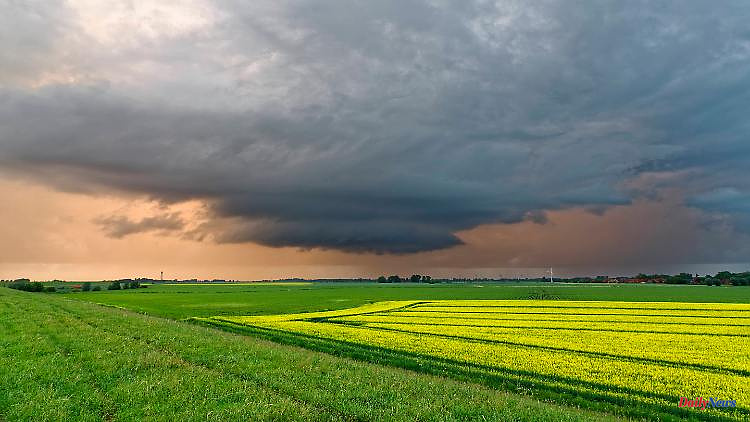 Looking at the weather, it's going to be a turbulent week. Supercells and individual tornadoes are already threatening in the southwest on Monday night. Then heat and storms alternate until there could finally be a possible happy ending at the weekend.

Our weather continues to be quite riotous in the last days of June. Sometimes heavy showers and thunderstorms including heavy rain, hail and heavy gusts of wind combine with sometimes humid, warm to hot summer air to repeatedly explosive weather conditions. At the same time, of course, this opens up the option of balancing out the sometimes extremely meager rain balance of the past few weeks.

This is absolutely necessary, especially in eastern Germany, where at the beginning of the week there was a widespread forest fire risk level of 4 to 5 out of 5. And even the deeply bone-dry soils have more rain than they need.

In this respect, a look at the forecast amounts of rain, in addition to the sword of Damocles of heavy rain with possible flooding, is quite optimistic. Regionally, 20 to 40, sometimes up to 80 liters per square meter are still possible by the end of the month. And what happens afterwards - is summer going down?

The answer to this question is formulated by the weather computers with the chance of a stable high on the first weekend in July. It is true that less warm air would arrive here in Germany. At the same time, the risk of severe weather would have been averted in time for the weekend.

Before that, the new weather week sends us through a partly severe dormouse day. According to the calendar, that is on June 27th, i.e. on Monday, and of course it is not already setting the course for our midsummer 2022. The dormouse rule behind it, which predicts a setting for us for the summer, rather refers to the time window up to around the first of July third and has a very high probability of arrival, especially in southern Germany. The dormouse period begins now and that with thunder and lightning. Here the details.

The situation in France and Benelux is getting worse again. Partly heavy rain with intermittent thunderstorms and the risk of hail and heavy gusts of wind up to 100 km/h spread to a line from the Allgäu up to Schleswig-Holstein. The probability of the formation of organized severe thunderstorms, so-called supercells, and the risk of individual tornadoes is particularly high in the south-west. The night turns out to be much quieter in the loosely cloudy to clear east, where it remains partly tropical - i.e. with lows not below 20 degrees. In the thunderously wet Eifel you can expect temperatures of around 14 degrees.

Monday: Thunderstorms and up to 35 degrees on the dormouse day

The east starts the new weather week sunny and hot - peak values ​​of up to 35 degrees are possible in the direction of Brandenburg and Lusatia. Otherwise it is cloudy and some showers as well as thunder and lightning are on the way. However, the greatest potential for severe weather is in the previously beautiful east and south-east, where severe thunderstorms can be triggered in the afternoon. The west and northwest are up to 15 degrees cooler than the east with maximum values ​​of 20 to 24 degrees.

Tuesday: Lightning in the south

All in all, Tuesday will be friendly to sunny and dry. Only towards the edge of the Alps are thunderstorms to be expected. The whole thing at 20 to 29 degrees - so the really big heat is out before the weather conditions worsen again.

On Wednesday and especially on Thursday, the mercury columns will shoot up again. Wednesday at 21 to 31, Thursday at 22 to 32 degrees, with the heat mark of 30 degrees coming close to touching or being exceeded in many places. Meanwhile, the risk of thunderstorms and severe weather is also increasing. On Wednesday generally throughout the south and east. Thursday will be mostly sunny at first, before a series of thunderstorms coming from the west in the afternoon and evening will bring the next cooling.

The west is already cooling down noticeably to values ​​of around 18 to 23 degrees, while in the east the last heat peaks have to bow to the approaching storms as well. Accordingly, before it crashes, another 30 degrees are possible. The weekend, on the other hand, is much more relaxed.

Weekend: relaxation on the edge of the high

The majority of weather computers see a stable high over the Atlantic, which could extend its sphere of influence to us in Germany. That would mean the last thunderstorms in the east on Saturday. Sunday should then be really nice and dry in many places. The temperatures are also totally relaxed. Saturday at 20 to 27, Sunday at 22 to 28 degrees. Really fine summer weather after a really turbulent weather week. 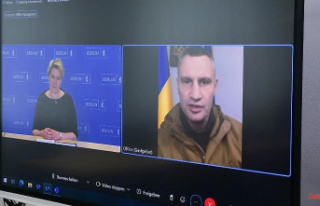 Deception via video and audio: are "deep fakes"...