The Japanese weather service warns that typhoon "Nanmadol" is an "unprecedented danger". 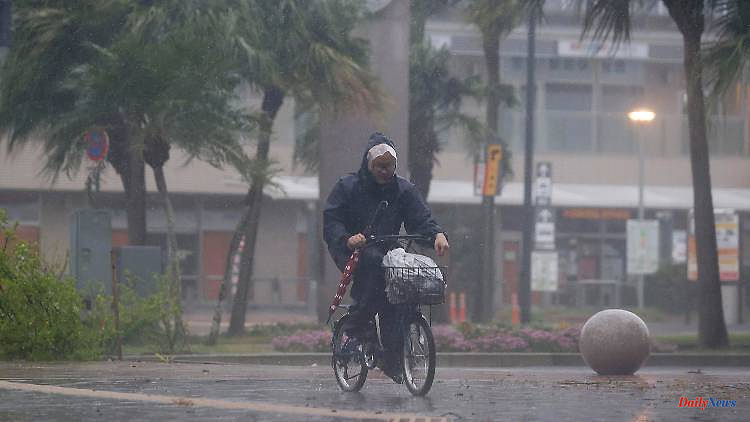 The Japanese weather service warns that typhoon "Nanmadol" is an "unprecedented danger". More than four million people in the south of the country are to leave their homes, thousands are already in shelters. Despite early warning, the first injuries are reported.

The unusually violent typhoon "Nanmadol" hit the south of Japan with strong gusts of wind and heavy rain. According to the Japanese TV broadcaster NHK, more than 15,000 people in the Kyushu region were in rooms that "withstand extreme weather conditions" in the afternoon (local time). The Japanese weather service JMA issued the highest typhoon warning for Kagoshima Prefecture on the southwestern island of Kyushu on Saturday. Authorities asked more than four million residents to leave their homes. The US Navy Warning Center classified "Nanmadol" as a super typhoon.

In the morning, heavy storms and rain had hit the region, and almost 98,000 households were reported to be without electricity. Trains, flights and ferries stopped operating, even grocery stores were closed. Prime Minister Fumio Kishida urged residents via Twitter to "stay away from dangerous places" and - even in daylight - to get to safety as soon as they "feel the slightest danger". The television station NHK reported isolated injuries, but there were initially no reports of major damage or fatalities.

The weather service JMA warned of a "very dangerous typhoon" and an "unprecedented" danger from "unprecedented" strong gusts of wind, high waves and landslides as a result of the heavy rainfall. "Extreme caution is required," said a spokesman. The wind can be so strong that houses collapse. The JMA spokesman also warned of flooding and landslides.

The slow-moving cyclone is likely to turn northeast after the long holiday weekend. There it could also cause heavy rain on the main island of Honshu with the capital Tokyo. 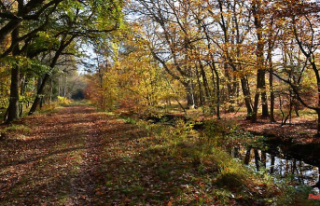 The weather week in a quick check: Indian summer sweeps...