Hundreds of emergency services are searching residential and business premises, mainly in Thuringia, but also in Schleswig-Holstein and Berlin. 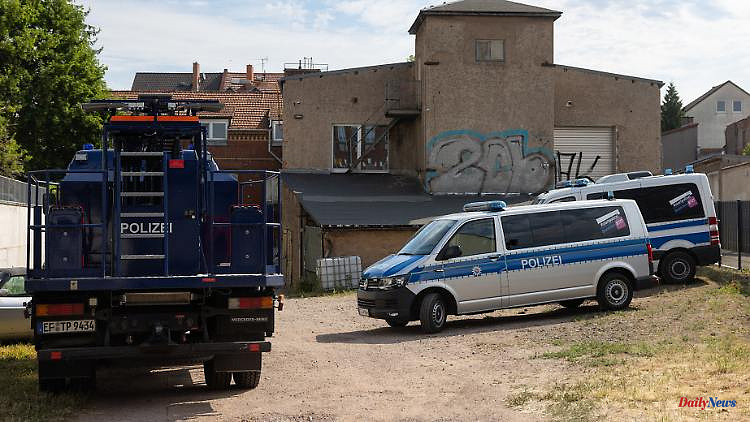 Hundreds of emergency services are searching residential and business premises, mainly in Thuringia, but also in Schleswig-Holstein and Berlin. It's about drugs, money laundering and weapons. The accused come from the right-wing scene, and several of them are arrested.

Because of the suspicion of drug trafficking and money laundering, investigators in the Thuringian neo-Nazi scene searched numerous residential and business premises. Several suspects from the right-wing scene were arrested, as the Thuringian State Criminal Police Office (LKA) announced. There were also searches in Berlin and Schleswig-Holstein.

According to the information, emergency services have been searching a total of 26 objects in the Thuringian districts of Erfurt, Gotha, Weimar, Saale-Orla, Saalfeld-Rudolstadt, Schmalkalden-Meiningen, Eisenach as well as in Schleswig-Holstein and Berlin since Thursday morning. Initially, a total of seven arrest warrants were executed. The background to this is preliminary proceedings on suspicion of trafficking in large quantities of narcotics, money laundering and violations of the Weapons Act.

A total of more than 500 emergency services from Thuringia and special units from other federal states were involved in the operation. They were supported by the use of police dogs and special equipment.

Cell phones and crypto phones, a large amount of cash, cryptocurrency, a car, high-quality watches, computers and a small amount of drugs were confiscated during the searches. In addition, two alarm guns and a presumably working handgun with ammunition were found. Account seizures were arranged for six suspects. More detailed information is not yet available due to the ongoing operational measures and the large number of locations.

1 Incidence rises to 480: Greens are calling for new... 2 Journalist murdered in Brazil: Suspect leads police... 3 Sanctions curb wanderlust: Where Russians (can) go... 4 Will the shelf life be extended?: Four million corona... 5 Investigators suspect other victims: the accused of... 6 Mega heat leads to forest fires: France is afraid... 7 Displeasure with frozen accounts: China is said to... 8 Riots and sexual harassment: riots on Lake Garda also... 9 "Accept infection": How bad will the summer... 10 Worse than before Corona: Entrepreneurs complain about... 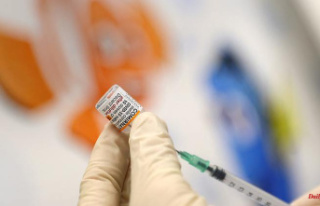 Incidence rises to 480: Greens are calling for new...