Thunderstorms and local storms: This is how things continue after the heat wave

Germany has been groaning under extreme temperatures of around 40 degrees for days. 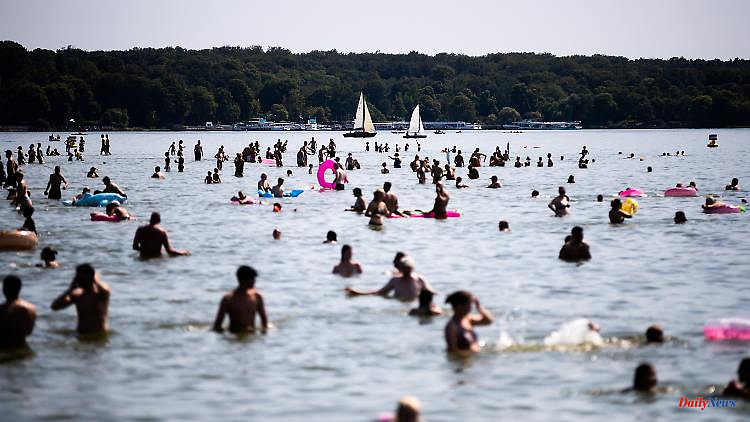 Germany has been groaning under extreme temperatures of around 40 degrees for days. The danger of droughts and forest fires is great. ntv meteorologist Björn Alexander reveals when the Scandinavian depression "Imke" will cool down.

ntv: 40 degrees on the weather maps again - is the heat so unbearable?

Björn Alexander: Fortunately not. Because we are currently experiencing the peak of this first heat wave in August. After that it stays summery warm to hot. But this blatant heat is - according to the current status - no longer in sight for the time being.

By when would such extremes even be conceivable?

First of all, the so-called dog days, which are usually the hottest time of the year, last until August 23rd. And if you look at the records, peaks of over 35 degrees are even possible up to the second third of September. The weather archives also have record marks of 30 degrees and more in their program until the first third of October. It's just that the heat isn't nearly as brutal and peppered with scalding warm tropical nights. Then we are already in late summer or early autumn, whereas we are now still fully caught up in midsummer.

If not more blatant heat, how much longer normal heat?

In the southwest of our country in particular, the recovery phases to take a deep breath are short. On Saturday it will no longer be hot with a maximum of 29 degrees, before it will rise again to peaks of 30 degrees and more on Sunday - a trend that will continue into next week. Then 30 to 34 degrees can be expected on the Rhine.

One constant theme this summer is the heat, the other the drought. How is the rain development in Germany in August?

The weather computers, which look into the future several times a day or constantly recalculate the trends, assess the rain situation for the next 10 to 14 days by leaps and bounds. While yesterday it looked really devastating in terms of drought, today there is a light at the end of the tunnel. With luck, the permanent high pressure situation could tip over in the second third of August. That would allow significant rain.

What happens if he doesn't come?

Then it looks bad. With the exception of April, the last five months have been too dry to significantly too dry on a national average. A mixed situation in which a sunny, hot and dry August would catapult us further towards the desert. In addition to further effects on agriculture and forestry, this would also have increasing consequences for other areas. Let us think, for example, of shipping, which would have to accept further restrictions if the water levels were to drop significantly and, above all, permanently. Analogous to 2018, for example, when there were problems with oil and fuel transport on the Rhine.

When the weather conditions change, how much rain can be expected?

The forecasts of the American weather model, for example, are currently offering up to August 20th a widespread 30 to 50 liters of rain. According to this, the south would be wetter, with a total rainfall of 35 to 100 liters by then. For comparison: the average in Germany is around 70 to 80 liters in August. In this respect, a normal rain yield in August would even be conceivable.

So to the current weather conditions. What awaits us?

During the night and on Friday, the cold front from the Scandinavian low "Imke" is slowly spreading. The northwest is affected first before the cooling slowly extends southeast. This sometimes threatens violent thunderstorms in the sometimes very humid air. Occasionally with the risk of severe weather from heavy rain, hail and squalls.

Is our weekend going to be quieter?

On Saturday there are still the last remnants of the muggy and warm air in the extreme south. Accordingly, further storms cannot be ruled out. In the rest of the country, on the other hand, we rarely expect showers and lots of sunshine. The whole thing with maximum values ​​between 19 degrees on the North Sea and up to 29 degrees in Breisgau.

Lightning can still flash towards the Alps in the afternoon. All in all, we have relaxed summer weather ahead of us thanks to the high "Oscar". In addition, the temperatures often reach 20 to 28 degrees, on the Upper Rhine up to 30 degrees.

What prospects does the weather present us with next week?

Monday Sun full with corresponding temperatures between 22 degrees on the North Sea and up to 32 degrees in the southwest. On Tuesday and Wednesday, the warmer air then sloshes forward, making it midsummer nationwide.

How warm is it getting?

Often with highs between 25 and 30 degrees. It stays fresher only with the Northern Lights in the sea wind. Meanwhile, it is hotter on the Rhine and its tributaries with maximum values ​​of 30 to 34 degrees. Totally normal but also very dry summer weather. 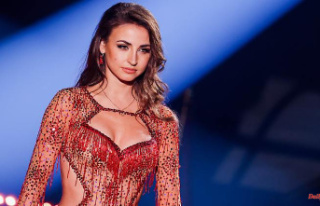