After the severe thunderstorms with one fatality in Carinthia, rain and storms move over Upper Austria. 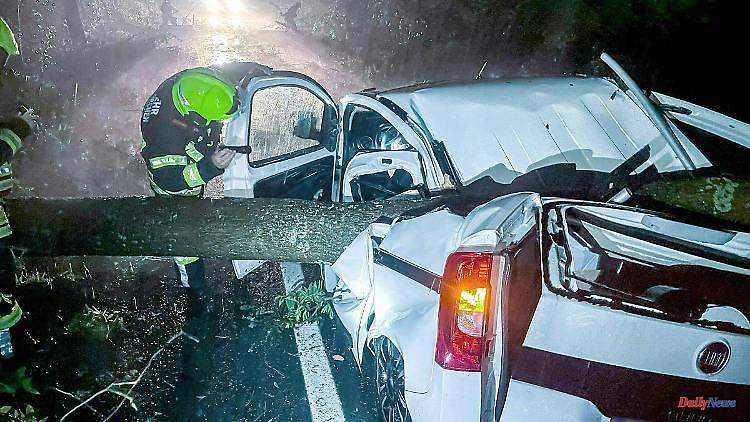 After the severe thunderstorms with one fatality in Carinthia, rain and storms move over Upper Austria. Roofs are covered, basements are flooded. In the Czech Republic, a train crashes into a rock after a slope slide. In Carinthia, however, hundreds of emergency services are struggling to care for the victims.

After landslides with one fatality and high property damage, Austria was hit again by storms. Storm and heavy rain have been causing damage in the state of Upper Austria since Wednesday evening, the Austrian news agency APA reported, citing the local authorities. In the northern municipality of Freistadt, several roofs were partially completely covered. According to the information, no one was injured.

According to the report, the fire brigade was mainly deployed in Linz and the surrounding area as well as in the nearby municipality of Perg because of flooded basements. Meanwhile, in the southern province of Carinthia, the clean-up work was going on after the landslides and floods. Fire department spokesman Martin Sticker said that 200 firefighters and 40 vehicles were currently deployed in the particularly hard-hit communities of Treffen and Arriach. The focus of their work is currently the restoration of the most important infrastructure and the supply of residents, some of whom are stuck in their homes. Around 100 soldiers also took part in the operation in the disaster area.

Heavy rainfall and thunderstorms have now also led to flooding in the Czech Republic. At Karlstejn Castle near Prague, an express train hit a boulder that had slipped down the soaked embankment. The locomotive and the first wagon derailed. According to the rescue workers, five people were slightly injured. There were around 150 passengers on the train. Since further landslides threatened in the area, the route remained temporarily closed.

In some places, streams and small rivers burst their banks. In Cesky Krumlov in southern Bohemia, the Polecnice Stream, a tributary of the Vltava River, flooded the houses of a street. Fire brigades deployed hundreds of times across the country to pump out basements and clear fallen trees from streets. Cars and roofs were damaged by hail in several places. The national weather service warned of further storms.

In the Carinthian district of Villach-Land, severe storms with heavy rainfall triggered landslides and floods on Wednesday night. An 82-year-old man was swept away by a mudslide and died. Three villages in Carinthia were meanwhile cut off from the outside world. In the state of Salzburg, there was a temporary civil defense alarm because of the flooding Leißnitzbach.

1 25 years RTL reporter: Antonia Rados ends her TV career 2 Klingbeil in the SPD-distant PiS country: Germany's... 3 Valuable good: How to save water in the garden 4 Judgment on sole claim: What will happen to the marriage... 5 Öko-Test cleans the wet room: These bathroom cleaners... 6 Ethical pitfall: insurance companies pay for trisomy... 7 Every tenth disease: Many cancer cases are caused... 8 Bavaria: Still no right to vote from the age of 16... 9 Bavaria: drunk shoots boredom from the balcony 10 Saxony: Nuclear power: Experts assess use differently 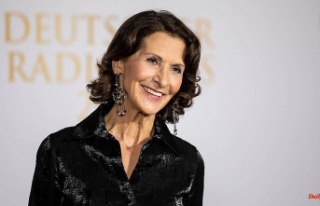