With her artwork, Yohana Hirschfeld wants to make visible the feelings that Jews are confronted with at German train stations. 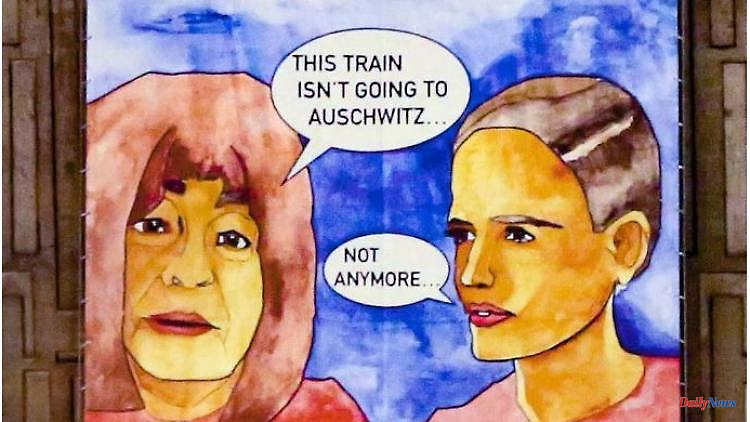 With her artwork, Yohana Hirschfeld wants to make visible the feelings that Jews are confronted with at German train stations. But despite the approval, it was taken down again by Deutsche Bahn and a complaint was filed against Hirschfeld. The railway speaks of an internal error.

A 12-square-meter picture, with which the artist Yohana Hirschfeld wants to show the "Jewish view" of German train stations against the background of the Holocaust, has been removed from Hamburg Central Station. The picture with a watercolor by Hirschfeld, which was only hung up last Friday night, was taken down again after a few hours despite permission from Deutsche Bahn, said the Jewish artist.

The image from a graphic novel by the artist shows two women. One of them says in a speech bubble: "This train isn't going to Auschwitz" (This train doesn't go to Auschwitz), the other replies: "Not anymore". The picture was hung up as part of a campaign by the Hamburg Jewish community as part of the celebration year "1700 years of Jewish life in Germany".

The Hamburg painter and video artist explained to Der Spiegel that the figure on the left was a close friend of her family, "who survived the Majdanek extermination camp as a child and was liberated by the Red Army on the transport to Auschwitz. The picture is a condensation of the joint conversations during their visits to Germany, said Hirschfeld.

A railway spokesman regretted the incident. "Unfortunately, there was an error in our internal chain of communication, which resulted in the artwork being accepted, although approved," he said. "We immediately spoke to the artist Yohana Hirschfeld personally and apologized." The picture should be hung up again as soon as possible, it said.

The federal police informed her that the railways had initially filed a criminal complaint for property damage, which is why the picture had been taken down, said Hirschfeld. The ad is now off the table. "There was someone on the S-Bahn who didn't like it." The railway did not comment on this. Hirschfeld emphasized that with the picture she wanted to make clear the feelings that Jews can be confronted with at train stations in Germany.

1 Falling corona incidences: is the summer wave already... 2 Petition for clemency after 50 years in prison: British... 3 Last days of Mallorca detention ?: Cone brothers get... 4 Abuse scandal in the church: No investigations against... 5 Sisters promoted: For the first time, the Pope involved... 6 More women in politics: Germany moves up the gender... 7 In a Berlin gym: member of the Remmo clan stabbed 8 "It's really outrageous": Up to 44... 9 Drought drama and water war: "apocalyptic conditions"... 10 Specialists are looking for the cause: two men die... 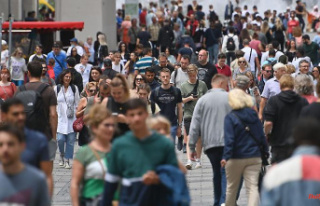