Trapped under the double decker: bus accident in Berlin: girls ran onto the street when it was red

A double-decker bus rolled over two teenagers on Saturday evening, one of the two girls died. 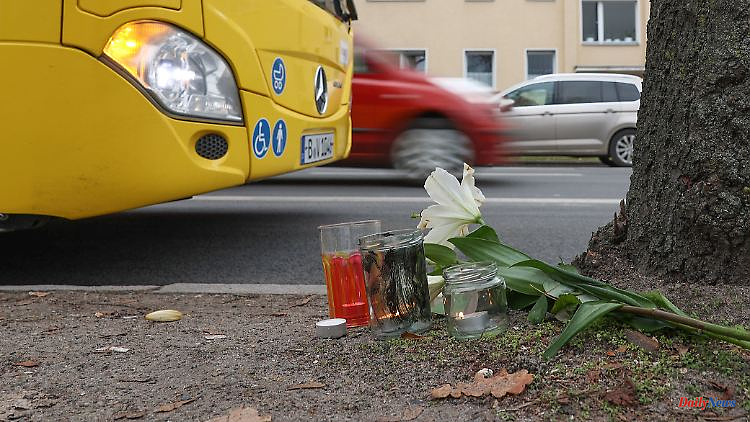 A double-decker bus rolled over two teenagers on Saturday evening, one of the two girls died. According to the police, the pedestrians should have started despite the red traffic light. The 62-year-old bus driver is in shock.

After the serious bus accident on Saturday evening in Berlin-Lankwitz, in which a 15-year-old pedestrian was killed and a 14-year-old companion was seriously injured, there are initial findings on the cause: the two girls are said to have crossed the street despite the red pedestrian traffic light, like the police reported. The double-decker bus had just left a stop and hit the teenagers. The teenagers fell under the bus and were trapped. In order to rescue them, a so-called rescue vehicle was used, which lifted the bus using hydraulic equipment.

Despite the use of emergency doctors, the 15-year-old succumbed to her injuries at the scene of the accident, according to the police. Her companion, who was one year younger, suffered serious head and upper body injuries and was taken to a clinic for inpatient treatment. "According to reports, however, there is no danger to her life," the police said.

The 62-year-old bus driver was in shock after the accident, it was said. He needed medical attention. According to the information, a specialist commissioner for traffic offenses of the police took over the further investigations into the exact course of the accident. An expert, experts in surveying technology from the State Criminal Police Office and a public prosecutor were also involved in recording the accident.

According to reports, it took a long time after the accident for help to arrive: an ambulance was on site nine minutes after the emergency call was called, but the first ambulance only took 20 minutes, said a spokesman for the fire brigade. The rescue service in Berlin has been heavily overloaded for some time, partly because there is a shortage of staff and there are many emergency calls that do not relate to real emergencies. According to the Berlin "Tagesspiegel" a few minutes before the accident, only two of the 104 ambulances manned in the evening were available - for the whole city. The others had already been on missions.

1 Long wait for an ambulance: 15-year-old dies in a... 2 "Hands off the book!": For those who still... 3 Bavaria: cyclist caught by tram: seriously injured 4 Thuringia: winter tires for bicycles for more safety... 5 Hesse: It remains frosty at the start of the week 6 Thuringia: Frog King stolen from the Erfurt Christmas... 7 Saxony-Anhalt: Skiing and tobogganing in the Upper... 8 North Rhine-Westphalia: Comeback from Wirtz: "A... 9 North Rhine-Westphalia: Advent Saturday in the retail... 10 Bavaria: drunk injured three police officers in the... 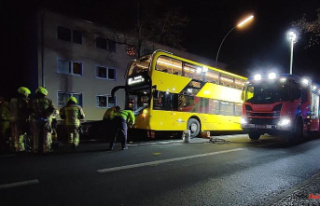