Trip with Jill: US President Biden falls off his bike

Because Joe Biden is the oldest president in the history of the USA, an apparently harmless fall from a bicycle caused a great stir in the White House. 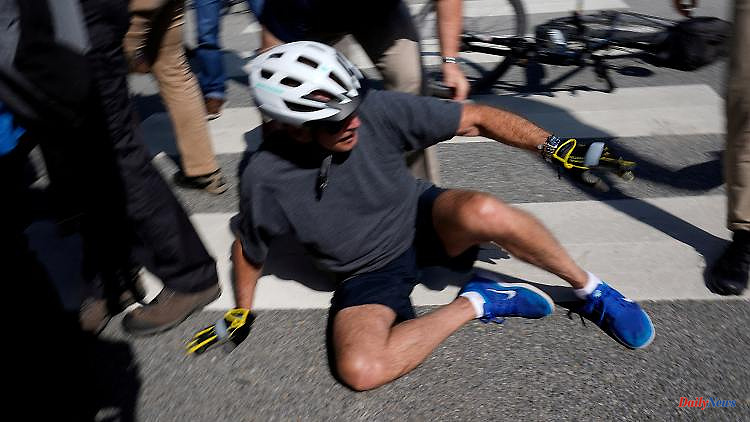 Because Joe Biden is the oldest president in the history of the USA, an apparently harmless fall from a bicycle caused a great stir in the White House. In any case, he gets up again, says he's fine and drives on.

US President Joe Biden fell off his bike on a morning tour but apparently was not injured. Video from the White House reporters distribution list shows the 79-year-old getting up and saying, "I'm fine." He then said he lost his balance trying to pull his foot out of the pedal loop.

Biden wanted to stop near their beach house in the state of Delaware on the bike ride with his wife Jill to talk to passers-by. The two drove on five minutes after the incident.

The result of the fall was above all "a wild confusion between the Secret Service and the press," according to the White House press distribution list. Biden suffered no visible scratches or bruises. "No medical treatment is required. The President looks forward to spending the rest of the day with his family," the official said.

Biden is the oldest US President in history and his health has been the subject of much speculation. In November 2021, his doctor certified that he was "healthy" and "robust". 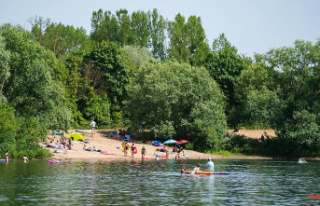 First hot weekend of the year: Heat in Germany - Sahara...