Jonathan has lived in the Governor's Garden on St. 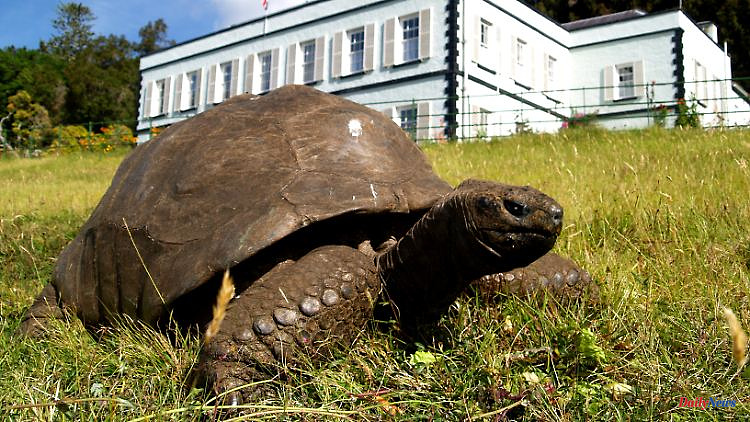 Jonathan has lived in the Governor's Garden on St. Helena for 190 years. The giant tortoise is described by its keeper as a leisurely older gentleman. Jonathan survived more than 30 governors and now gets an entry in the Guinness Book of Records.

Jonathan likes to graze in the garden, take a cool bath or sleep in the shade of the trees. Jonathan is the oldest tortoise in the world, as officially confirmed by the Guinness Book of World Records. Jonathan has lived on the island of St. Helena, a British protectorate off the west coast of Africa, since the century before last. As a symbol of the island, he celebrates his 190th birthday there from December 2nd to 4th.

Jonathan, who belongs to the subspecies of the Seychelles giant tortoise (Aldabrachelys gigantea hololissa), lives with three other giant tortoises - David, Fred and Emma - in the garden of the governor's seat of St. Helena, a colonial building on an extinct volcano. Mating with Emma was once one of Jonathan's favorite activities, says Jonathan's caregiver, veterinarian Joe Hollins, whose full name is actually Jonathan. But as he got older, Jonathan had become a "lazy, older gentleman" who liked to go his own way.

Jonathan has lived on the 121 square kilometer island with almost 4500 inhabitants since 1882. Around 60 years earlier, Napoleon, who had been banished to St. Helena, died here. The tortoise was a gift for the British Sir William Grey-Wilson, who later became Governor of St Helena (1890 - 1897). Since then Jonathan has lived in the garden of the residence where he has seen more than 30 governors come and go.

Nobody knows Jonathan's exact date of birth, but a historic letter and a photo prove that he is at least 190 years old. The letter from the year of arrival shows that Jonathan landed as a "mature animal". Also on a photo taken on the island between 1882 and 1886 you can see from the shell diameter that Jonathan was already fully grown when he arrived. According to experts, this is equivalent to a minimum age of 50 years for turtles.

Actually, the average life expectancy of his conspecifics is 150 years, says Hollins, but Jonathan is a survivor. For many decades, giant tortoises were considered a delicacy, especially among seafarers. The animals were nutritious, easy to capture, and easily stacked on deck, Hollins said.

Jonathan has seen world wars, eight monarchs on the British throne and 40 US presidents since his birth (estimated at 1832). His birth predates the printing of the first postage stamp (1840), the construction of the first skyscraper (1885) and the completion of the Eiffel Tower (1887).

"For us, Jonathan is a symbol of permanence and survival. He's seen wars and plagues come and go, empires rise and fall without knowing it himself," says Hollins. "He gives us hope that something can survive on our planet despite the brutality of humanity."

Hollins has been taking care of Jonathan, who weighs around 180 kilograms, for twelve years. At 65, Hollins is just a third his patient's age. The vet makes sure that Jonathan is getting enough vitamins, minerals and trace elements. Once a week, he hand-feeds him his favorite treats: cucumbers, lettuce, carrots, apples, bananas, and guava. "I love Jonathan, but I'm realistic about love in return. He just sees me as a food delivery guy," says Hollins.

Jonathan is now blind and has lost his sense of smell. But his hearing is excellent, says Hollins. Jonathan recognizes the carer by the voice and generally enjoys spending time with people. When he hears visitors, he often comes running, lets you pet him and take a picture, says Hollins. He also loves the sounds of the adjacent tennis court - Jonathan often stands for a long time at the fence and listens to the voices and the balls hitting the ground.

For the residents of St. Helena, Jonathan has become an icon. A 5p coin already bears his likeness, with the inscription "Jonathan the giant tortoise". Part of the December birthday celebrations is the release of a Jonathan stamp. The tourism authority has planned events over three days for the festival. Visitors will receive an official commemorative certificate with Jonathan's footprint, signed by the governor. Those who cannot be there in person have the opportunity to join the garden via live stream to get an insight into Jonathan's daily life. Joe will of course feed Jonathan his favorite vegetables. 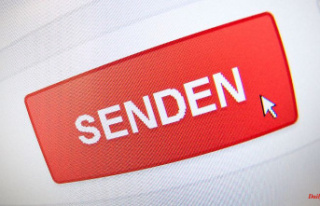