Rare mushrooms and spectacular seas of flowers once defied extreme drought in the Atacama Desert. 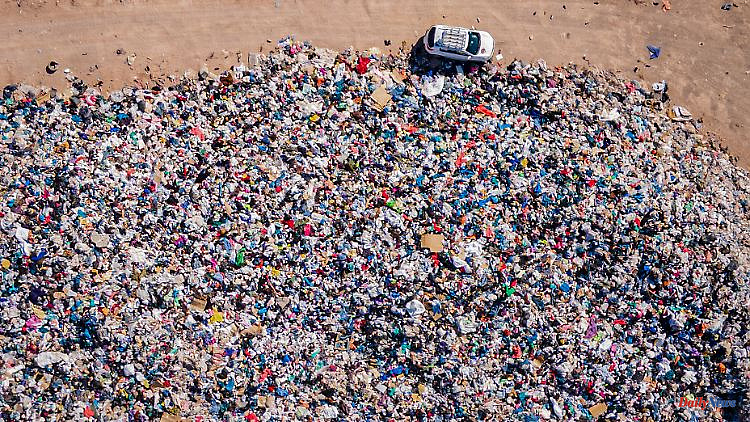 Rare mushrooms and spectacular seas of flowers once defied extreme drought in the Atacama Desert. Today scrap metal and tons of old clothes are piled up on the slopes. Activists see the massive pollution not only as an environmental sin, but also as a "danger to people."

For eight million years, the Atacama Desert has allowed an ecosystem unique in the world to thrive, now the driest desert on earth is threatened not only by lithium mining but also by the garbage trade. Mountains of old clothes and shoes and never-ending rows of discarded tires and junk cars are already disfiguring several areas of the desert in northern Chile. "We're no longer just the local backyard, we're the backyard of the world," says Patricio Ferreira, mayor of Alto Hospicio, one of the poorest cities in the country.

Chile has long been a hub for used and unsold clothing from Europe, Asia and the United States, which is either resold in Latin America or left to rot in desert dumps. Because of the insatiable global urge for fast fashion, more than 46,000 tons of used clothes ended up in the free trade zone of Iquique in northern Chile last year.

Old clothes are full of chemicals and take up to 200 years to break down, activists say. In this way, it pollutes the soil, the air and the groundwater. Sometimes the piles of clothes are set on fire to get rid of them faster. "The material is highly flammable, the fires are poisonous," says lawyer Paulín Silva, who has filed a lawsuit with the country's environmental court over the damage caused by the import of scrap and old clothes. "We have to find those responsible," demands the 34-year-old activist as she stands in the middle of the heaps of old clothes. From their point of view, this is "an environmental risk, a danger to human health".

Copper and lithium are also mined intensively in the Atacama Desert with its impressive beauty and extensive salt flats. Carmen Serrano, director of the environmental organization Raices Endémicas (Native Roots), says most people see the Atacama as just "bare hills" that they can "exploit or enrich themselves from."

For more than eight million years, the 100,000 square kilometer Atacama has been the driest desert in the world. It rarely rains, in some parts never. The district of Yungay near Antofagasta is the driest. Researchers have found extreme life forms here, microorganisms that have adapted to a virtually waterless environment with high levels of solar radiation and few nutrients.

Scientists believe that studying these microorganisms could lead to insights into evolution and survival on Earth and other planets. NASA considers Yungay to be Earth's most similar landscape to Mars and uses it to test its robotic vehicles.

While it doesn't rain much, fog banks drift across the desert near the coast, allowing some plants and vertebrates to survive. Some of the world's toughest lichens, fungi and algae thrive here. Numerous colorful wildflower species, primarily purple, bloom in a spectacular carpet of flowers every five to seven years when the rainfall is above average. Their seeds can survive in the sand for decades while waiting for a bare minimum of water.

It is an ecosystem that is "very vulnerable because any change or decrease in rainfall or fog has immediate consequences for the species that live there," explains Pablo Guerrero, researcher at the Institute of Ecology and Biodiversity (IEB). "There are cactus species that are thought to be extinct due to pollution, climate change and human settlement. Unfortunately, we're seeing this on a large scale, and it's gotten systematically worse in recent years."

Mayor Ferreira says: "We feel that our country is being sacrificed." He laments a "lack of global awareness, a lack of ethical responsibility," adding, "These are unscrupulous people from all over the world who come here to clean up their trash." He is helpless in the face of the problem. "We cleaned up once, but then they just leave their dirt a bit further."

1 Electronic procedure: This is how the new sick note... 2 Silent withdrawal: Is there a way back from inner... 3 Gasoline that drives electrically: Nissan X-Trail... 4 Hesse: Searches for hate messages - nine suspects 5 Bavaria: Bavaria dominates industrial gingerbread... 6 Bavaria: 61-year-old trapped under tractor - seriously... 7 Bavaria: Searches for hate postings on the Internet 8 Baden-Württemberg: Trend researchers: "There... 9 Bavaria: truck burns out on A93 – 100,000 euros... 10 Baden-Württemberg: Accidents on the A5 and A8 motorways... 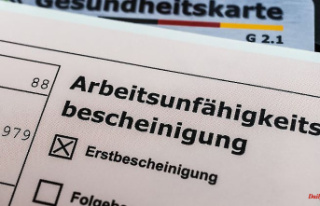 Electronic procedure: This is how the new sick note...