The corona pandemic is not over yet, when experts are again advising whether public health is threatened on a larger scale: by monkeypox. 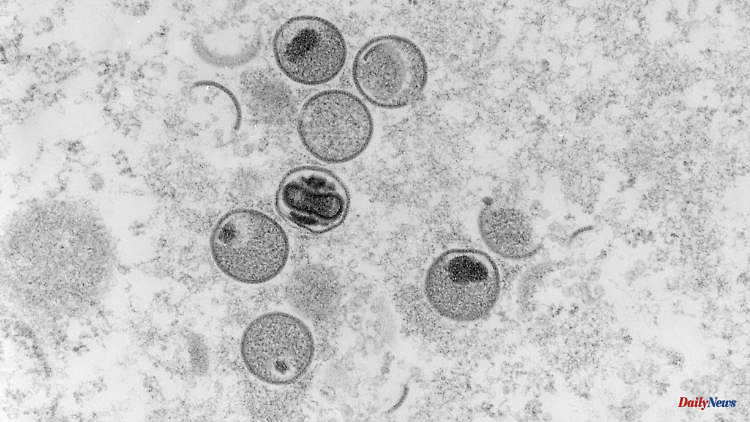 The corona pandemic is not over yet, when experts are again advising whether public health is threatened on a larger scale: by monkeypox. "We don't want to wait until the situation gets out of hand," warns WHO specialist Ibrahima Socé Fall.

The number of monkeypox detections is increasing in Germany and more than 40 other countries. The World Health Organization (WHO) has therefore convened a monkeypox emergency committee. Independent experts will advise throughout the day on whether public health is at greater risk. Then they would recommend declaring an “emergency of international concern”. Ultimately, the decision rests with the WHO. The result of the deliberations of the expert council should not be known until Friday.

Why is the committee meeting?

The WHO is concerned about the increase in reported cases. The virus is behaving unusually and more and more countries are being affected, said WHO chief Tedros Adhanom Ghebreyesus. By mid-June, the WHO had reported a good 2,100 cases. Since then, the number has doubled in Germany alone. Worryingly for the WHO, 98 percent of the cases were detected in countries where the virus was previously virtually unknown, rather than in the African countries that have known contagions for decades. "We don't want to wait until the situation gets out of control," said WHO specialist Ibrahima Socé Fall when the committee convened.

What does it mean when an emergency is declared?

A Public Health Emergency of International Concern (PHEIC) declaration is the highest level of alert that WHO can raise. This has no direct practical impact. Rather, this should increase the attention of the 194 member countries. The expert council makes recommendations: for example, that clinics and practices should keep an eye out for cases and provide information to ensure that as few people as possible become infected. The council is also assessing "the risk of international spread and risks to international traffic," WHO spokeswoman Carla Drysdale said. What conclusions governments draw from this is up to them.

If the emergency is declared, does the world need to brace for a coronavirus-like pandemic?

no Even after the appearance of Sars-CoV-2 on January 30, 2020, the WHO declared an "emergency of international concern". But the diseases cannot be compared at all. According to the current state of knowledge, monkeypox is mainly transmitted from person to person through close physical contact. According to WHO data, 99 percent of those affected are men up to the age of 65 who have sex with men. In general, however, anyone who has close physical contact with an infected person can become infected. In contrast, the Sars-CoV-2 coronavirus spreads via virus-containing aerosols that are produced when infected people breathe, cough and speak. Aerosols can remain airborne for long periods of time, contributing to rapid transmission.

As of January 30, 2020, Corona had a good 20,000 confirmed and probable infections with the new virus in China and 83 reported cases in other countries. As of June 15, the WHO reported over 2,100 cases of monkeypox from over 40 countries.

What are the pros and cons of declaring a global emergency?

First of all, health experts in Geneva think it is unlikely that the committee would recommend a declaration of an emergency at its first meeting. On the other hand, the number of infections is not increasing explosively because, according to the current state of knowledge, transmission is much more difficult than with Corona. In the current outbreak, no serious or fatal courses of the disease have usually been observed so far. In addition, the monkeypox pathogen is a DNA virus and not an RNA virus like Sars-CoV-2: DNA viruses are slower and rarely mutate. Therefore, more and more contagious variants like Corona are not expected so quickly. Unlike when Corona started, there is already a vaccine. It was developed against human pox, but is also effective against monkeypox.

This speaks for itself: The virus behaves differently than was previously known. Monkeypox is actually a disease of rodents in West and Central Africa. Occasionally they jump over there to monkeys and also to humans. Human-to-human transmission is possible with close contact. The fact that the virus is also spreading in Europe is new.

The WHO has been sharply criticized on several occasions for reacting too late to threats. After the Ebola outbreak in West Africa in 2013, it only responded with emergency measures in August 2014. More than 11,000 people lost their lives. She was also accused of this in the case of Corona. But the problem was more that many countries - including Germany - despite all the WHO warnings in January 2020, wrongly felt that they were well armed for too long. To date, the WHO has registered more than 530 million corona infections and more than 6.3 million deaths. She assumes a high number of unreported cases.

How is the situation in Germany?

As of June 22, 14 federal states have reported evidence of monkeypox, with a total of around 520 people affected. A further increase is expected. But “it still seems possible to limit the current outbreak in Germany if infections are recognized in good time and precautionary measures are implemented,” writes the Robert Koch Institute.

1 Multiple ongoing investigations: Police chief furloughed... 2 Digging, weeding, planting: who garden therapy can... 3 Greece - because of love: visiting 20 women 4 It can happen to anyone: Why male depression is recognized... 5 "They look like mine": potted vulvas and... 6 "Is Albus Dumbledore gay?": Rowling is taken... 7 New music after a long illness: Ozzy Osbourne is "Patient... 8 "That no longer exists": Lombardi is already... 9 "I wouldn't repeat it": Bernhard Brink... 10 No more mobility issues?: The Queen is back in the... 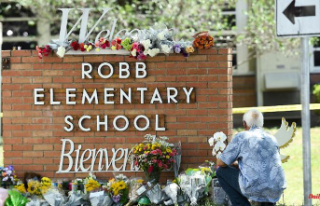