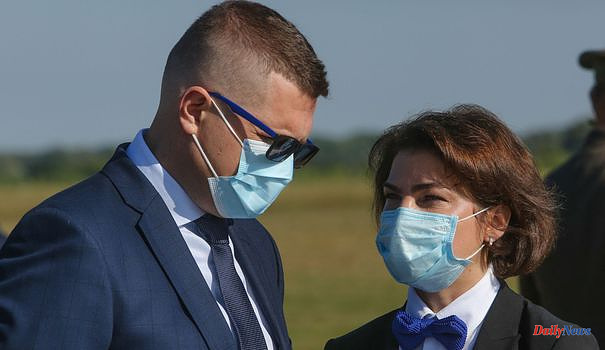 Thunderbolt. Ukrainian President Volodymyr Zelensky has sacked the country's chief prosecutor and security service chief on suspicion of treachery by some of their subordinates for the benefit of the Russian invader. "I have taken the decision to relieve the General Prosecutor" Iryna Venediktova, "and the head of the security services" Ivan Bakanov from their duties, Volodymyr Zelensky solemnly declared on Sunday evening. It is a decision as radical as it is surprising, especially since Ivan Bakanov, placed at the head of intelligence, is none other than the childhood friend of the Ukrainian president.

For several weeks, the Ukrainian authorities have been investigating more than 651 cases of suspected treason by local officials, including 60 in the occupied areas. "Such a large number of crimes against the foundations of national security and the established links between Ukrainian law enforcement officials and Russian special services raise very serious questions for the leaders concerned. Each of these questions will receive a response", detailed Volodymyr Zelensky in his speech.

Bakanov's dismissal comes after the secret services announced on Saturday the exclusion of a regional chief suspected of being a Russian mole. Problem: This mole was named by Bakanov himself. A burden to bear for Zelensky's loved one. The Head of State has therefore chosen to part with it, which could weaken the coordination of the services at the head of the State as Zelensky relied on Bakanov.

For Iryna Venediktova, who led the investigation into alleged atrocities committed by Russian forces in Boutcha, a suburb north-west of kyiv, which in the eyes of the West has become a symbol of Russian "war crimes" in Ukraine, it is paying for a reaction deemed too slow. Volodymyr Zelensky has appointed Oleksy Symonenko as the new Prosecutor General, by decree.

Russian journalist Marina Ovsiannikova, who became famous after appearing live on television with a sign criticizing Moscow's offensive in Ukraine, was arrested on Sunday, her entourage and her lawyer said before being released a few hours later. "I'm home, everything is fine," she said on Facebook overnight from Sunday to Monday.

No official statement has been made on the reasons for the arrest, but it comes days after Marina Ovsiannikova protested alone near the Kremlin holding up a sign criticizing the military intervention in Ukraine and President Putin. According to her lawyer, she is accused of having "discredited" the army. This charge, introduced during the war, carries a heavy prison sentence. No investigation has been officially opened against the journalist.

Donetsk still in sight, the Russian army is continuing its advance in eastern Ukraine with the aim of controlling the entire Donbass region. Despite the "operational pause" of its army decreed eight days ago and which ended on Monday, the Russian army maintains constant pressure on the whole territory. In the northeast, missiles struck overnight from Saturday to Sunday Kharkiv, the country's second city, near the Russian border. Other strikes targeted Mykolaiv, a southern city near the Black Sea. "Another massive shelling of Mykolaiv. Powerful explosions are heard. About ten have been heard so far," the city's mayor, Oleksandr Senkevych, wrote on Telegram.

"The Russians continue to bomb civilian infrastructure, especially educational institutions," warned the governor of Donetsk, Pavlo Kyrylenko. At the same time, the Russian general staff accuses Ukraine of also targeting civilian infrastructure. He notably accuses the Ukrainian forces of having fired 60 rockets on a district of the city of Donetsk without taking stock of the victims but presenting photos of the alleged damage.

Weapons, money, sanctions: EU foreign ministers on Monday reaffirmed their willingness to support Ukraine and increase pressure on Moscow despite the threat of a cut in Russian gas supplies.

"Some European leaders have said that the sanctions were a mistake, a fault. I don't think it's a mistake, that's what we have to do, and we will continue to do it," said the head of diplomacy European Union Josep Borrell, in response to criticism from Hungarian Prime Minister Viktor Orban. “Withdrawing the sanctions would be fatal. It is our credibility that is at stake,” insisted Luxembourg Minister Jean Asselborn.

Moscow is still blocking Ukrainian ports and has started to reduce its gas deliveries to EU countries, some of which such as Germany and Italy are very dependent on Russian supplies. “Russia is trying to demoralize us”, accused Anna Lührmann, the German Minister for European Affairs, being distant ready for “all kinds of scenarios”.

Berlin fears the closure of the Nordstream gas pipeline, through which transits a third of the 153 billion cubic meters of gas purchased annually by the EU. The pipeline is currently under maintenance.

The EU is looking for other suppliers. An agreement will allow imports from Azerbaijan to double "in a few years", European Commission President Ursula von der Leyen announced on Monday during a trip to Baku. Azerbaijan supplied 8 billion m3 to EU in 2021

The Russian army would have lost 50,000 men, dead or wounded, and thousands of armored vehicles, according to the chief of the British army staff, Admiral Tony Radakin, i.e. "more than 30% of its effectiveness in land combat ". More than 37,000 soldiers died in combat according to the Ukrainian army. In either case, the number of Russian soldiers killed in Ukraine would already exceed the number of Soviet soldiers killed in Afghanistan (15,000), in a decade of war in the 1980s. And the soldiers are beginning to miss in the ranks of the Moscow army.

The resumption of grain exports from Ukraine is a "matter of life or death" and we "hope" that an agreement will be reached this week to unblock the port of Odessa, also declared on Monday the head of European diplomacy, Josep Borrell. "The lives of (...) tens of thousands of people depend on this agreement" being negotiated between Russia, Ukraine, Turkey and the United Nations, he explained on his arrival at Brussels for a meeting of EU foreign ministers on the war in Ukraine.

The draft agreement aims to bring out through the Black Sea some 20 million tonnes of grain blocked in Ukrainian silos because of the offensive led by Moscow. It must also facilitate Russian exports of cereals and fertilizers, affected by Western sanctions affecting Russian logistics and financial chains. Russia has announced an "outcome document" for a meeting hosted by Turkey this week.

1 Tax receipts increase sharply in June 2 Who is Rouja Ignatova, the 'cryptocurrency queen'... 3 HSV icon: "He was a role model for many"... 4 Finally pensioners - Germany's seniors are so... 5 206,000 cases in France, China confines millions of... 6 "We want to be the best, not the biggest" 7 Infectious diseases: let's be selfish, let's... 8 Japan increases sales tax again 9 Kurt Russell and Son Wyatt Cast in 'Godzilla'... 10 Florian Silbereisen's show "Schlagercomeback":... 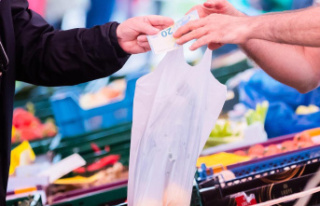