The east coast of Australia is hit by torrential rains. 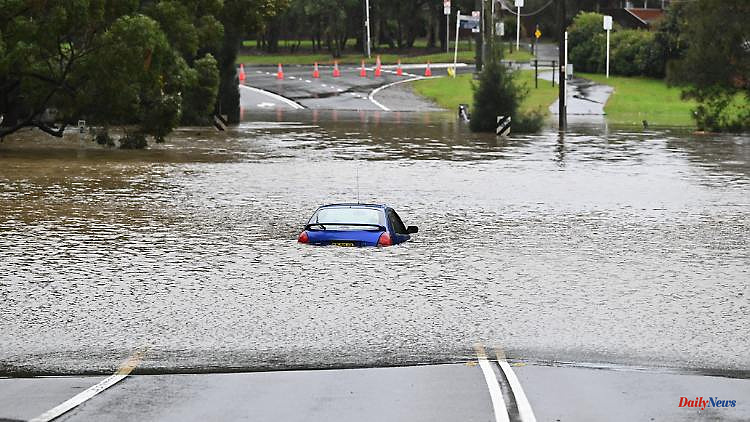 The east coast of Australia is hit by torrential rains. Many Sydney residents are now being asked to get to safety. Civil protection warns that the situation could get much worse.

Thousands of Sydney residents have been asked to evacuate their homes due to the flooding. The district of Camden in the southwest of Australia's largest metropolis is under water after torrential rain on the east coast. "The situation could get much worse as the night progresses," warned the state's director of civil protection, Carlene York.

Heavy rains and overflowing dams and rivers caused flash floods and landslides along the east coast from Newcastle to Batemans Bay in the state of New South Wales. "It is a rapidly evolving situation," said New South Wales Minister for Disaster Management Steph Cooke. "It could well be that areas are affected that have never been hit by flooding before."

The heavy rains caused Sydney's main dam to overflow early Sunday morning, the water authority said. "The water can't stay in the dams anymore," York said. "The rivers flow very fast and are very dangerous. There is also a risk of flash flooding depending on where the rains occur."

On Sunday alone there were almost 2,000 calls for help in the affected regions. 29 people were rescued from the floods within 24 hours - including a woman who held on to a pole for an hour while rescuers tried to reach her. However, help came too late for one man: he had fallen out of his kayak and was dragged dead from Sydney Harbour. The Australian government has provided the state with 100 soldiers and two helicopters to help with rescue operations. Photos showed how lower-lying areas in the southwest of the metropolis were a good 1.50 meters under water.

According to media reports, the Sydney area has already had four times as much rain as usual in the entire month of July. The weather service warned that water levels in the region could rise at least as high as in March, when much of the same area was flooded. The first dam had already overflowed. Meteorologist Jonathan How told ABC that in Menangle, about 70 kilometers southwest of Sydney, the river level had already reached 16.5 metres, just below the record level of 16.8 meters set in April 2022. 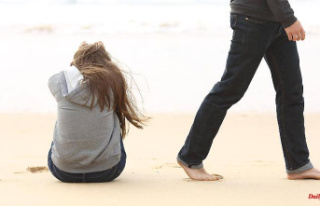