Weather week in a quick check: Thunderstorms and storms end the great heat

Thunderstorms follow the heat, and it's the same this time: after the hot weekend, there will be showers and thunderstorms, and isolated storms. 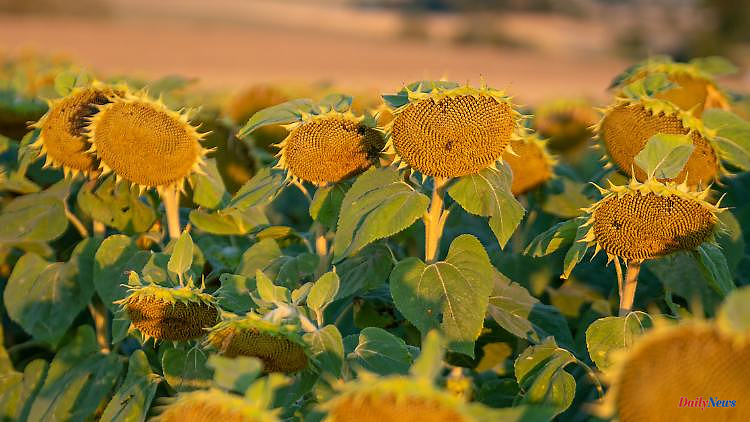 Thunderstorms follow the heat, and it's the same this time: after the hot weekend, there will be showers and thunderstorms, and isolated storms. Even at the end of the week it could crack properly. The great danger here: masses of rain that cannot be absorbed by the bone-dry ground.

The view of the coming weekend can currently be relaxed. Because the weather computers see us away from great heat with almost supercooled to not summery values. However, the way there could be an explosive act: partly heavy showers and thunderstorms are threatening and should thus put a stop to the really big drought for the time being.

However, estimating the distribution of precipitation and the possible amount of rain is like playing a lottery, so different are the assessments of the forecasts. The American and Australian weather models put a big exclamation mark, according to which peaks of up to 200 liters per square meter are conceivable by the end of the week. A huge rain potential, which is outlined in particular in the eastern half of our country.

The European weather model is currently taking it easy. Rain totals of 25 to 50 liters would also be quite common here, even up to 150 liters per square meter on the edge of the Alps. That would be a first and equally serious relief in this drought summer. The problem, however, is that the soil is often bone dry and therefore cannot absorb the possible heavy rain quickly enough. This threatens flooding.

Responsible for the change in weather is on the one hand the weakening midsummer high "Oscar", which is shifting towards northern Scandinavia and Russia. On the other hand, this clears the way for two low-pressure areas: first "Jelena", then "Karin". In between there is a load of cooler air, a good portion of muggy weather and another heat peak, which again has up to 35 degrees in its luggage on Wednesday. After that it cools down permanently. Here are the details for the upcoming heat and storm battle:

Monday night: lightning in the west

It will again be a very warm, partly tropical night - i.e. with lows not below 20 degrees before the first thunderstorms appear in the west. Otherwise it will remain dry and partly clear, so that the Perseid shooting star rain, which is currently at its peak, could get some attention again.

In the north and north-east it will remain mostly sunny and dry until noon. Otherwise, the new week begins with a mix of sun and clouds. In places, heavy showers or thunderstorms are on the way, which are occasionally accompanied by thunderstorms from downpours, hail and squalls. It is very humid with 23 to 31 degrees. It is hottest in the east, coolest on the edge of the Alps and in the Eifel.

Apart from local thunderstorms in the northeast, the day will be mostly friendly to sunny and dry. In addition, the temperatures often reach 27 to 33 degrees - the hotspot is the Upper Rhine. Midsummer wants to know it again.

The uncertainties are still great. Nevertheless, it seems clear that it will be sunny in the east for a long time on Wednesday and again very hot with peak values ​​of up to 35 degrees. At the same time, thunderstorms are pressing in the rest of the country in the sometimes very humid air. Heavy rain, hail and squalls are to be expected at certain points. Flooding is also conceivable in view of the possible amounts of rain. The temperatures will reach between 25 degrees on the North Sea and up to 35 degrees in the east on Wednesday. Thursday opened a range of 22 degrees in the thundery and wet Eifel and up to 32 degrees on the Oder and Neisse.

Friday and weekend: is the thunderstorm coming?

The further development is evaluated very differently by the weather computers. The main question here is how intensively the next thunderstorm will hit us. If it hits full, then the amounts of rain described above are plausible up to and including Sunday, and we would also have to reckon with flooding or even flood events in some cases. What is safer is that the really intense heat is over for the time being.

On Friday we can expect severe to severe thunderstorms in the eastern half. Otherwise it remains changeable with only 17 to 24 degrees, in the far east still up to 26 degrees. The weekend also tends to be mixed and windy, with the situation generally relaxing on Sunday - all with highs of between 19 and 25 degrees.

1 Scientists answer: Does the gender star have a future? 2 Did air conditioner start fire?: 41 dead after church... 3 Air traffic stopped: man fires shots at Australian... 4 Is the salt content too high the cause?: Fish did... 5 Criminals block roads: Mexico reports arrests after... 6 Accident in Brandenburg: Two people die in a light... 7 First test results: Fish in the Oder did not die of... 8 Sister reports death after coma: "Beverly Hills,... 9 "Empathy is our superpower": Émile Bravo... 10 Celebrating the first anniversary: ​​"Bachelorette"... 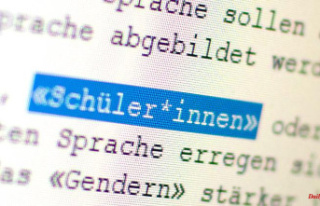