Wet and cold weekend: Winter is making a fresh start from two directions

Wintry weather is spreading in the east and south. 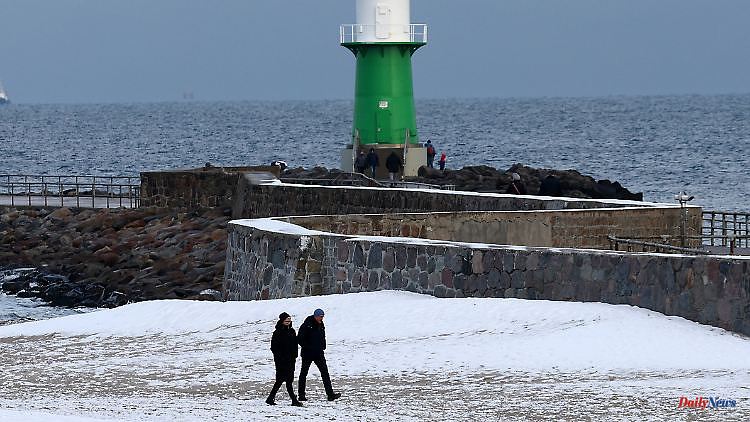 Wintry weather is spreading in the east and south. This could slowly move over Germany at the turn of the month - with snow and partly permafrost, as ntv meteorologist Björn Alexander knows. Until then there will be a lot of fog with temperatures mostly in the single digits.

ntv: The winter mezzo seems to be over in eastern Germany soon. What is happening in the weather kitchen?

Björn Alexander: At the moment, the lows from the west want to take control with milder air. And in this respect, the east is also thawing again with slight plus degrees. However, the forecasts of the weather computers are again causing tension. This affects both the next week and the rest of December.

First of all, the boundary conditions have to be taken into account. On the one hand with the large European cold pole, which has now developed in the north and east of our continent. So the cold air is not far away. Especially since, on the other hand, winter has also brought itself into position in the Alps. In the past few days, there has been up to 50 centimeters of fresh snow with sometimes freezing nights and values ​​in the double-digit minus range.

With effects up to us in Germany?

Not for now. West's mitigation kicks in before two things happen. A massive winter high over Russia and Scandinavia is once again sending colder air from the east to Central Europe. At the same time, the lows from the west are also tapping into wet, cold air from the North Atlantic. At the beginning of December and the second weekend in Advent, it could - if it actually happens - be quite wintry here.

Definitely in the mountains. In the lowlands, the weather computers rate the snow chances very differently. However, the European weather model in particular is taking a cold approach, with which it can become partially white again over the course of the next week, even down to the lowlands.

What does further development say?

Even in the first third of December it will continue to be cold. This winter forecast for the first third of the month is currently also being strengthened by the American weather model, which keeps the chances of snow down to the lowlands, frosty nights and sometimes permafrost days in the race.

Are there any other forecasts?

These exist in the form of experimental long-term calculations. According to this, we can expect the influence of low pressure with variable sections in the second third of the month. Sometimes in rather mild air, sometimes colder air mixes in and thus continues to open up the option of snowflakes down to the lowlands.

Any chance of snow at the festival?

The forecasts are currently pointing to a milder course in the last third of December. In other words: classic Christmas thaw. But there is still a long way to go and a lot will certainly happen. But the fact is that this year it could be a really exciting race for our weather at Christmas. Incidentally, we also see this in the experimental forecasts of the American weather service NOAA, which mean temperatures in southern Germany for December 2022 and only about 0.5 degrees above average in the middle and the north. There is plenty of air left for cold sections and phases.

From a distant look at the coming weeks back to next weekend: What prospects await us?

The start of the weekend will bring a lot of clouds in the east and southeast with rain that will turn into snow in the mountains above around 500 to 800 meters. Otherwise, the sun, clouds and fog or high fog divide up the events among themselves. It should be the most beautiful in the southwest and in the North Sea area. In addition, the temperatures reach between 4 and 11 degrees Celsius.

And on Sunday, the first Advent?

In addition to the first candle, a little light also goes on in the sky in the form of the sun - at least away from it and after fog it becomes beautiful. Only later do the next clouds with rain appear in the west. The whole thing at 10 degrees on the Rhine and 2 degrees in the Ore Mountains.

How's it going next week?

On Monday, precipitation will advance eastward. At the same time, the snow line falls, so that in the mountains, maybe also in the higher flat areas - especially in parts of Bavaria - there can be snow again at the start.

A little milder in the western half at up to 11 degrees, further east on the other hand a little cooler with sometimes hardly more than 1 degree. On Tuesday it will continue with 0 to 9 and on Wednesday with 0 to 8 degrees. At night we can expect frost or ground frost, mainly in the middle and in the south, and occasionally a few flakes will fall down to lower altitudes. More frequent and heavier snow showers will probably be more limited to the mountains at first. If it hasn't already happened, it's high time to switch your car to winter tires. 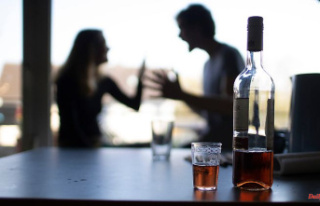