What's the best way to save energy?: Counseling center phones are overheating

Photovoltaics on the roof or would you rather replace the heating? With the price increases in the energy sector, the concerns of consumers are also increasing. 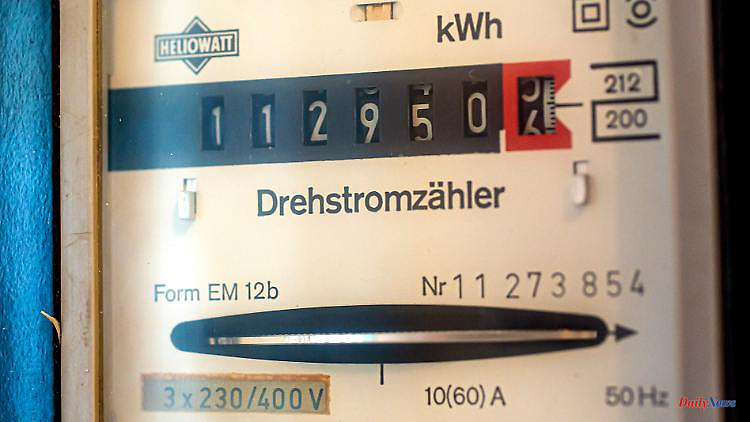 Photovoltaics on the roof or would you rather replace the heating? With the price increases in the energy sector, the concerns of consumers are also increasing. More and more Germans are therefore looking to experts for advice. But if you want to know where you can save best, you have to be prepared for long waiting times.

Due to rising energy costs, many more citizens than before are seeking advice from advice centers on how to reduce consumption and become less dependent on gas and oil. Based on figures from the first half of the year, the Federation of German Consumer Organizations (VZBV) expects its experts to carry out 270,000 energy technology consultations nationwide this year. In 2021 it was 178,000. In previous years, the numbers were much lower: in 2019 there were a good 100,000 consultations, in 2020 around 150,000.

The increase in the past two years was due to Corona - people were at home a lot and were more concerned with their homes. The fact that it is now rising steeply from this high comparative level illustrates the importance that consumers currently attach to the topic of energy.

The discussions, which are conducted by telephone, online tools or on site, not only deal with the question of how to save energy, but also with information on replacing the heating system, photovoltaics on the roof and other topics. The waiting list for the talks is long, says Peter Kafke, Team Leader Energy Consulting at VZBV. "We are still working on inquiries from February."

Demand picked up last fall when complaints about price increases increased and two discounters terminated customers who still had relatively cheap contracts. There are lawsuits about this. The price of electricity and heat has risen significantly since last year - consumers felt that.

Since Russia has suspended its gas supplies via the Nord Stream 1 pipeline for the time being and may not restart even after maintenance work, the situation could soon deteriorate significantly. With a view to the heating period in autumn and winter, the Federal Network Agency is assuming that there will be large jumps in prices. Bundesnetzagentur boss Klaus Müller recently told the editorial network Germany: "From 2023, gas customers will have to prepare for the discounts to triple, at least."

The municipal utilities also offer energy advice, and demand there is also through the roof. The Association of Municipal Enterprises (VKU) reports on numerous member companies that recorded an increase in demand of more than 100 percent in the first half of the year, and for some it was even steeper. "There is a lot of interest in what options there are to get away from fossil fuels," says a spokesman. It is often about photovoltaic systems or heat pumps.

According to the company, the number of on-site consultations at Stadtwerke München increased fivefold in the first half of the year. Many consumers are already at their financial limit because of the higher costs, says the Hessian consumer advocate Wendt. If the federal government announces a gas shortage and then there are further price increases, "then we will be overwhelmed with inquiries from concerned consumers".

"Especially the people who have just been able to get by with their income and have not been able to put anything on the high edge will be eaten up by energy debt," says Wendt. The consumer advocate is demanding a ban on electricity and gas cut-offs for defaulting customers from politicians. "Next year we have to see how we can get households out of debt: the state will have to provide money and the energy suppliers will have to forego some of their claims."

According to the VZBV expert Kafke, the consumer's view of the subject of energy has changed fundamentally. "We used to have to promote the topic of saving energy - people were skeptical and restrictions on comfort were taboo."

Today, however, people are very interested in the topic. How can you slow down the foreseeable rise in heating costs in autumn and winter? Heat less and heat more consciously - that is, only where it is necessary, says Kafke. "If it's four degrees less warm, you save a quarter of the energy in terms of space heating." People often don't realize how warm it is at home. "If a room is 22, 23 or even 24 degrees, then the savings potential is great." Consumers would gradually become aware of this.

Hot water consumption can be reduced by showering less and for shorter periods. In general, it is important that consumers are aware of the topic of saving energy - "and that they don't forget to turn down the heating if they don't need the heat at all," says Kafke.

And how does it continue? The managing director of the consumer center Brandenburg, Christian Rumpke, does not suspect anything good. "We are now seeing the first harbingers of expensive energy." The development will accelerate. "Energy is becoming a scarce and very expensive commodity." The consumer advice centers therefore have a double saving tip, so to speak: save energy and build reserves - in order to be prepared to cope with the foreseeable high costs.

1 Four-year-old killed in Vinnytsia: Mother Iryna does... 2 Heavy forest fires in Portugal: Pilot dies in crash... 3 One for all: is it vintage or can it go away? 4 ARD presenter has Corona: Caren Miosga missed the... 5 Pop-Titan back at DSDS: nothing to get without planks 6 Relationship with his nephew ?: Ricky Martin defends... 7 Theodore the "most beautiful gift": Maria... 8 Enjoy summer nights: planting and lighting tips for... 9 Extreme weather in southern Europe: heat and fires:... 10 Travel for cyclists: from sports holidays to family... 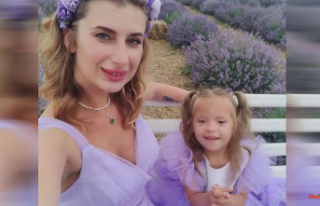