'Why are you whispering?': 911 operator fired after shooting

Ten people died in a shooting at a supermarket in Buffalo, US. 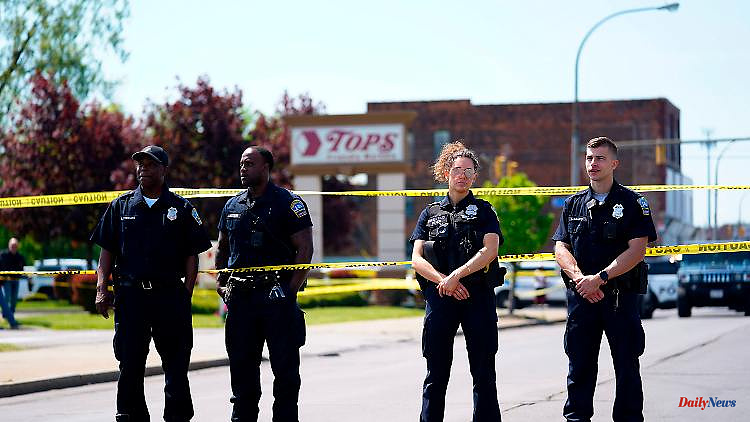 Ten people died in a shooting at a supermarket in Buffalo, US. An employee dials the emergency number, but at the other end of the line she is met with little understanding. The emergency call worker is said to have yelled at her and finally hung up.

An 911 dispatcher has been fired after she mishandled a call from a supermarket worker during the Buffalo shooting in mid-May. The county government released the woman after a hearing, local newspaper The Bufallo News reports.

Accordingly, the fired emergency call employee was on duty in the police emergency call center on the day of the shooting when an 18-year-old opened fire in a supermarket with an assault rifle. Ten people were shot dead and three others injured. The supermarket's assistant clerk dialed 911 while hiding behind the counter. But instead of getting help, she was reprimanded by the emergency call worker, as the caller later reported.

"She yelled at me and said, 'Why are you whispering? You don't need to whisper,'" the supermarket worker said, according to the newspaper report. "And I said to her, 'Ma'am, he's still in the store. He's shooting. I'm scared for my life. I don't want him to hear me. Can you please send help?' She got mad at me and hung up." Then she dropped her phone. When she picked up the phone again, the emergency call recipient had hung up, she said.

The accused 911 operator said she was sorry for what the supermarket worker experienced during the shooting, but that she changed her story about what happened during the call several times, according to the report. "I'm being attacked for a page of history."

Erie County District Superintendent Mark Poloncarz said in the days after the incident that the operator disregarded her training and the way she responded to the caller was "completely wrong." After the allegations surfaced, the management of the central police services reviewed all emergency calls made during the shooting and identified the call in question, Poloncarz said. It's not clear who hung up the phone, but the response was "completely unacceptable."

1 Unusual. An Indian climbs Everest after simulating... 2 Bavaria: After storms, closures in the Bavarian Forest... 3 Bavaria: 45-year-old dies in an accident in the Rottal-Inn... 4 Protecting skin from UV rays: Which sun protection... 5 Baden-Württemberg: accident site overlooked: seven... 6 Baden-Württemberg: motorcyclist crashed into shovel:... 7 Baden-Württemberg: Motorcyclist dies on traffic island 8 Russians "pushed back" again: Ukrainians... 9 State has to tap storage: Breakdown in OMV refinery... 10 Rugby. Top 14: One last dance to get to know the ball's... 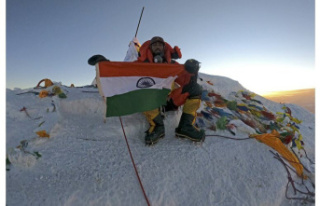