After days, the major fire on the Brandenburg-Saxon border is under control, but the danger is not over. 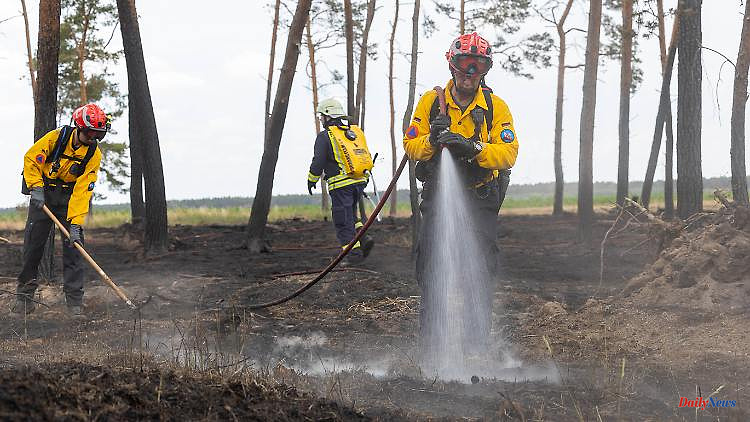 After days, the major fire on the Brandenburg-Saxon border is under control, but the danger is not over. Hot spots and wind can lead to fires again. The Bundeswehr, for example, should help to counteract this by cutting aisles in forested areas.

The big forest fire on the Saxony-Brandenburg border is under control. But it has not been extinguished and the danger has not been averted, said the Brandenburg forest fire protection officer, Raimund Engel, on request. The next few days would have to be closely monitored embers. They could flare up in the wind. "The tension is still high," said Engel.

Two armored recovery vehicles from the Bundeswehr are now to be used at the border, as the Saxon state fire director Dirk Schneider said in Dresden. Pioneers are currently in the area to plan the route for the tanks. They should cut aisles in the forest to prevent the flames from spreading. According to Schneider, the temperature on the ground is up to 400 degrees Celsius. If oxygen is supplied with wind, the flames could flare up again and again. "That's the big challenge."

In parts of Brandenburg and Saxony, the highest forest fire risk level five prevailed on Monday. According to Engel, the cause of the fire is suspected to be on the Saxon side, where there was a military training area. Ammunition hidden in the ground could have caught fire. The major fire broke out in Gohrischheide in Saxony on Thursday and spread to Mühlberg in Brandenburg on Friday. On Sunday, 154 firefighters were still deployed in Saxony and 162 in Brandenburg, it said.

About a week ago, forest fires in Treuenbrietzen and Beelitz south of Berlin caused great danger. About 200 hectares were in flames at a time. According to the forest fire protection officer Engel, 265 fires have already been registered on around 678 hectares of forest in Brandenburg this year. In 2018 there were 512 fires on about 1674 hectares. 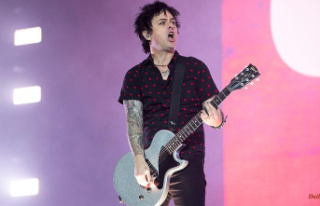