Recently there have been controls again at the border between the Czech Republic and Slovakia - two transit countries on the refugee route across the Balkans. 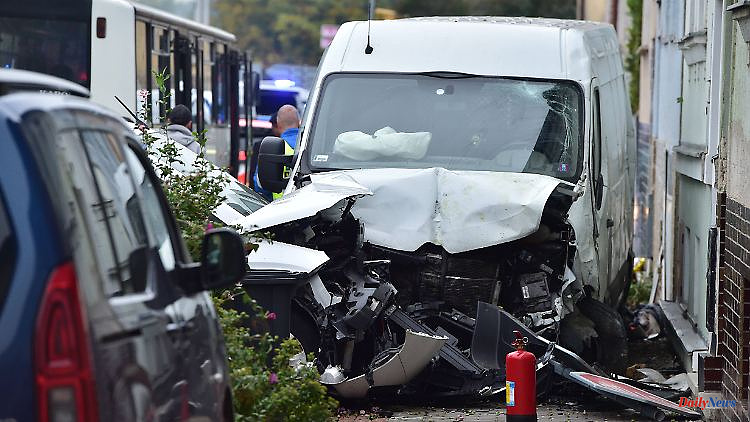 Recently there have been controls again at the border between the Czech Republic and Slovakia - two transit countries on the refugee route across the Balkans. However, a van with 29 migrants on board did not stop there in the morning. The subsequent chase with the police ends at a house wall.

Coming from Slovakia, the driver of the van did not stop at the border control at the Lanzhot crossing. In pursuit, he is said to have tried to force a police car off the road. Eventually he lost control of the vehicle at an intersection in Breclav and crashed into two parked cars, a road sign and a house. According to media reports, the migrants came from Syria.

Breclav is around 230 kilometers south-east of Prague. The Czech Republic temporarily reintroduced border controls with Slovakia on Thursday. This was justified with an increase in illegally entering migrants on the so-called Balkan route to Western Europe.

According to a report by the "Rheinische Post", the federal police describe the border between Germany and the Czech Republic as a "focal point". 11,827 cases of illegal entry have already been registered there this year. For comparison: In the whole of 2021 there were only about 4200.

In August and September 2022 alone, more than 6,500 were reported, a federal police spokesman told the newspaper. According to the "Rheinische Post", the authority put the total number of illegal entries into Germany in the current year at around 56,800. According to the federal government’s migration report, there were almost 35,500 border crossings in 2020 as a whole. The report for 2021 is not yet available.

The newspaper quoted the federal police as saying that "an increasing trend in the number of unauthorized entries detected" is "particularly noticeable at the German eastern and southern borders (to Switzerland, Austria, the Czech Republic and Poland) in the current year". Every day, the authority records an average of more than 400 people who have entered the country illegally in its area of ​​responsibility.

1 "Will be able to win a majority": Wigald... 2 Thuringia: Two accidents within minutes: driver's... 3 Bavaria: Natalie Geisenberger does not rule out a... 4 Bavaria: 16-kilometer diesel lane caused a motorcycle... 5 Saxony-Anhalt: Gazebos burn in Magdeburg: 30,000 euros... 6 Thuringia: Energy crisis: Verdi wants to close shops... 7 Baden-Württemberg: Drunk driver flees from the police 8 Bavaria: Herrmann affirms the value of the Christian... 9 Saxony: So far over 1600 swine fever detections in... 10 Russian-occupied Berdyansk: "Who knows what they... 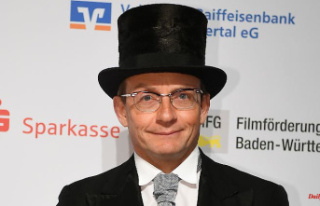