Shocking footage from a surveillance camera: in China, men beat women lying on the ground, dragged their hair across the sidewalk, kicked their heads. 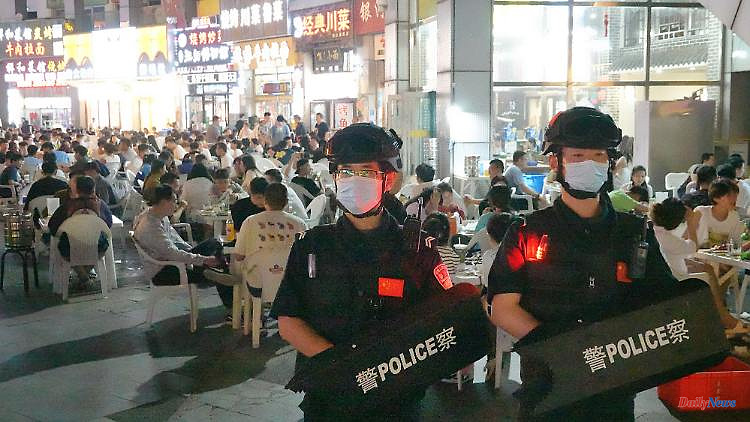 Shocking footage from a surveillance camera: in China, men beat women lying on the ground, dragged their hair across the sidewalk, kicked their heads. The video triggers shock and anger in the Middle Kingdom - and discussions about the security and rights of women.

Nine people have been arrested in China after a brutal attack on four women in the northern city of Tangshan on Friday. This was announced by the local police over the weekend. A video from a surveillance camera showing scenes of the incident was released on social media, sparking national shock along with anger, outrage and heated online discussions about the safety and rights of women in China.

The shocking surveillance footage shows a man in a restaurant approaching a woman who is eating at the table with her companions. The man puts his hand on the woman's back and she grabs his wrist and pushes him away. After a brief exchange of words, the man punches her in the face and pushes her to the ground when she tries to defend herself against him.

Her friends try to help her, but they too are brutally attacked by the man and his companions, who burst into the restaurant as violence erupts. The group of men drags the first woman through the door by her hair, hits her with bottles and chairs, and repeatedly kicks her on the head as she lies bloodied on the sidewalk.

Tangshan Police said two of the women were hospitalized after the attack but are now in stable condition. Two other women suffered minor injuries. An update said on Saturday that all nine suspects, including seven men and their two companions, have been arrested. Online videos show police patrolling restaurants in Tangshan.

Surveillance footage of the killing spread like wildfire in China after it was posted online, garnering hundreds of millions of clicks, sparking shock, anger and a nationwide outcry about women's safety. Many users expressed their horror that a woman was brutally beaten simply for rejecting a man's sexual harassment and questioned the safety of women in China.

Others berated the police for not taking action until the incident broke online and criticized gender inequality, the heavily patriarchal society, widespread misogyny and systematic violence against women in the Middle Kingdom. Authorities and state media immediately attempted to portray the attack as an isolated event, shifting the focus from gender issues to local gang violence.

But such discussions do not please the authoritarian Chinese government, which has long cracked down on the Chinese women's movement, arresting and silencing female activists. According to US television network CNN, the article published on WeChat was deleted from the internet in China along with other social media posts on gender issues. Weibo, China's Twitter-like platform, said in a statement Saturday that it had suspended 992 accounts for, among other things, "deliberately provoking a gender confrontation" when discussing the attack in Tangshan.

It is not yet clear what penalties the men will face. Gender-based violence is usually punished with relatively light penalties in China. In 2020, for example, a 25-year-old woman was beaten unconscious by a group of men after she defended herself against sexual harassment by a man. The perpetrators were only detained for 10 to 13 days.

1 Rugby. Nationale : Ben Neiceru passe du SOC au VRDR 2 Montchalin and Beaune... These ministers are in trouble... 3 Thuringia: Discussions on the budget: Siegesmund urges... 4 Legislative 2022: At Holland, Le Foll, or Delga there... 5 Brittany no more RN candidates, antivax out the Assembly...... 6 Olivia Gregoire urges us to not give "one voice"... 7 For "quicker decisions": FIFA wants to make... 8 Your head should always ride with you: Five tips for... 9 Miscellaneous facts. Drome: An 18-year old is crushed... 10 New law protects consumers: Customers can claim damages... 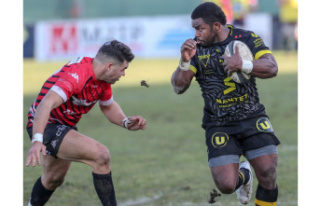