Worse than before Corona: Entrepreneurs complain about excessive drinking in Mallorca

A few weeks ago, the "Palma Beach" initiative was still optimistic. 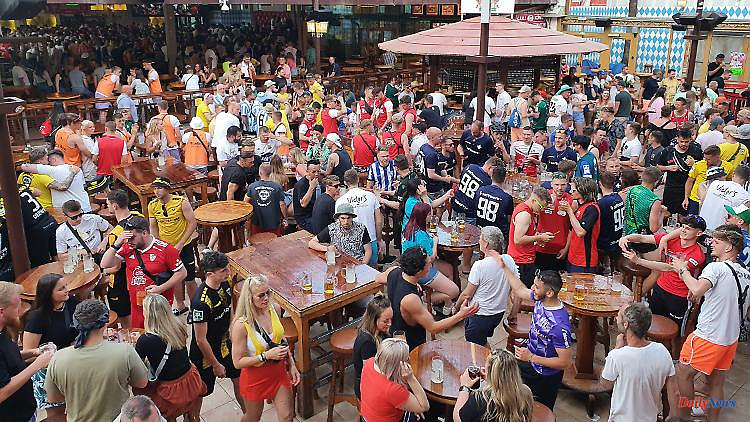 A few weeks ago, the "Palma Beach" initiative was still optimistic. After the Corona crisis, there are many indications of a new, calmer type of holidaymaker on Mallorca. But hope has given way to frustration about a return of the drunken tourists - they say the season has already been given up.

According to entrepreneurs, drinking tourism around the Ballermann in Mallorca is currently even worse than in the years before the corona pandemic. Some vacationers arrive at the hotels around 10 a.m. and by 2 p.m. they can no longer leave, the newspaper "Última Hora" quoted Juan Miguel Ferrer, managing director of a "Palma Beach" initiative for more quality on Playa de Palma.

Holidaymakers usually booked ten days in advance and stayed an average of three or four nights on the Spanish island. They only spend 30 to 40 euros a day, most of it on alcohol, Ferrer complained. Tourists were still partying as late as 4am, sometimes using megaphones that would inexplicably continue to be freely sold. In some cases, holidaymakers who were completely drunk would simply be left lying on the street by their friends.

"We already consider the season lost in terms of excess control," Ferrer was quoted as saying by the "Mallorca Zeitung". The police must also enforce the stricter rules on the streets. A few weeks ago he was still optimistic. Corona acted as a catalyst for their own efforts and attracted a new type of vacationer. They want things like good food with local products and environmentally friendly local transport.

Unfortunately, this positive development came to an end on May 10th, according to Ferrer. "As soon as the big party temples were open again, this new type of vacationer was pushed out by the old party crowd," he regrets. "Since then we have suffered from the arrival of large groups of tourists just looking to get drunk in the streets, on the promenade or on the beach," the newspaper quoted Ferrer as saying.

1 Soccer World Cup in December: Streeck fears "superspreading... 2 Airspace closed for hours: breakdown paralyzes Swiss... 3 Virus behaves unusually: WHO convenes emergency committee... 4 Ladiges is cooking: Poultry is now on the grill 5 Because of prison sentence: Brits refuse entry to... 6 Ex pregnant other woman: Khloé Kardashian reacts... 7 Despite the Oscar for "Philadelphia": Tom... 8 New film by Nicolette Krebitz: Anyone who says A must... 9 "Do you think we're all stupid?": Kurt... 10 Trial begins in London: Kevin Spacey remains at large 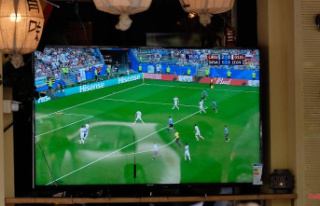