Northern Europe is battered by a third major storm; 14 people are killed

Northern Europe was hit by its third major storm in five day, with heavy rains, high winds, and at least two deaths. 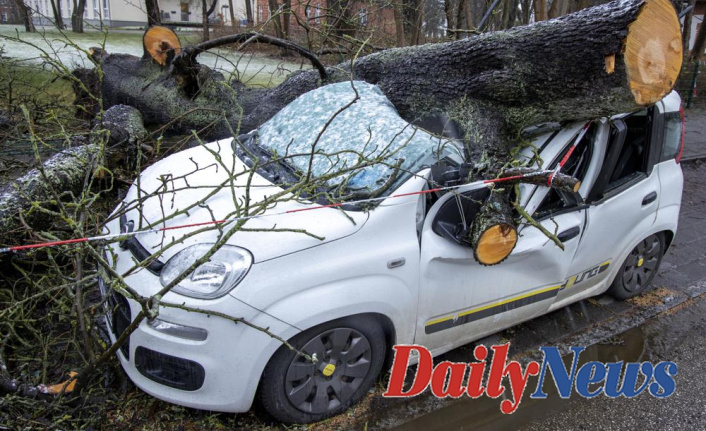 This disrupted travel and prompted hundreds of flood alerts throughout the region, which is still recovering from last week’s hurricane-force winds.

On Sunday afternoon, Storm Franklin moved in from the North Atlantic. Crews were working to clear fallen trees and restore power for thousands of customers who were affected by Eunice and Dudley last week. On Monday, heavy rains and strong winds hit Northern Ireland and Northern England before moving onward to France. The Environment Agency of England issued over 300 flood alerts and warnings, and train operators advised people to stay away from flooding.

A couple in France in their 70s were killed Sunday when their car was swept into English Channel near Normandy. They had called for help, but it didn't reach them in the time they needed.

"With the wind, the car skidded," Herve Bougon, mayor of Bricqueville-Sur-Mer, told the Ouest-France newspaper. It was pushed on its side and sank into water.

At least 14 people died in Europe following a week of severe weather. Meteorologists believe the unusually strong jet stream that is blowing across the North Atlantic has fueled this wild weather. As high winds tore down buildings and caused flooding, the storms left thousands without power.

Although the weather warnings for Germany were lifted Monday, disruption to transport in the northern regions of the country continued.

Experts stated that the weather has also had a significant impact on the environment over the past week. According to the German Aerospace Center (DLR), current storms that are sweeping across northern Europe will likely cause widespread damage to forests already damaged.

The government-funded agency released Monday's study, which showed that satellite data revealed massive forest losses due to bark beetle infestation and drought between 2018 and 2021. These factors , which are exacerbated due to global warming -- weaken trees and make them vulnerable, DLR stated.

It stated that the current storm situation in Germany would likely again force the need to remove trees damaged in many areas.

Aon, an insurance broker, estimated that the insured damage to Germany caused by successive storms was 1.6 billion euros ($1.8 million). According to the Dutch insurance association, the storms caused damage in the Netherlands of at least 500 million euro ($567 million).

Richard Weurding (general director of the Dutch Association of Insurers) stated that despite warnings from weather authorities, "February storms have sparked an unprecedented number of claims" despite preparations.

Four people were killed by the storms that ripped roofs off of buildings and tore down trees in the Netherlands on Friday, as Eunice ravaged the country. Insurance companies warned that there could be more damage due to strong winds predicted for the days ahead.

The storm in Denmark uprooted trees and disrupted train services around Copenhagen, the capital. Sweden was hit hard by heavy snowfall, which caused buses to be unable to travel in Stockholm, its capital.

1 50 years after Nixon's visit, US-China relations... 2 Madagascar, hit by Cyclone Ivan, braces for another... 3 First Peruvian ex president on trial in Odebrecht... 4 EU pledges to prevent Bosnia's possible disintegration 5 Blockades are over, but Trudeau states that emergency... 6 Mount Etna booms once more, sending up a towering... 7 German officials condemn climate protests on roads... 8 Slovaks unveil monument for slain journalist and his... 9 Greece: 10 missing people are found; search expanded... 10 Putin will send his envoy from Ukraine to the Balkans,... 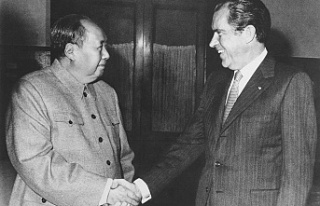