The invasion of Ukraine by Russia is a test for America, says John Dickerson

President John Kennedy described the challenges facing the presidency as: "Domestic Policy can only defeat us, foreign policy can kill our country." Both are unpleasant truths for President Joe Biden.

Russia's invasion in Ukraine is not just a test for Joe Biden. It's a test for America, once a global champion for freedom and self-determination. Former presidents of the United States could rattle the Russians simply by speaking out about those ideas.

On June 12, 1987, President Ronald Reagan spoke near the Berlin Wall and stated, "We believe freedom and security go hand in hand, that the advancement of human liberty can only help strengthen the cause for world peace." Mr. Gorbachev!

These ideas are now being crushed by Russian tanks.

The American president's response will have an impact on Ukraine and other countries around the world.

It was crucial to show American solidarity against Communist tyranny at the beginning of the Cold War. Political parties called for a truce. Democrat Harry Truman, Republican Arthur Vandenberg, chairman of Senate Foreign Relations Committee, both agreed that politics should cease at the water's edge.

Teddy Roosevelt set a new standard during the First World War. He stated that "no criticism of President... is not just unpatriotic or servile but is morally treasonable for the American public."

There should be lively debate because the president has more power over foreign affairs than domestic affairs. It helps us remember what we believe and, if necessary, why we have to sacrifice.

This moment is different.

Praise Putin's power, at the time he is destroying human liberty, is the perfect negative image for the American ideal. This view would have meant that Reagan wouldn't have asked Premier Gorbachev for help to tear down Berlin Wall but would have praised him for its sturdy construction.

Many people opposed public safety orders during the pandemic because they violate liberty. Ukraine is not threatened by missiles, but masks.

The minimum requirement should be that people who are able to live under the principles of freedom and self-determination have their support. The history has shown that when the signal is clear it inspires.

On Wednesday, Volodymyr Zelensky, President of Ukraine, told Russians that "When you will attack us, you'll see our faces, and not our backs."

No matter what the United States or its allies do, it should demonstrate to Ukrainians that they also see their faces. 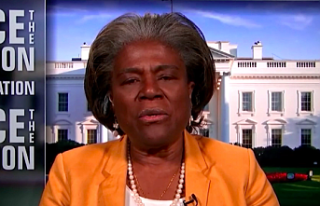