COLUMBIA (S.C.) -- Governors took sweeping measures during earlier spikes in the COVID-19 pandemic. Many shut down schools and closed businesses. For people who have traveled to hot spots outside of their home states, they issued vaccine requirements, mask mandates and quarantines. 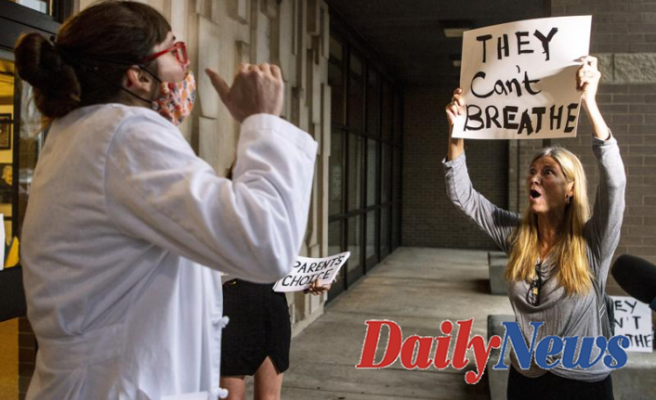 This is despite the fact that the rapid spread of super-contagious Omicron variant has shattered COVID-19 infection records. Governors send help to hospitals but they don't seem eager for widespread shutdowns or public orders.

Even Democratic governors, who had to pass strict mandates in the beginning, now rely more on persuasion and not dictates. They are largely leaving the hard decisions on whether to restrict capacity in theaters and restaurants or keep schools open up to local officials.

South Carolina's New Year's Weekend set a new record for positive test results. COVID-19 hospitalizations have increased 67% compared to the previous week. Governor. But Henry McMaster, a Republican, encouraged everyone to keep going as though everything was fine. He promised that if you become really sick, there would be enough room in the hospitals.

"There is no need to panic. Keep calm. McMaster advised that you should be happy. McMaster said, "We just had an amazing Christmas season. The business is booming."

McMaster has always urged people to get vaccinated. In the early days of the pandemic McMaster directed colleges and K-12 schools to switch to distance learning. McMaster is not allowing any state-wide business shut downs, but students are returning to school in the state.

California is experiencing an alarming rise in infections. The state's health department extended the indoor mask mandate until February 15, 2015. However, the Democratic leaders of the state did not include any mechanism to enforce the directive. Governor Gavin Newsom said, "I believe a lot people will self-enforce the law and do what is right." Gavin Newsom told reporters last month.

Maryland Governor Larry Hogan seems to be familiar with the sentiment. Larry Hogan. The Republican declared a 30-day emergency to combat the omicron variant surge. However, it does not include the same statewide mandate for masks that was ordered earlier in the pandemic.

Hogan stated that "I don't think the people refusing to wear a facemask are going to wear it anyway" and that they don't have the power to enforce it. "So, we are just encouraging people to wear that damn mask."

During this surge, New Jersey had the second largest U.S. caseload, behind New York and Democratic Gov. Phil Murphy requested that the legislature renew his emergency powers to allow him to continue the school mask mandate. However, it seems that renewed business shutdowns or near universal mask mandates are not on the table. Instead of issuing new executive directives, Murphy is urging people to adhere to public health recommendations.

Murphy stated, "Here's what we need everybody to take to heart -- that need to mask up and get boosted and to just use common sense."

Even governors who were the most vocal in calling for restrictions during previous outbreaks have given up and are now appealing to people for personal responsibility. Oregon lifted its outdoor mask requirement in November, but has not reinstated it. The Democratic governor. Schools and businesses are still open. Kate Brown has called for booster shots to fight the virus.

Charles Boyle, the governor's spokesperson, stated in an email that "our focus right now is to make sure our most vulnerable Oregonians can access booster shots and ensure we are ready to support hospitals systems."

Ohio Gov. Republican Mike DeWine was among the first to close schools March 2020 when the virus spread rapidly throughout the U.S. However, his determination to take aggressive steps has diminished and he has been focusing on voluntary vaccinations and mask wearing since then.

DeWine stated in December that "we don't have a practical ability to really put up a statewide masque order at this stage." "I don’t believe it’s appropriate at the moment. We have the vaccine. We have the tools.

North Carolina's Democratic Governor. Roy Cooper still leaves it up to local governments whether masks are required in government buildings or stores, rather than ordering them all over the state. He encourages but does not require local school boards to keep mandates for masks for students and staff.

Cooper has taken this tack even though the Republican-controlled legislature has lacked veto-proof majorities necessary to overturn his previous statewide COVID-19 mandates.

Cooper stated, "We will have to learn to live with it and keep our children in school, our businesses open, and all our government operations running efficiently and effectively."

Utah Governor. Spencer Cox suggested that COVID-19, and its variants, could be treated more as the flu or other contagious diseases. He said that the focus should be on the prevention of the disease through vaccinations and medications, not government mandates. He encouraged people to wear masks because cases were at record highs and the state was running out monoclonal antibodies treatments. However, he did not call for any new rules.

He said that there are many illnesses that spread quickly. "But they don't fill up hospitals killing people, then we can go about our daily business. It becomes more concerning if they fill up hospitals and kill people.

1 Family demands maximum sentence for three Arbery-related... 2 NATO evaluates Russia's security offer for Ukraine... 3 Sidney Poitier, to grow in poverty in a tomato plantation... 4 Djokovic thanks you for your support. 5 The US unemployment rate drops to 3.9%, as more people... 6 Families are devastated by the post-holiday return... 7 EXPLAINER - What does record inflation signify for... 8 Some believe Djokovic's detention in Australia... 9 Winter storm snarls travel, forces tough choices for... 10 Europe scrambles for health care as omicron spreads 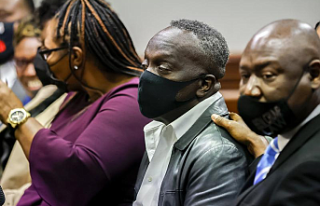