Hundreds of photographers from Mexico and the rest of the continent have joined together to help their partner Wesley Bocxe in a massive auction to be held this Saturday in the Mexican capital from 12.00 to 17:00, in the center of the ...

Hundreds of photographers from Mexico and the rest of the continent have joined together to help their partner Wesley Bocxe in a massive auction to be held this Saturday in the Mexican capital from 12.00 to 17:00, in the center of the image. Photographer Wesley Bocxe was rescued on September 19 from the rubble of his building between the streets of Amsterdam and Laredo, in Colonia Condesa, where his wife Elizabeth died, after the earthquake of 7.2 that struck Mexico City and left almost 300 deceased. One of the works donated Miguel Dimayuga currently Wesley, father of a five-year-old daughter who was in school at the time of the quake, recovers in the hospitals such as it has been admitted for more than a month. In a solidarity event that has been repeated other times after the murder of journalists, Wesley's colleagues have donated first-rate works whose incomes will serve to support their physical and professional recovery following the serious injuries suffered, to which Add the loss of your computer and file. One of the works donated Felix Marquez more than 200 photographers of the country, including Cristina Rodriguez, Enric Martí, María Luisa Severiano, Yazmin Ortega, Marco Peláez, José Carlo González, Francisco Mata, Miguel Dimayuga, Rebeca Blackwell or the photojournalist of EL País , Alicia Fernandez. "Apart from the money is also the need to give a hug and a great apapacho to Wesley to feel that his partner is with him," says process photographer Miguel Dimayuga, one of the organizers of the auction and who recognizes being "surprised" by the Guild reconvened to the call. After almost a month in the hospital, Wesley gave his first steps helped by a team of ABC hospital physicians on Thursday. One of the works donated by Alicia Fernandez The companions of a profession, so often beaten in Mexico, have shown an effective solidarity and have also enabled a website where donations can be made. The paradox of Wesley Bocxe, 57 years old, is that he was one of the great photographers who immortalized in black and white the earthquake of September 19, 1985. Sent by the Reuters agency was his first great coverage and from there began a long career throughout the continent during which he has worked for media such as the New York Times or the magazines Time and Newsweek. Bocxe has been recognized for covering important international news in Panama, Haiti or Somalia.

1 Key characters in the investigation of the Russian... 2 New allegations against Harvey Weinstein go back to... 3 Cold metaphors 4 New York city bombing on Halloween Day, latest live... 5 The British defence minister resigns after a sexual... 6 Two policemen injured in a jihadist attack in Tunisia 7 An employee on his last day expels Trump from Twitter 8 Hit the IPhone X in a San Francisco Apple Store 9 The Syrian regime proclaims the conquest of the last... 10 Reduce the Costs of International Business 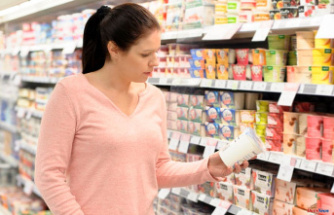 Key characters in the investigation of the Russian...