CONCORD (N.H.) -- In 2008 when the Right Rev. Desmond Tutu, who was born Sunday, defended Gene Robinson, New Hampshire, from exclusion at a global Anglican gathering due to his sexuality. 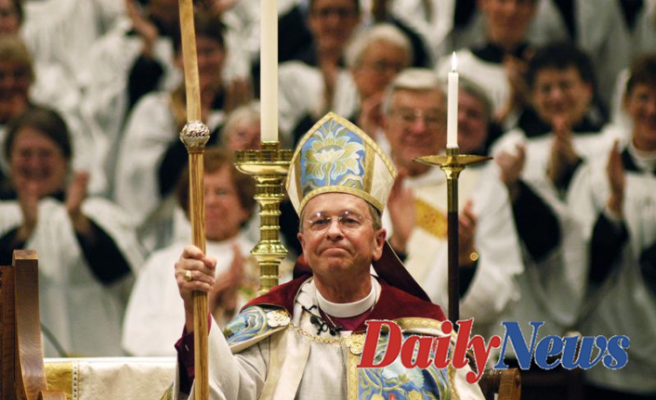 Tutu said in the preface to Robinson's book, "Gene Robinson was a remarkable human being, and i am proud to be a part of the same church as him,"

Robinson, the first openly gay bishop of the U.S. Episcopal Church in 2003, stated Sunday that he has tried to live up those words since.

He said that it was surreal to be taking grief from all over the globe. "There was probably at that point, and perhaps still is, no one more well-known around the globe than Desmond Tutu. It was an amazing act of kindness and generosity."

Tutu, South Africa’s Nobel Peace Prize-winning activist and for racial equality, has died at the age of 90. Tutu was a staunch opponent of South Africa's oppressive regime of apartheid against its Black population. He was also a prominent advocate for LGBTQ rights, same-sex marriage, and LGBTQ rights.

Robinson stated, "Now, gay marriage is hard to remember how controversial it was and for him to stand beside me at the exact time I was being excluded...it completely floored"

Robinson's book foreword also contains a note from Tutu in which he apologizes for the "cruelty" and "injustice" that the LGBTQ community suffered at the hands other Anglicans.

Robinson stated that Tutu used his own experience with oppression to understand the world and help others.

He said, "He used it as a window into the life of a woman, how it was to be in a wheelchair or to be LGBTQ or whatever else it was." It was what taught him compassion.

Robinson remembered how Tutu's laughter rippled through crowds of thousands, as well as the private moment they shared as they prayed in the New York seminary Robinson graduated.

Robinson said that there was no one in pain that he didn't care about, regardless of whether it was a mental illness, a physical condition or something to do cruelty or degradation. Robinson stated that it hurt him. "To listen to him pray about those people in that room was as close as I could ever hope to get to the heart of God. "I don't need to know anything more."

Robinson was the ninth bishop in New Hampshire from early 2013 until his retirement. He then became a fellow at The Center for American Progress. He is now 74 and has recently retired from the Chautauqua Institution as vice president of religion, senior pastor, and vice president for religious affairs. 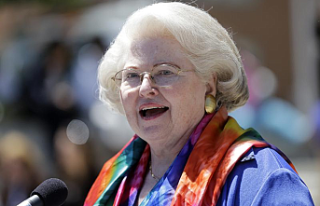