Luxembourg wants to prevent with comprehensive Tests of the entire population, a second Corona-shaft. The inhabitants and workers had been divided into small gr Luxembourg wants to prevent with comprehensive Tests of the entire population, a second Corona-shaft. The inhabitants and workers had been divided into small groups, whose members are alternately and regularly tested: "If there are new infections, then we know exactly where it happened, and chains can break," said the Director of the Luxembourg Institute of health, Ulf Nehrbass, the German press Agency. Currently 17 test stations up to 20,000 Tests are possible per day.

Luxembourg was the first European country that Tests on Covid-19 to offer such a comprehensive way, said Nehrbass. Currently, ten per cent of over 600,000 inhabitants plus the 300,000 commuters were "tested". For the tests from the beginning of may until the end of July around 30 million euros will be provided. "It would be good if the Tests go well then," said Nehrbass, who is also the speaker of the Covid-19-Task Force in Luxembourg. The second wave is expected in the autumn. "And we should be ready."

people with many contacts at work every two weeks

In the test procedure ("Large-Scale Testing tested") is the focus initially on people who have a lot of contacts - so in the hospitality industry, the police, nurses and Doctors. "Since we know that there is a very high risk for Contracting the disease and also contagious." All of the people there would be tested every two weeks. However, because in each of the test groups almost every day someone else is going to be tested, have to happen constantly a good Overview of the current Infection, said Nehrbass.

This "virtual test cell", each of which could include two, five, or ten people, are like a "close-knit network, which is designed on the sector and on the population". It was after the end of the lock downs are important: "So the social life can start again, thus a higher feeling of security, even de facto, there is a higher level of security." And: The "mesh size" of the network could be varied to happen in the case of a new Infection. "We want to do everything to prevent a second Lockdown."

The Tests are all voluntary. The population could be, for example, explains why not all members of a family were invited at once: the son should come in the next week, the mother - and so on. "That's over long periods of time. Because it is also, of course, makes little sense, to test one family at a time,“ said Nehrbass by the Luxembourg Institute of Health. Now you but take note: The participation in the test to take strong.

cross-border commuters from Germany, France and Belgium received their invitations by Post, said Nehrbass, who grew up in Kanzem on the Saar. With a Code you could enter to go to a test station, a throat swab, and within 48 hours you will have your result. The costs in the case of a Lockdown is to be estimated per Luxembourg and month 3,000 euros. A Test is 30 euros. "Economically this is quite reasonable." 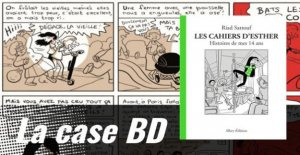 The box BD - The Books of Esther Riad Sattouf or dizziness...