A doll in a wheelchair: things are slowly becoming more diverse on the toy shelf

Dolls with Down's Syndrome, black firefighters and skater figures in stunt wheelchairs - there are a lot of diverse toys. 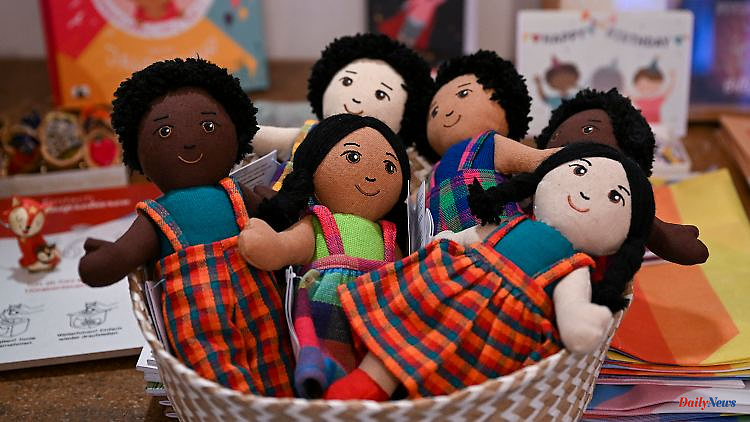 Dolls with Down's Syndrome, black firefighters and skater figures in stunt wheelchairs - there are a lot of diverse toys. But often you have to look for it specifically. Why?

In many toy shops, light-skinned baby dolls with delicate hair pile up on the shelves. Black dolls are in the absolute minority. The Barbies are dominated by the thin, big-breasted models with blond mane, along with a single curvy Barbie and a Ken in a wheelchair. Game worlds are mainly populated by families with a mother, father and two children. It is similar in books.

Once upon a time, almost all children found themselves in such play scenarios. But society in Germany has long since become more colorful and diverse. Toy manufacturers are gradually following suit. The niche is still a long way from becoming the norm, as a look at toy stores shows. Also online you often have to scroll very far down on the pages of the big trading platforms to find various products.

The Berliner Mirjam Schröter therefore spent a lot of time on the Internet to look for toys that her two black children could identify with. "It strengthens the personality when you see them everywhere and gives them the feeling of belonging," explains the 36-year-old. This finally gave rise to the idea of ​​founding an online shop in 2016, which bundles all the good examples. A small shop was also added in Neukölln two years ago.

"In the beginning I bought a lot from abroad. It was a lot of searching and collecting," says Schröter. In wholesaler catalogues, for example, only 20 out of 600 products came into question. But that has changed over the years, she says. There are now many small companies and publishers that specialize in various toys and books. The big manufacturers were also slowly approaching.

"Everyone has that on the screen," says Ulrich Brobeil from the German Association of the Toy Industry in Nuremberg. "I assume that this is a process that grips the entire industry." A doll in a wheelchair, for example, is still an orchid product, says Munich market researcher Axel Dammler. "If a child knows someone else in a wheelchair, that is relevant to their play." For other children, however, this is unimportant. "These are products that do well at trade fairs or in PR. But they don't play a role on the market."

Steffen Kahnt from the Federal Association of Toy Retailers sees it similarly. "Many children experience that the majority of people in Germany are not in wheelchairs or have darker skin." But they want to recreate the world of the grown-ups as realistically as possible, he says. The more alien toys are to their living or imaginary world, the less they buy them. Mascha Eckert from the Toy Museum in Nuremberg has also noticed that there are reservations in the retail trade. Last year she curated an exhibition about racism in toys and also looked for positive examples. In doing so, she noticed that there were very few diversity-sensitive toys in the shops, says Eckert. A retailer justified this by saying that she was afraid of shopkeepers.

From the expert's point of view, however, it is important for children that the heroines in their play world have different skin colors, wear a prosthesis, a hearing aid or headscarf and come from patchwork and rainbow families. This gives children who belong to a minority a feeling of being seen by society, she explains. "When it hits the toy world, it normalizes. So I'm not alone in who I am." In addition, children learn while playing that there are people who are different from themselves.

According to the educator Volker Mehringer from the University of Augsburg, what it means for children to find themselves in toys has not yet been systematically researched. But toys are a projection screen for children, he says. "Children play a lot of what they experience in everyday life. If toys don't reflect the diversity in society, it can also limit their possibilities."

But children should always decide for themselves to what extent they use various toys, says Mehringer. "It shouldn't be pedagogically overloaded, i.e. giving the child a lecture first. But various toys can also provide an opportunity for conversation." Then, when children ask, for example, why Barbie has such light spots on her skin (the skin disease Vitiligo) or why the doll wears a device behind its ear (a hearing prosthesis). 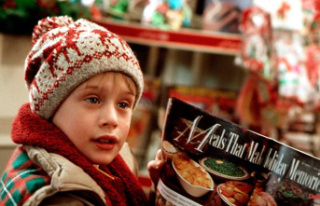 The filming locations of the film classics: Christmas...