Act on price increases: When the gas price goes through the roof

Gone are the days when everything had a price and nothing had any value. 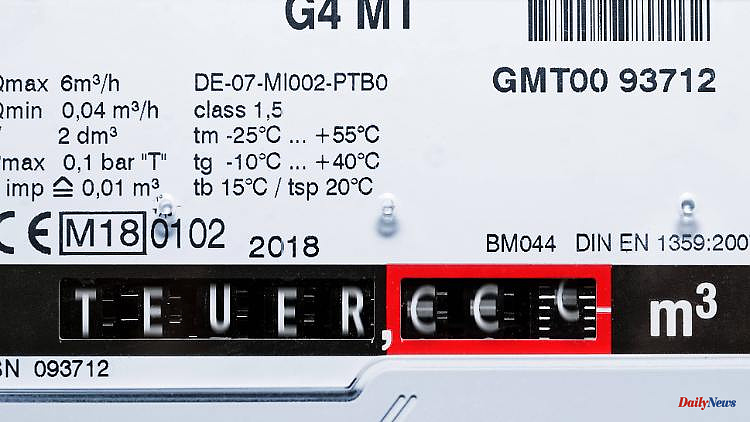 Gone are the days when everything had a price and nothing had any value. Both apply to gas in particular. That has to be paid double and triple. Anyone who receives a price increase now should act.

Almost every second apartment in Germany is heated with gas. Many residents have already received mail, others will soon have the announcement in their mailboxes: Due to the drastic increase in gas prices on the world market, providers are increasing the price per kilowatt hour and the monthly deductions, and the gas levy will be added from October. What can consumers do? An overview.

For whom are the monthly deductions increased?

Many contracts include a price guarantee. The price cannot be increased during the minimum contract period. After that, however, already - the price for a kilowatt hour can rise and the gas surcharge can be added.

"The gas surcharge can lead to a price increase in contracts with a limited price guarantee," says Carina Habeck, a consumer rights officer at the Schleswig-Holstein consumer advice center. The transfer of contracts with a full price guarantee has not yet been finally clarified. "However, I assume that the gas levy can also be passed on in such cases."

Tenants either have a contract with the utility themselves. Or the heating costs are settled via the ancillary costs, in which case the supplier informs the landlord of the price increase. "If the landlord has to bear higher costs, it would be in his interest and in the interests of the tenants if he communicated this to his tenants, explained the price change and offered to increase the advance payments," advises Habeck. So there is no threat of high additional payments at the end of the year.

Just like that - to protect against possible price increases - a landlord cannot increase the advance payment. "If he asks for a higher discount, he has to prove that the prices have risen."

What options are there?

According to the Energy Industry Act, a price increase for private households must be announced at least one month in advance, for households with basic services the period is six weeks. Consumers have a special right of termination on the date of the planned price increase.

"But the question is whether a cheaper provider can currently be found," says lawyer Habeck. She advises comparing the prices of the basic suppliers. These are, for example, the municipal utilities. These are currently often cheaper than other providers.

If the supplier has not announced the price increase in good time, this is ineffective. Then the consumer should act quickly and inform the provider in writing that he has not kept the deadline and that he is therefore continuing to pay the old price.

The supplier usually reacts by announcing the price increase in good time for the next month. In this case, the consumer at least did not pay too much in advance. "You also have the right to get back what you paid too much," says Habeck.

is there a limit

There is currently no legal price limit for gas. A commission is to develop ideas for a possible brake for the federal government. The Munich Ifo Institute expects that the energy suppliers will adjust their prices "noticeably", especially at the turn of the year.

In the consultation, lawyer Habeck has already seen price increases by a factor of seven. At the moment, she says, that could well be in line with the market, since world market prices have increased so much. At what price companies bought, they would not have to disclose.

What else can customers do?

Suppliers often calculate the monthly payment as a flat rate. With the notification of a higher price per kilowatt hour, a disproportionately higher monthly deduction is therefore often required because individual consumption is not decisively taken into account, says Habeck. She therefore advises calculating your own deduction based on consumption from the past year, for example there is a calculator on the website of the consumer advice centers.

"Then I would tell the supplier that I would pay a discount based on my consumption." However, this should not be too short, so that there is no risk of high additional payments in the annual statement.

But not too high either. Conversely, consumers get back the money they paid too much when they are billed - "but at the moment it's about every cent for many people every month," says Habeck. If the utility went bankrupt, the money would also be gone.

1 Consumers have voted: Germany's best online shops... 2 Financing significantly more expensive: These are... 3 Judgment on the time clock: Timekeeping becomes mandatory 4 New regional classes: For whom the car insurance is... 5 Negotiation in Erfurt: Does the digital time clock... 6 Lower heating costs: When is the heat pump the best... 7 Blackout or not: You should have this emergency supply... 8 Labor law question: Are non-disclosure clauses on... 9 Daily and fixed-term deposits: This is where the most... 10 Cause of extreme weather: climate change changes air... 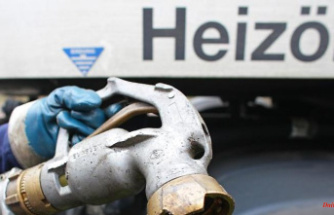 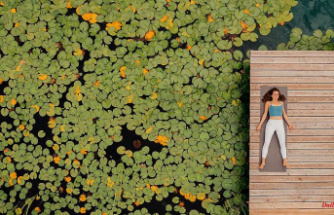 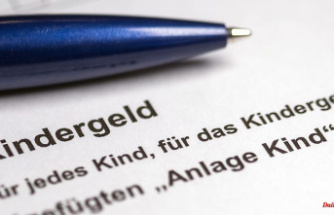 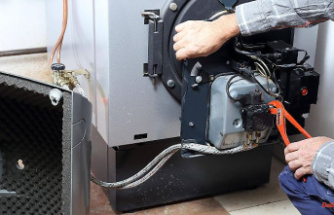 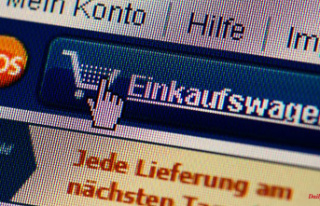