WASHINGTON, -- A majority of Air Force and Space Force personnel responded to a survey indicating that they have experienced some form of mental or physical abuse over the past two years. This ranges from workplace bullying and hazing, to rape and murder. WASHINGTON, -- A majority of Air Force and Space Force personnel responded to a survey indicating that they have experienced some form of mental or physical abuse over the past two years. This ranges from workplace bullying and hazing, to rape and murder.

The survey surveyed 68,000 active-duty personnel, reserve and civilians. Nearly two-thirds of them (48%) described incidents of "interpersonal violence" and many others believed nothing would be done.

This report is part of a series of Defense Department or service reviews that have highlighted the problem of harassment and violence in the military. Senior military leaders claim that troops are subject to greater scrutiny, even though it is difficult to compare the rates of violence among service members and civilian violence across the country.

The survey was completed by only 10% of Air Force civilian and military personnel. This means that the totals do not reflect actual violence. Domestic abuse, which was not surveyed by dependents, would not be included in the survey.

Frank Kendell, Air Force Secretary, said that the percentage of people reporting violence could be high due to the fact that those who have been in an incident are more likely fill out the survey.

He said, however, that even if it were all that was, it would be too much and that the Air Force should address this problem.

He stated, "The numbers are large enough that we must take this seriously and act upon it."

Congressmen have complained for years about how the military fails to properly address violence prevention and prosecution, especially sexual assaults. After several violent deaths, including that of an Army Spc. Vanessa Guillen was reported missing from Fort Hood, Texas for approximately two months. Her remains were discovered late last June.

Air Force leaders spoke out to reporters and said that they had identified 81 dangerous behaviors. These ranged from belittling and lewd jokes to stalking and other violent physical attacks. They also stated that workplace bullying was the most frequent complaint.

According to the report, victims were not satisfied with the help or support they received. However, commanders believed that they had the training and resources to handle any incident. Air Force leaders said that this disconnect suggests an underlying leadership problem in which those in command don't recognize or perceive the issues that need to addressed.

In 2020, the interpersonal violence task force was established. It concluded that victims' support at home must be more coordinated and less confusing. It also recommended ways that victims could seek support more easily and encourage greater reporting of incidents.

According to the review, personnel need more accountability, better leadership and improved training and education. A pilot program was also launched by the Air Force to provide legal assistance for victims.

The Air Force released Tuesday's additional findings from its gender- and racial disparity review. They concluded that Black and other minorities women are greatly underrepresented at leadership and officer levels, especially at the highest levels. Also, they get promoted less often.

It was found that, while women had made progress in the service as a whole and were well-represented in certain promotion categories, these more often involved white women. It was found that Black female officers were promoted at lower rates, and less often than those with less command experience.

For example, less than 1% are active duty pilots who are women of color. Reports also revealed that minority female officers held the most negative views about racism and bias and that they didn't believe their commanders would address comments or derogatory behavior.

These Air Force findings are part of a series that examines gender and racial bias in the service.

The second report covered women from Asian, American Indian/Alaska Native and Native Hawaiian/Other Pacific Islander as well as Hispanic/Latino personnel serving in active duty, the National Guard and Reserves, and civilian work. The report found that around a third of female Air Force and Space Force service members have experienced sexual harassment. Many can also relate accounts of sexism, stigmatization and pregnancy leave.

1 Court seems reluctant to sweep Puerto Rico into SSI... 2 Missouri man describes what happened the night his... 3 China, US pledge to increase cooperation at UN climate... 4 Rep. Liz Cheney says Trump is at war ‘with the rule... 5 Our Bags of Ideas For Promotional Advertising 6 Formula 1 in Mexico: Bottas surprisingly ahead of... 7 The Important Parts of A Custom Canopy Tent 8 What Education Do You Need When Pursuing An Interior... 9 Schadenfreude at Uli Hoeness: Your money, that's not... 10 3 Bold Predictions To Watch For The Remainder Of The... 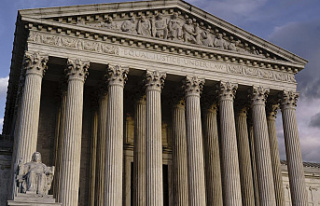