All-rounders with a motor?: These are the best SUV e-bikes 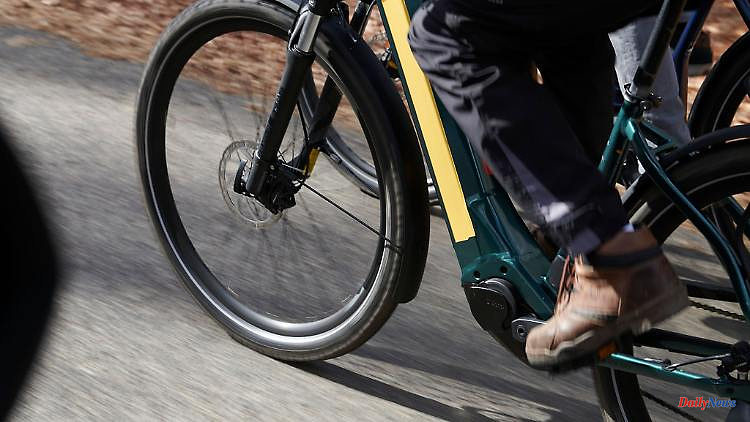 E-bikes are booming. There is hardly a genre that does not have a motor. Committing yourself can be difficult. SUV models are a mix of city bikes, trekking bikes and mountain bikes. The goods test shows what they are good for.

Would you like an e-bike? Fine, you're not alone, electric bikes are booming. In addition to the currently long waiting times, you also have to be prepared for the question of the right type.

Do you prefer a comfortable city bike, a sporty mountain bike or a trekking bike for long distances? Anyone who finds it difficult to choose between the many e-bike types can choose so-called all-road, crossover or SUV bikes.

Such e-bikes want to offer a bit of everything: comfort, sport and, with coarser tires, also be equipped for gravel, hill and dale. Mostly equipped with a pannier rack, mudguards and lighting system, they are both suitable for everyday use and fully roadworthy - unlike many a sporty mountain bike.

However, these expensive e-bikes are not really all-rounders. This is the result of the Stiftung Warentest after testing nine models with prices between 3300 and 5350 euros. They had to compete in five categories.

Almost all of them did "good" in the test, with the exception of two models with the overall grade "satisfactory". They all show good driving characteristics and there were no major problems with safety. But the wheels set different priorities - sometimes more sporty, sometimes more comfortable. But they aren't mountain bikes either.

The frames are not designed for jumps, according to the product testers. The relatively high weight of all models, which is between 26 and 29 kilograms, speaks against this. You can hardly wear them anymore. And if the battery is empty, that should mean on the mountain: get off and push.

But the test winner "KTM Macina Aera 671 LFC" for 4200 euros is versatile. He was convincing both on and off the road. With the "Simplon Kagu Bosch CX 275 TR" in second place, the pendulum swings more in the direction of city e-bikes. It is very comfortable and the tires are "great for asphalt", according to the magazine "test" (6/2022). In addition, the bike, which costs 5250 euros, is the only one in the test that is equipped with a belt drive and hub gears - this is extremely low-maintenance.

The "Specialized Turbo Tero 4.0 Step-Through EQ" rolled into third place for 5100 euros. A "sporty bike that is good for easy terrain" is the conclusion. The somewhat cheaper "Stevens E-Universe 6.5 FEQ" in fourth place at 3800 euros was praised by the magazine as "very suitable for everyday use" - also due to the gently assisting motor. In all four models, the battery can be fully charged in around three to just over four hours.

This is by no means the case with all models. Some take more than eight hours. In comparison: The fastest in the test even manage it in just over two and a half hours. The charging speed depends on whether the batteries can be charged with two, four or six amps.

The testers' advice: "Make absolutely sure that the supplied charger charges with four or more amps. Less is not up-to-date." Speaking of the battery: If a replacement is needed here, the models in the test can cost between 760 and 1180 euros.

In the case of the two models with the rating "satisfactory", the testers were annoyed, among other things, by the sometimes "poor" equipment and poorer handling characteristics with luggage. And the plasticizer DPHP was found in both saddles.

1 Washing up with a product test: only hand washing-up... 2 Frozen food in Warentest: 11 out of 18 shrimp are... 3 Labor law question: Does the boss have to take care... 4 Recall from Nestlé: metal parts in Maggi 5 minute... 5 Four are "poor": One car seat is "very... 6 Additional payments for heating costs: What you should... 7 Consumers have decided: Germany's best online... 8 The 25,000-euro question: stock investors rely on... 9 Crisis in construction: This is how builders find... 10 From doll to defective: Five children's bicycles... 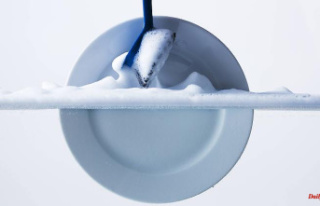 Washing up with a product test: only hand washing-up...