Anchorage is packed with Iditarod dogs for the race's ceremonial beginning

Fans, dogs, and mushers flocked to Anchorage Saturday in the midst a snowstorm to witness the start of the Iditarod Trail Dog Race. 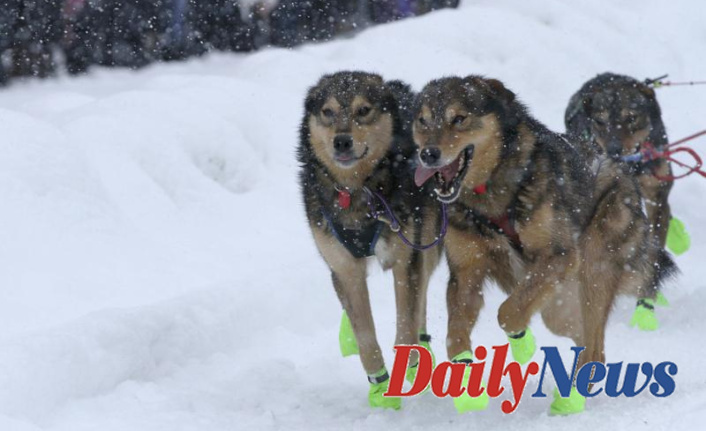 Due to the pandemic, last year's ceremonial start was cancelled. Fans who attended the 50th running of this race had limited interactions with participants, but they were still able to observe from behind fences as the mushers crossed the finish line at two minutes intervals.

The mushers enjoyed a leisurely stroll through Alaska's largest city waving to the many people who dotted its streets. The race for mushers with their dogs begins Sunday in Willow, which is about 75 miles (120 km) north of Anchorage. The winner will be announced in Nome nine days later.

The proof of vaccination for Mushers was required this year. They will be checked at checkpoints to ensure that they don't carry COVID-19 to rural villages, mostly Alaska Native, along the 1,609-kilometer (1,099-mile) route from Nome.

Due to the ongoing pandemic, some villages chose not to serve as checkpoints. However, other arrangements were made in certain communities. The community building in White Mountain will not be used for mushers who are waiting to make the final push. Mushers must spend eight hours at White Mountain before they can run the final 77-mile (124 km) to Nome.

Instead, lumber was delivered and a tent camp, complete with new outhouses, was being constructed, Mark Nordman, race marshal, said.

This year, there are 49 mushers participating in the race. Dallas Seavey is the defending champion and is trying to become the first musher ever to win six Iditarod titles. With five wins each, he's tied for second with Rick Swenson. The 35-year old indicated that he hopes to spend more time with his daughter, pre-teen, and win or lose.

King, who raced last in 2019, took over for Nic Petit who had announced on Facebook that he had contracted COVID-19. Mitch Seavey (a three-time winner, and Dallas' father) is back this year as well as 2018 winner Joar Lifseth Ulsom, and 2019 champion Pete Kaiser.

15 mushers withdrew prior to the race began, including 2020 winner Thomas Waerner who was not allowed to travel to America from Norway.

Musher Jaye Foucher retreated after her sled dogs team veered onto an Alaska highway in January and collided. One of the dogs was killed and three were injured.

Moose pose a threat to mushers this year. Due to heavy snow in Alaska, moose have become aggressive towards people in the backcountry, even mushers.

Bridgett Watkins, a rookie musher, had four dogs severely injured during a training run. The moose wouldn't leave the area and would sometimes stand over them. The incident ended when a friend shot a bull moose using a high-powered rifle.

People for the Ethical Treatment of Animals is still the race's greatest critic. They have caused financial hardship for the race by targeting large-name corporations that have dropped sponsorships. Next year, the Anchorage hotel which has served as race headquarters for over three decades will cease to be affiliated with the race.

Officials at the Lakefront Anchorage Hotel attributed the change to the pandemic's impact on business. However, the owners of Millennium Hotels and Resorts announced the move a day before PETA planned protests outside the Millennium Knickerbocker Hotel in Chicago.

Rob Urbach, Iditarod's CEO, stated that six sponsors had been added to their roster this year.

He said, "I think it's a pretty large story for us."

1 Women in power are subject to threats and vitriol 2 Official: Six people killed when a large tornado roars... 3 United States negotiates with mature alternatives... 4 The Walking Dead will have a new derivative series:... 5 What do you mean by a POP rivet? 6 Study finds that conversion therapy is expensive in... 7 Iowa High School Shooting: 1 Teen Killed, 2 Critically... 8 Judge reprimands the use of a cellphone dragnet to... 9 2 boys are stabbed in the back of the head in Philadelphia... 10 Police say a 5-year-old boy attacked a Florida teacher... 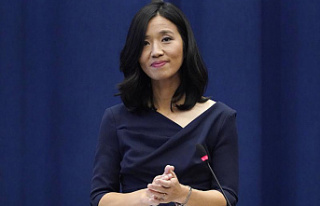 Women in power are subject to threats and vitriol