If you are feeling a little tight, you often overdraw your account and use the overdraft facility to overcome the bottleneck. 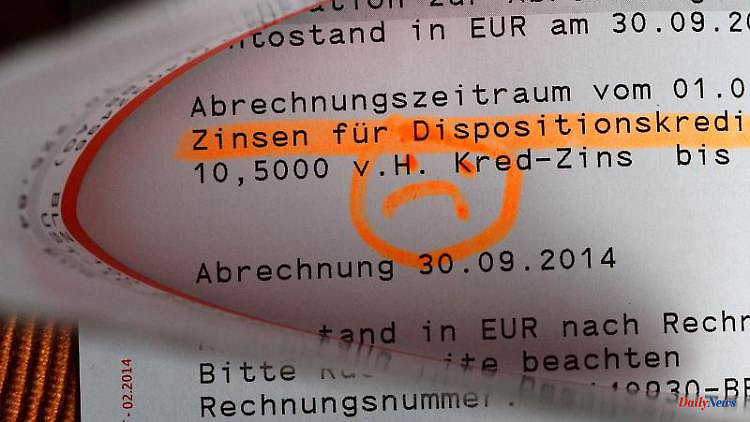 If you are feeling a little tight, you often overdraw your account and use the overdraft facility to overcome the bottleneck. Which is usually not a good idea. Because the average overdraft interest of the banks and savings banks is still almost ten percent.

Although the general level of interest rates remains consistently low, the average overdraft rate of banks and savings banks for private customers is 9.43 percent. This was determined by "Finanztest" in the inspection of 1170 banks, savings banks, Volksbanks and Raiffeisenbanks. Some of the financial institutions are represented in the overdraft interest comparison with several different account models.

All banks now publish their overdraft interest on the Internet. Unfortunately, some still provide such unclear information that the testers sometimes consider them to be non-compliant with the law. The Raiffeisenbank Aresing-Gerolsbach, for example, states its interest rate as follows: "3-month Euribor plus 12.00 percent" - no customer can immediately see how expensive the overdraft of the account is.

But apart from that, debtors should be aware that the overdraft facility for the checking account is usually the most expensive loan from the bank. You should only use it exceptionally and for a short time.

"Finanztest" considers an overdraft rate of 8 percent to be acceptable. The direct banks have the cheapest overdraft rates across the board. At some banks with online account management, the overdraft facility is around 6 to 7 percent. So he is to have at the Comdirectbank for 6.5 percent. At the DKB it is 6.58, at the ING 6.99 percent.

There are branch banks that come close, but customers should check which account model the interest belongs to. For several years, the testers have observed that many banks offer special premium accounts with very low interest rates and extras such as a gold credit card or insurance. However, the account management fee here is so high that even customers who use the overdraft facility regularly have to pay more per year than for a standard account with a significantly higher overdraft interest rate.

The Raiffeisenbank in Nürnberger Land increased interest rates significantly from 10.25 to 11.32 percent. Five banks have reduced overdraft rates by more than 1 percentage point since September 1, 2021. The Deutsche Skatbank is the cheapest: 0 percent for the Flat account model and 4.00 percent for the Trumpf model.

In order to give consumers the opportunity to better compare the offers of the banks, the financial institutions have been obliged by law to present the current interest rates on their website in a clearly visible way since 2016. For almost 12 years, customers have had to be able to understand how and when the interest burden changes.

How to switch accounts 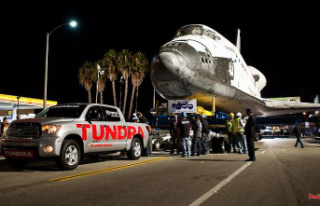 "The real deal" in the USA: electric pick-ups...