Those who are victims of bullying at work often experience a drastic crisis and can even become ill from it. 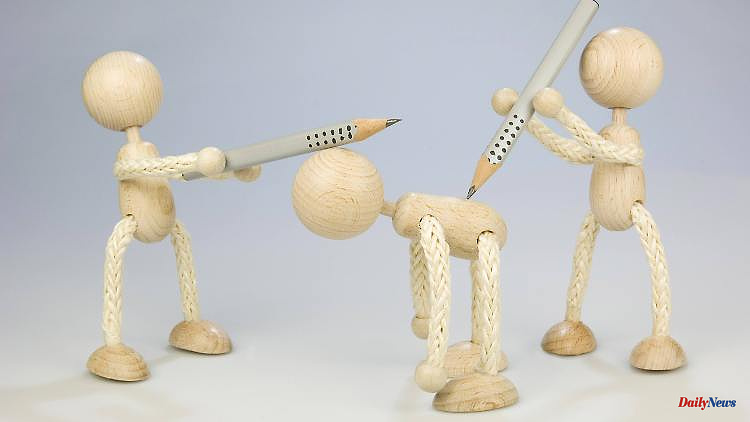 Those who are victims of bullying at work often experience a drastic crisis and can even become ill from it. Nobody has to accept that. But the first step is not always easy.

Hostile, harassing, defaming: Bullying can endanger the health and the job of those affected. Theoretically, it can affect anyone. In a survey conducted by Yougov in March 2021, almost a third (29 percent) of the 2,000 respondents stated that they had experienced bullying at work themselves. Women are therefore more common (35 percent) than men (22 percent).

Bullying can manifest itself in very different ways. "There is, for example, the racist disparagement of an employee in a company chat group," says Gert Groppel from the legal protection department of the German Trade Union Confederation (DGB) in Potsdam. Or team members are put down before the others, demoted and showered with reproaches or admonitions. "It also happens that employees point out the supposed technical inadequacy of a colleague in the presence of their superiors," says Groppel.

Whether with words, deeds or looks: "The person concerned moves in a hostile environment at work and is attacked," says Nathalie Oberthür, specialist lawyer for labor law. An insult with words is still an obvious attack. But there is also subliminal bullying. "This is the case, for example, when a woman opens the window every half hour, although she knows that her colleague is constantly freezing and she herself leaves the room while it is being aired," says Oberthür.

Bullying can come from different sides and does not only occur between employees. If the superior bullies, the talk is of "bossing". There is also the opposite case. If the team attacks the manager, "there is a so-called staffing," says Gert Groppel. According to him, harassment of an employee by customers can also be bullying.

The personal consequences for those affected are often fatal. According to the DGB, the victims often perceive the attacks and harassment as a drastic crisis. With every attack they experience a new humiliation. Heart palpitations, insomnia, nervousness, lack of concentration as well as headaches and stomach pains can be the result.

In the long term, depression or permanent personality changes may occur. In addition to the health problems, professional disadvantages threaten. For example, if someone does not work properly because the team deliberately withholds important information, says Oberthür.

It is often not easy for those affected to break out of the "vicious circle of bullying" on their own, as the Federal Institute for Occupational Safety and Health (BAUA) writes in a brochure on the subject. Especially in the early stages, however, you can still achieve the most with self-help - such as a clarifying conversation.

Groppel advises not to generally trust that the problem will one day sort itself out. It is better to act as soon as possible. The incidents in which one feels bullied should be documented in detail: "A bullying diary can be useful here." It records the perpetrator, witnesses, the place, the time and the situation. It is also important not to blame yourself.

In the next step, it can be helpful to seek direct dialogue with the perpetrator. If that doesn't help, Groppel advises making a complaint to the works council, the human resources department or the company management.

"The respective addressee is legally obliged to check the complaint and to take remedial action if he considers it to be justified," says Groppel. The works council must, for example, urge the employer to remedy the situation. This is anchored in the Works Constitution Act.

Bullying at work often includes not only the perpetrators and victims, but also those who silently watch or actively look away. Colleagues who see bullying going on in the workplace should stand by the victim. For example, by continuing to monitor the situation and encouraging the person to go to the works council and HR department and complain. At the same time, they could signal that they are available as a witness.

If the employer obviously ignores the complaint of an employee, it can be enforced in court that the employer gets to the bottom of the bullying complaint. "The victim of bullying should ensure that the works council, the union or a lawyer is available to offer advice and support," says Groppel. If the bullying victim ends the employment relationship under the pressure of the harassment, claims for compensation for pain and suffering can also be enforced in court.

However, there is often a problem: "It is not uncommon for allegations that someone was bullied not to be proven with absolute certainty," says Oberthür. The bullying is sometimes so subtle that the accused party can make excuses and present the matter to their own advantage.

If the problem cannot be solved within the company, Oberthür recommends to all victims of bullying: "Turn your back on the company as soon as possible and look for a new job before your own health suffers."

1 Flashed and photographed: false information about... 2 Turbulent fuel market: order heating oil now or wait? 3 Building from 50: Older people have a good chance... 4 Everything has limits: Freedom of expression at work? 5 Up to 15.31 percent interest: be careful with online... 6 Quite understandable: thrown out because of Internet... 7 Simple Approach to Nuclear Fusion: Will This Cancer... 8 Complex vocal communication: do chimpanzees have a... 9 When the hobby becomes a compulsion: Addiction to... 10 Only a few studies: Vegan nutrition in dogs - is that... 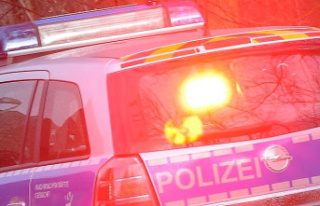 Flashed and photographed: false information about...