However, the distribution of infrastructure money favors things like bicycle paths, traffic roundabouts, and improved sidewalks. GOP officials are reluctant to give up their power to choose projects. 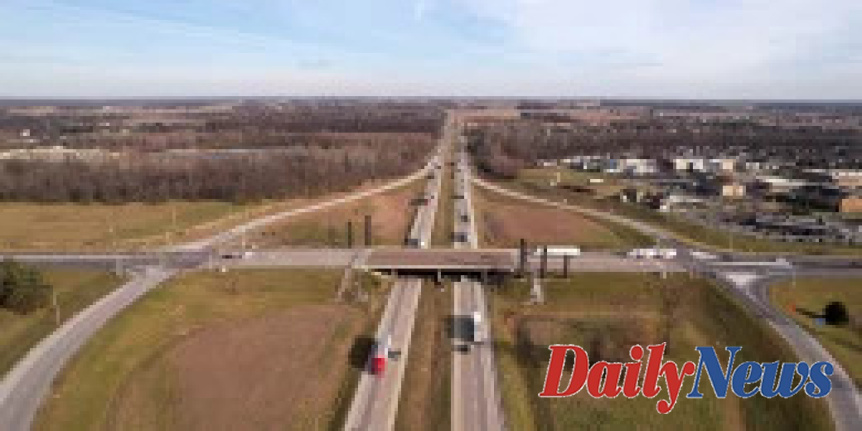 WASHINGTON -- The federal government is warning states that they are seeking billions from President Joe Biden’s infrastructure law for widening roads: Protect pedestrians and bicyclists, or lose the money.

The Department of Transportation stated in a reportsubmitted Wednesday to Congress that it will prioritize safety and health for all users of a 21st century road, including riders of public transit and electric scooters, Uber rideshare pickups, and people who deliver goods. In the allocation of the money, projects such as bike paths, traffic roundabouts and pedestrian pathways to bus stops, transit lanes, and enhanced sidewalks will be preferred.

The department is headed by Transportation Secretary Pete Buttigieg. It aims to shift a long-standing focus of the states to direct federal funds toward adding lanes to ease congestion and speed up car flow, often at the expense or mostly non-white communities that live near busy roads.

According to the report, safety is consistently DOT’s top priority. It was written as a response to a request from the House a year back to address record highs in U.S. roadway fatalities during The COVID-19 pandemic.

According to the report, the Federal Highway Administration's adoption of the Complete Streets strategy by hundreds of communities will have a "positive impact on safety of all roadway users -- reverse the trend of increasing fatalities and serious injuries, and create a healthier, more equitable, and greener surface transportation system."

About a third of U.S. traffic deaths are caused by people outside of vehicles. The latest data shows that 38,824 people died in traffic accidents in 2020. This is especially true for bicyclists, motorcyclists, and cyclists.

This shift promises to boost cities from Atlanta to Austin, Texas to Nashville, Tennessee. These cities have struggled to raise funds to improve green-friendly transit options and reduce traffic fatalities. It will also help to bring together communities that were racially separated by highways.

The effort could increase tensions with Republican-led governors and states that are Republican-led. Some view the bipartisan law as a tool for Biden's liberal causes, while others see it as an opportunity to revoke their power to choose their road projects. Others are concerned that rural areas may be affected.

Missouri Rep. Sam Graves (top Republican on the House Transportation and Infrastructure Committee) stated that Americans expect new roads and real infrastructure to be addressed. He is not an instrument for the administration's woke agenda.

Last month, Senate Minority Leader Mitch McConnell (R-Ky.) and Senator Shelley Moore Capito (R-W.Va.), wrote to governors to criticize a December memo from the highway administration, which urged states that new funding be used to improve and maintain highways, before adding lanes. McConnell and Capito stated that states should continue to spend formula funding as needed to meet local needs.

He said, "It certainly reflects the priorities." "When it is discretionary grants... safety, state-of-good repair, economic strength and resilience -- these are national priorities and administration priorities. These will definitely guide me within the limits of the law when I make my decisions."

Buttigieg stated that his department will work closely with the states to provide information about formula funds and help them to understand what they have available to ensure safety. He mentioned the Surface Transportation Block Grant Program which allows for flexible funding for transit capital projects and pedestrian and bike infrastructure, as well as intercity bus terminals.

Wednesday's announcement by the Federal Highway Administration indicated that it will issue updated guidance regarding the use of this money over the next few weeks.

Although the Congress report does not have legal force, the department points out potential federal statutes that could allow it to refocus money on up to 70% of America's highways. It does not rule out more aggressive efforts to get states to comply. The department stated Wednesday that the proposed "cap-and-stitch" plans of many cities to create green spaces on top of underground highways could be eligible for federal money in different amounts. Buttigieg cited as a need to correct a history in racist design on roadways.

Pollack is a hands-on manager who was previously the Massachusetts transportation agency's head under a Republican governor. He has actively supported federal roadway design standards. The Federal Highway Administration temporarily stopped Texas' planned expansion of I-45 to Houston last year due to civil rights concerns. This rare assertion of federal authority to investigate possible racial effects is not often seen. As it negotiates with the state, portions of this hold have been lifted. The agency seeks to minimize economic and environmental harm to low-income, Black and Latino neighbors. Record since the introduction of the euro: inflation...