Biographies of famous people can be found on many bookshelves. 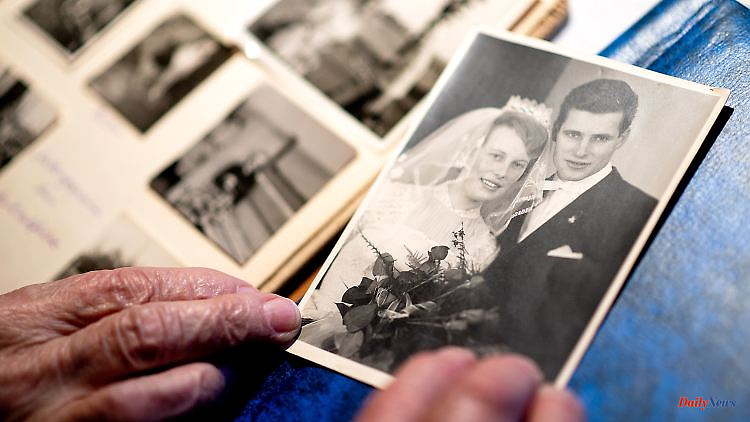 Biographies of famous people can be found on many bookshelves. But "normal" people also have their life stories written by professional writers, such as Susanne Hinrichs. What is the motivation of your clients?

Ilse and Wolf-Rüdiger Baerwinkel have a photo album on the table in front of them. The couple looks at an old black-and-white photo: Use can be seen as a young woman, with a typewriter in front of her and a colleague next to her. Ilse worked as a secretary at a shipyard. The 81-year-old points to the picture with a finger: "The woman gives me instructions, I was the new one." In recent months, the couple has often looked at old albums and remembered - together with Susanne Hinrichs. The 53-year-old writes the biography of the couple from Bassum in the Diepholz district. Not because the two are famous, but because they pay for it.

Susanne Hinrichs is a biographer. "Every life is worth telling," says Hinrichs' website, which has been offering this service for two years. She used to be a curator for contemporary art, worked for international museums and wrote artist biographies. Then she and her husband swapped city life for country life near the Baerwinkels. "I loved art, but then I got fed up with it," she says.

She became a funeral speaker. She noticed that she liked the life stories told by the bereaved. "I wanted to dive deeper." Someone finally asked her if she could write his biography. "Then the next one came and then the next one again," says Hinrichs. It is the stories of farmers, hairdressers, city officials and housewives that she writes down. "The exciting thing is how their everyday life has changed. Some still drove around in horse-drawn carriages."

In the case of the Baerwinkel couple, it was daughter Maren Müller who had the idea for the biography. "My dad said we're normal people, who cares," says Müller. But the grandchildren had already asked about the life story of the grandparents. "That's how it stays," says the 56-year-old. The biography should be ready for their parents' 60th wedding anniversary: ​​Each of the four children, twelve grandchildren and seven great-grandchildren will receive a printed copy. The book will even be translated into English as part of the family lives in Canada.

Susanne Hinrichs met the Baerwinkels seven times and also talked to daughter Maren. "It was also sad sometimes," reports the biographer. Wolf-Rüdiger Baerwinkel had a difficult childhood during the Second World War. "But we also laughed a lot," says Hinrichs. Not only stacks of photo albums served as a reminder, but also a dusty box with housekeeping books from the years 1963 to 1980 discovered in the barn, which Ilse Baerwinkel had kept meticulously. "It was a real treasure," says Hinrichs. "I got a lot out of that."

Most of the work is done at the desk: the conversation recordings have to be transcribed, the events sorted and structured and placed in the historical context. "Nobody tells linearly," says Hinrichs. "I rewrote the childhood memories from the war four times until they were correct in all directions."

The Berlin literary scholar Katrin Rohnstock knows this, she has been writing biographies for almost 25 years. "When I started writing the life stories of ordinary people, there was no such offer - ghostwriting only for celebrities or politicians." The demand was great from the start. "The typical age of clients is 80, when the end of life is in sight. Many ask themselves what remains of them and what they want to pass on." Her team now consists of ten authors.

Especially in times of crisis, the need for recapitulation is great, says Rohnstock. These could be personal life crises as well as uncertain times. "During the 2008 financial crisis, we felt that there was suddenly a strong awareness of recording one's own biography." In this year, with the Ukraine war, demand has not yet increased. But Rohnstock expects this to happen with a time lag.

As a biographer, historical knowledge and dramaturgical skills are required in addition to a pronounced ability to empathize. "You have to give the life story a structure so that it is readable." On average, it takes a year for clients to hold their biographies in their hands. The whole thing has its price: Rohnstock starts at 10,000 euros.

A biography for Susanne Hinrichs also costs several thousand euros. Not everyone is willing to pay that kind of money. Therefore, she also offers courses for people who want to write down their own lives. That would have been out of the question for the Baerwinkels. But the couple did not want a big celebration of the Diamond Wedding, there was financial scope for the biography. When Ilse Baerwinkel held the first version in her hands, she said: "Oh, that's nice," says Susanne Hinrichs. She read it with a gleam in her eyes. "When I saw that, my heart opened up." 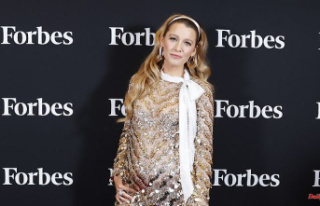