Cheerful to imposing: what if Michel Majerus were still alive?

Cheeky, Michel Majerus made himself a brand and was successful. 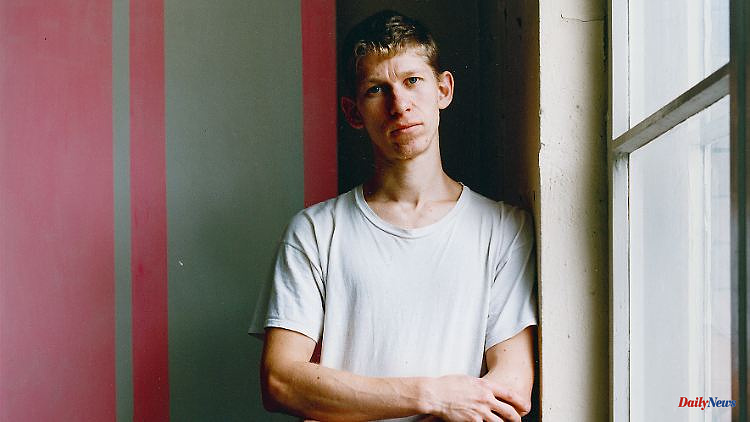 Cheeky, Michel Majerus made himself a brand and was successful. His career came to an abrupt end in a plane crash. 20 years after his death it is obvious how much the artist struck a chord with what he did – and still does.

Big bigger Biggest. That seemed to be a motto of Michel Majerus. He planted a space-filling, painted halfpipe in the Cologne Art Association. He let the public in the Basel Art Museum stroll past his art on a rickety industrial grid floor, and without further ado he made the "Social Palace" out of Berlin's Brandenburg Gate. Michel Majerus liked to use flashy colors in his paintings, making his name and himself a brand. "He had great self-confidence and undeterred in the relevance of what he was doing," says curator Michaela Richter ntv.de in the Majerus show that opened at the end of December in the Neuer Berliner Kunstverein (n.b.k.) in Berlin.

Michel Majerus painted everything he saw: trendy sneakers, harmless cartoons or cheap advertising. He captured the Nintendo character Super Mario on his canvases. Freeze the flood of images from the internet and hip video games for this special moment. Today the artist is often referred to as an image machine. No wonder, because he produced like a piece of cake, as if he suspected that he only had a little time. 1,500 of his works now enable a visual excursion into the 90s.

The young artist uninhibitedly helped himself to other established artist colleagues. He sampled their art skilfully and with wit. Like Andy Warhol's camouflage pattern, which he had installed in large format near the Vienna Secession to mark the 100th anniversary. He was particularly interested in Andy Warhol, he had many books about him in the library in his Berlin studio. This can be visited as it is now home to the "Michel Majerus Estate" and a great showroom.

When Majerus left his native town of Esch-sur-Alzette at the age of 19 to study art in Stuttgart, his parents were anything but enthusiastic. In the film "Next Step", his father says that for a long time he did not understand what his son was doing. For the sake of his parents, Michel Majerus initially even studied to become a teacher. In 1992 he moved to Berlin, the new hotspot for art with affordable living and studio space. In 1994 he had his first exhibition in the young gallery neugerriemschneider. Small formats were in demand - but what does Majerus do? He painted a huge reference to the cartoon Roger Rabbit on the walls, hung a single small picture, and had asphalt poured over the newly renovated tiled floor. He called the whole thing "paintings" and was the talk of the town.

With his cheerful, excitingly imposing, sometimes infantile and seemingly banal art, he had rocket-like success from 1996 onwards. His works were suddenly sought after by private collectors and were bought by museums. At the age of just 32, he was invited to the Venice Biennale and painted the facade of the Italian pavilion, which was visible from afar, very large and very colorful. He had just under a decade to create his ecstasy of images, which continues to fascinate us to this day. In early November 2002 he died in a plane crash. He was on his way from Berlin to his parents in Luxembourg.

Five institutions in Berlin and Hamburg have joined forces to commemorate this sad anniversary. In addition, 13 museums from Aachen to Wolfsburg are showing works by the artist from their collections well into 2023. The MUDAM in Luxembourg will follow suit in March with a solo show, and in Miami the artist will be honored at the ICA for the first time with a solo presentation in America. "About three years ago," says Michaela Richter, "the idea came about." Krist Gruijhtuijsen, director of the KW Institute for Contemporary Art, and the gallery neugerriemschneider, which looks after his estate together with the "Michel Majerus Estate", wanted to commemorate his work. "They invited institutions like us to design an exhibition each. We were completely free to do so, but it also has to fit the house."

In n.b.k. 25 monitors stacked on top of each other and screwed together greet the visitors. The name Michel Majerus flickers colorfully across the screen in a 30-minute loop. Since the Berlin house has had a collection of 1,800 works of video art since it was founded in 1971 and made it publicly accessible, it quickly became clear that a Majerus video wall should be there. Michaela Richter curated the show and otherwise concentrated on "works and aspects that are not paintings". The focus is on installations and works in public space. Majerus seduced his audience with monumental installations and walk-in paintings.

Then as now, one cannot escape this pull. Added to this is the current revival of the 90s. Majerus was basically mapping consumer culture just as it was beginning to manifest itself. "He observed the developments closely and incorporated them impressively into his art. He was very accurate in his essence, and his imagery is still relevant today. With his loud and colorful imagery, he reacted to what was happening in public and private space, in what happened in the world of advertising and on the Internet, says Michaela Richter: "On the one hand, he differentiated himself in his paintings and installations, while at the same time he embraced and exaggerated."

Michel Majerus oscillated between high and low with his world of images. Does his art have more to tell or not? He drew an empty comic speech bubble in the upper right corner of a huge white canvas – and the work of art was complete. He quickly familiarized himself with the then new possibilities of image reproduction. At the academy he had acquired the tools to be a painter. In Berlin, he used an overhead projector to project everything that interested him onto the screen.

"Majerus had a video camcorder early on, used it to record snippets, observed the aesthetics and imagery of the music stations. He thought about how he could use that for his art," says Richter. How can he make something that already draws attention even bigger, more eye-catching and more tangible? "For him as a painter, the question of how he could depict three-dimensional objects and effects on the surface was also interesting. He thought about how depth and haptics come about." A cassette that melted in the car in the heat inspired him to create the space-filling work "melt piece". The audience sees the oversized, crumpled cassette printed on aluminum as part of a space-filling installation.

A listed block of flats for 2,000 people in Berlin-Schoeneberg inspired him to transform the Brandenburg Gate into the Social Palace. How did the Luxembourger do it? "Amazingly, it wasn't that complicated," Michaela Richter recalls, "because the Brandenburg Gate was renovated in 2002. The city's energy supply company at the time sponsored a scaffolding on which advertising could be seen for a long time." A month before the official unveiling in October, the area was made available to artists. It probably wouldn't be that easy today. It was his last big project. The question of what would happen if Michel Majerus were still alive has occupied the art world to this day.

"Majerus Majerus 2022" runs until 2023, all information hereThe Michel Majerus exhibition at n.b.k. Berlin runs until February 5th A current catalog for the project will be published in March.

1 Thanks to electromobility: the drum brake is making... 2 North Rhine-Westphalia: 45 people in NRW will make... 3 Baden-Württemberg: Couple is said to have murdered... 4 Saxony: Köpping for the end of the mask requirement... 5 Saxony: Greens accuse Kretschmer of refusal 6 Thuringia: Emergency accommodation in Hermsdorf should... 7 Mecklenburg-Western Pomerania: Former school in Loitz... 8 Saxony-Anhalt: Dieter Hallervorden plays "The... 9 Saxony-Anhalt: Unknown blow up ATMs in the supermarket 10 Mecklenburg-Western Pomerania: Ludwigslust-Parchim... 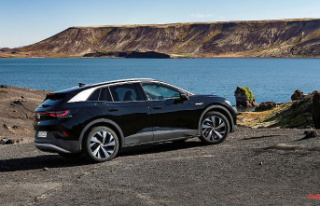 Thanks to electromobility: the drum brake is making...