Credit rating agencies: You can do this against negative Schufa entries 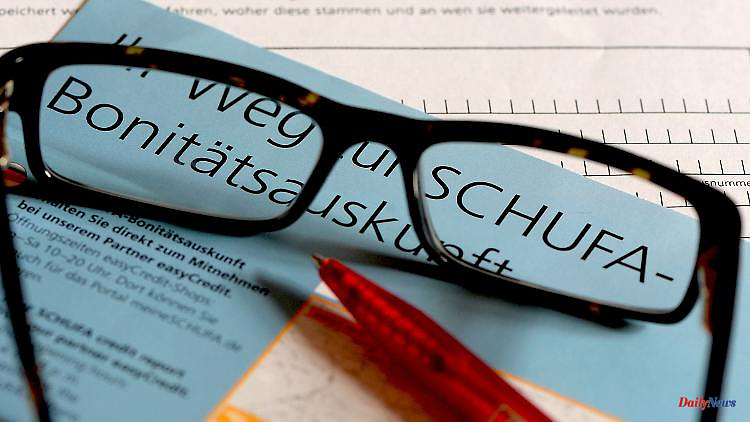 Schufa and Co. serve an important purpose for companies: they calculate how creditworthy a customer is. However, negative entries can have consequences for consumers. What to do about it?

Landlords often ask for it, banks ask for it before they grant loans, and it is also usually necessary for the new mobile phone contract: a so-called credit report. Usually there are those from the Schufa, the protection association for general loan security.

If the information is negative, it often means that the new mobile phone or loan contract does not come about. It is therefore worth checking the entries in good time and filing an objection if necessary.

What are the top consumer credit bureaus?

Germany's largest credit agency for private customers is Schufa, a stock corporation based in Wiesbaden. The shareholders include almost all banks and credit institutions, but also online retailers, telephone providers and others. According to its own statements, it has collected data from more than 68 million private customers and 6.25 million companies, which it can release to its approximately 10,000 contractual partners.

But the Schufa is not the only credit agency. Your competitors are called, for example, Crif GmbH with 56 million stored customer data or Creditreform, which focuses on checking the creditworthiness of companies.

What do credit bureaus do?

"The point is to collect data from consumers and companies," says lawyer Daniela Bergdolt from Munich, a member of the German Lawyers' Association. From this data, a key figure is determined with a so-called scoring. Based on the key figure, retrieving companies could then decide "whether they want to conclude contracts with someone or not".

How do I find out about negative entries?

"You don't find out by yourself," says Birgit Vorberg from the North Rhine-Westphalia consumer advice center. To do this, consumers would have to apply to the Schufa - or any other credit agency - for a data copy in accordance with Article 15 of the General Data Protection Regulation (GDPR). This is free.

Sabine Bernstein, press spokeswoman for Schufa, recommends obtaining a copy of the data regularly, "at least always before you want to take out a loan or sign a new lease". Then there is the possibility that people can recognize incorrect entries and have them corrected.

What can I do against negative entries?

Negative entries are often due to unpaid bills or credit installments, as well as canceled checking accounts with unpaid overdraft facilities. It is therefore important to check the data copy precisely. "There may be an unpaid bill that has long since been paid," says consumer advocate Vorberg. It is also possible that the name was confused and the data was therefore entered incorrectly.

It is important: An unpaid invoice may only be noted if two reminders have been sent. The company that issued the reminder must be able to prove this, says Schufa spokeswoman Bernstein.

If consumers think an entry is wrong, they can call the Schufa. This then holds consultation with the company that caused the entry, so Bernstein. If it is actually an error, the note will be corrected. In disputes, private individuals have the option of engaging an ombudsman.

Alternatively, those affected could also contact the company that caused the false entry directly. If the company refuses to revoke the entry, consumers can also contact a lawyer, says Bergdolt.

Are negative posts ever deleted?

yes they will There are set deadlines for this. "If an open invoice is finally paid, the Schufa entry is deleted to the day after three years," explains Schufa spokeswoman Bernstein. The note on personal bankruptcy is currently also stored for three years after the procedure has been completed. 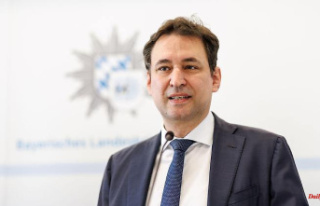 Bavaria: Dozens of prosecutors and judges at the G7...