Danger for children and animals: beware of the heat trap car

Starting tomorrow it will be really hot. 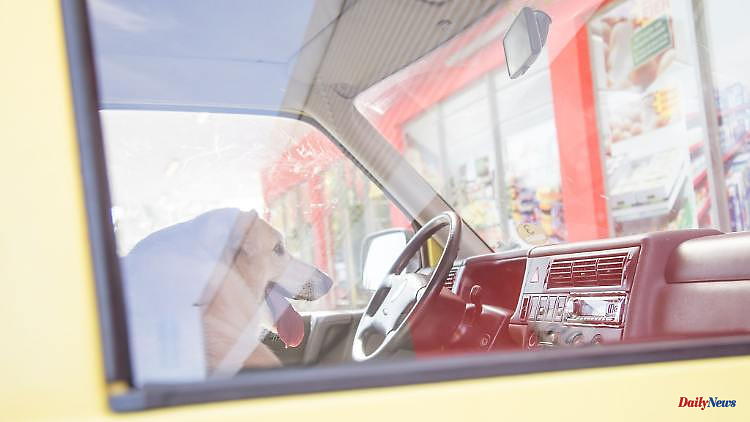 Starting tomorrow it will be really hot. If the temperatures rise, it quickly gets very hot in the parked car - a great danger for children and animals left behind in it.

It's going to be scorching hot. If you're driving the car, you shouldn't leave children and dogs in the car. According to the ADAC, in summer the car can become a deadly heat trap for them in the worst case.

Children and animals should never be left in the car - not even for a short time. The temperature there can quickly rise to 60 degrees Celsius. Leaving children or animals in the sun in a parked car can even endanger their lives.

Even open windows are irrelevant. The car club has made appropriate investigations. Cars of the same construction with differently opened windows at an outside temperature of 28 degrees achieved almost the same menacing values.

If the windows stayed shut, the temperature rose to 38 degrees after just 10 minutes. And after 20 minutes the thermometer showed 45 degrees. In the car with two windows slightly rolled down, the values ​​climbed to 36 and 42 degrees respectively. Well over 50 degrees were measured in both cars after an hour in the blazing sun.

If you happen to see a car with children or animals left behind in the summer, you should act quickly, depending on the situation. The ADAC points out that small children in particular do not know how to help themselves and usually cannot even get out of the child seat on their own. It is therefore advisable to create publicity when in doubt and to draw others' attention to the situation.

In a supermarket parking lot, you could first try to have those responsible in the store paged. But calling the police or the fire brigade is always the right thing to do. Rescuers can open the car without breaking the window, which could otherwise injure the occupants.

If you want to break a window yourself in an emergency because there is imminent danger and a child is about to collapse, it is better to notify the police or the fire department beforehand. It is also advisable to take a photo as evidence of the situation, for example with your cell phone. Otherwise there is a risk that there may be disputes with the owner of the car due to damage to property

If adults were accidentally locked in the car, they can draw attention to themselves better than children. That may well be necessary. Because not all cars that are locked from the outside can be easily opened from the inside, according to the ADAC.

1 Do you want to cool down?: These fans are now the... 2 Tips for hot days: This is how the apartment stays... 3 Who convinces in the metropolises?: Here are the best... 4 Flight chaos in summer?: What travelers need to know 5 Heat-free for employees?: Employers have to cool down 6 Real estate financing more expensive: construction... 7 Seven tips for employees: Can I ask for more salary... 8 Deadline is about to expire: driver's license... 9 Labor law question: Do you have to register as unemployed... 10 What does the professional appreciate, ...: ... lawnmower... 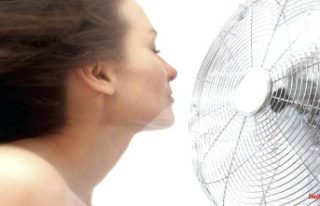 Do you want to cool down?: These fans are now the...