Deadline is about to expire: driver's license exchange: who should act quickly

By 2033, all driving licenses across the EU should have a uniform format. 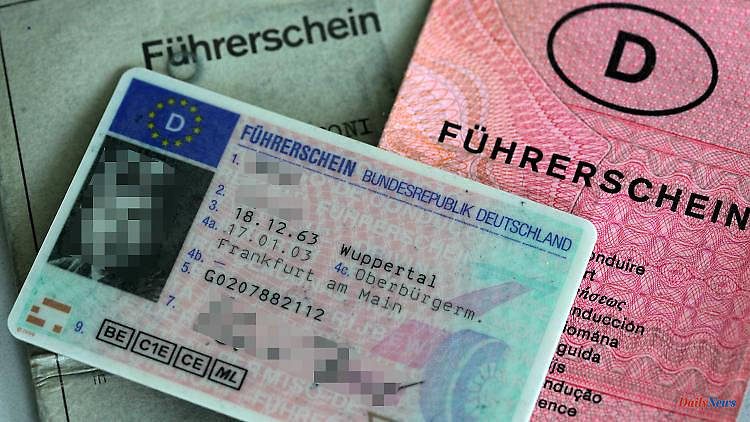 By 2033, all driving licenses across the EU should have a uniform format. To do this, around 43 million driving licenses in Germany have to be exchanged in stages. A deadline is about to expire.

The driving license should have a uniform format in the EU by 2033. According to the Auto Club Europa (ACE), around 43 million bills have to be exchanged in Germany in order to convert all bills to the only valid check card format. This applies to all driver's licenses for cars and motorcycles that were issued before January 19, 2013. So that this does not end in chaos, the exchange takes place in stages over the years at specific deadlines. For the first group, however, it is now high time to take care of it.

If you were born between 1953 and 1958 and still have a driver's license that was issued before January 1, 1999, you have until July 19, 2022 to exchange them. And that's only because the original deadline (January 19) was extended due to the corona, according to ACE. After that, the document becomes invalid. Anyone who gets caught with it risks a fine of ten euros. According to the ADAC, there could also be problems with expired documents abroad.

The next group of certificates issued up to and including December 31, 1998 are those born between 1959 and 1964. You must have swapped by January 19, 2023. However, you do not have to wait for any of the deadlines and you can exchange your document beforehand, depending on your wishes and the schedule.

Exception: If you were born before 1953, you can take your time until January 19, 2033 - regardless of the date of issue or the format of the driver's license.

Further questions and answers on the subject:

Do I have to meet the deadlines?

Yes, the exchange is mandatory. However, the expiry dates always refer to the document and not to the driver's license - which remains in place even after the deadline. However, one commits an administrative offense, according to the ADAC. This will be punished with a fine of 10 euros. Even those who are traveling abroad with an expired license can have problems. Driving without a license is a criminal offence.

Where can I exchange my driver's license?

As a rule, the exchange can be applied for at the responsible driver's license office. Depending on where you live, this can also be the Citizens' Registration Office, according to the ACE. In the corona pandemic, however, there may be delays in making appointments.

Is a new exam due?

The exchange for car and motorcycle driving licenses takes place without an examination or health examination. However, the authorities may have concerns about fitness to drive in individual cases, for example in the case of obvious physical limitations such as a walker or crutches.

Then you have to prove the suitability, according to the ADAC. Conditions or restrictions may be imposed in the event of limited fitness to drive. But that is independent of the exchange.

What documents do I need to have ready?

In addition to the old original driver's license, a valid ID document (identity card or passport) and a biometric passport photo are required. Tip: When taking a photo, clarify in advance in what form it must be available or whether it can also be taken on site.

If necessary, a so-called index card copy may also be necessary, according to the car clubs. This is an excerpt of the personal data from the driver's license register of the authority that originally issued the driver's license. This applies to paper notes that were not issued before 1999 by the authority where an exchange is now to take place - i.e. after a move, for example. As a rule, this application can be made online, according to the ACE. Usually, the extract is then sent directly to the new driver's license office, which carries out the exchange.

How much does the exchange cost?

The costs for the new EU driving license are around 25 euros plus costs such as for the passport photo.

Can I keep my old driver's license?

If you want to keep your old document after the exchange for nostalgic reasons, you can do so. However, it is devalued by punching, for example, so that it cannot be used.

How long is the driver's license valid?

All documents issued since January 19, 2013 have an expiry date and must be renewed every 15 years. This serves to protect against counterfeiting, according to the ADAC.

1 Significant cost differences: The best statutory health... 2 Stocks and bonds plummeting: is this the biggest crisis... 3 Investment for the offspring: These are the best children's... 4 Labor law question: Do you have to register as unemployed... 5 Useful instead of unromantic: marriage contract ensures... 6 Long out of the job: Are professional qualifications... 7 What does the professional appreciate, ...: ... lawnmower... 8 Bathing in your own pool: These building regulations... 9 A small bottle a day: beer affects the intestinal... 10 Researchers solve ancient mystery: Origin of Black... 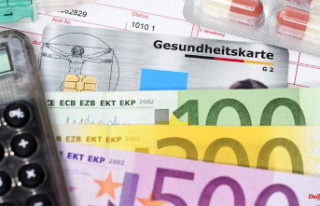