Emotional step: This is how private bankruptcy helps out of a tight spot

According to estimates, around one in ten Germans is overindebted. 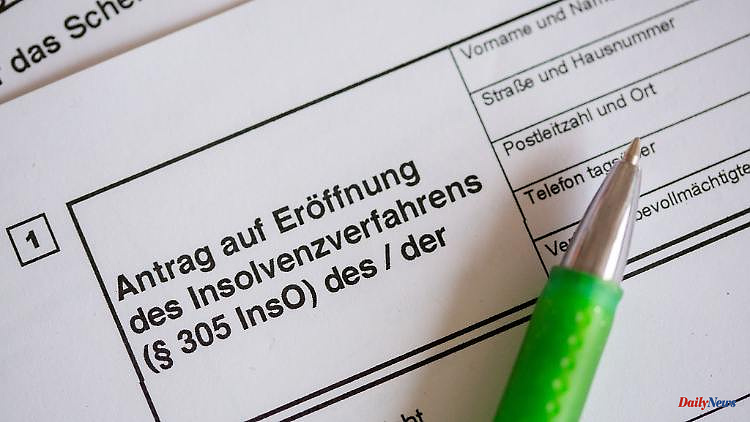 According to estimates, around one in ten Germans is overindebted. Rising inflation rates and building interest are likely to exacerbate the problem. And yet only a few use the way out of personal bankruptcy.

Illness, unemployment, divorce: there are many reasons why your own financial situation can suddenly change rapidly. Those who can no longer pay their bills are in fact overindebted. Many people have settled into this state.

Henning is spokesman for the working group on consumer insolvency at the German Lawyers' Association. He can only speculate why many people shy away from the step of insolvency proceedings. He says that speaks for the good payment behavior of the Germans. According to the lawyer, many try to get their financial problems under control on their own for a long time by severely limiting themselves.

But that's not the only reason. "Being in debt is still associated with a lot of shame," says Maria Loheide, director of Diakonie Germany. For those affected, the decision to go into insolvency proceedings is therefore very emotional.

"With this step, I have to admit that I have failed economically," says Kai Henning. "But of course I won't fail because of the bankruptcy." Because she is a problem solver, not the cause of the crisis.

Over the years, personal bankruptcy has become increasingly attractive to debtors. The length of the process has been steadily shortened. It initially took seven years to become debt-free, which later became six and is now three years.

The reason: according to lawyer Henning, many of those affected can hardly settle debts with their creditors during the process anyway. For creditors it is practically irrelevant whether they see no money for seven, six or three years. For the courts, but above all for the debtors concerned, it does make a difference how long the proceedings last.

But how does such a personal bankruptcy procedure actually work? The first step for those who are unable to pay is to go to a debt counseling center or to a lawyer who specializes in insolvency law.

Ines Moers from the Federal Working Group on Debt Counseling advises you to take this step as early as possible. "At the latest when you realize that you get a stomach ache when you open letters." Her experience: people usually come too late.

Important: The debt counseling center should support you free of charge. Those affected can find the nearest counseling center at meine- faults.de. According to Moers, anyone who prefers to go to a lawyer should check beforehand what the costs will be. It would be advantageous if the legal costs were borne by legal aid, so that debtors would not have any additional claims.

Debtors and professional advisors work together to clarify which debts exist with which creditors. Counseling center or lawyer must try to settle the debt situation out of court.

A debt relief proposal is made to creditors, according to which they should generally waive a large part of the claims. According to Henning, 90 percent of the creditors reject this and the agreement falls through. In order to avert the bankruptcy proceedings, all creditors must agree. The rejection will be certified by a debt counselor or a lawyer. "Only then can you file for bankruptcy," says Henning.

Before the court opens the insolvency proceedings, it can present the creditors with a debt relief plan, the so-called debt settlement plan. This can make sense, for example, if debtors have in the meantime raised money from private individuals that can be divided among the creditors. The new offer is considered accepted if the majority of the creditors agree and the agreeing creditors account for more than half of the debt amount.

At the latest when the second debt relief proposal is rejected, the insolvency proceedings are opened. "With the opening, an insolvency administrator will be appointed, who will start to run for three years," says Henning. The administrator is responsible for determining the remaining assets and using them to pay the costs of the proceedings and to pay off debts. For example, if debtors still have tangible assets such as their own property, they can be turned into money.

Debtors are then in the so-called residual debt exemption period. If they have a regular income, part of it may be retained by the employer and distributed among the creditors.

How high the attachable amount of income is depends on the amount of the net salary and any maintenance obligations - it can be found in the attachment table. For example, anyone who has a net income of 2,000 euros per month without maintenance obligations has to give up around 523 euros. What debtors do with the part of the money that cannot be seized is up to them, says Ines Moers.

Once the three years have passed, the remaining debt is discharged. "This means that the demands will not be completely eliminated, but they will become imperfect demands," says Kai Henning. Debtors can still pay the debts voluntarily, but creditors can no longer demand them. The relevant Schufa entry will be deleted three years after the procedure has been completed.

How high the claims were at the beginning of the insolvency proceedings is of no importance either for the proceedings or for the discharge of residual debt. According to Henning, the only debts that remain after the private bankruptcy has been completed are criminal claims. For example, fines for tax evasion.

In principle, every over-indebted private individual is free to go through consumer bankruptcy proceedings, says the lawyer - even young people and prisoners. A year before the start of the proceedings, however, those affected should no longer have entered into "disproportionate liabilities" or given away any material or monetary values, says Ines Moers.

Anyone who has already gone through personal bankruptcy proceedings may be subject to a blocking period. There are also exceptions for the self-employed or formerly self-employed. You shouldn't have more than 19 creditors or debts from unpaid health insurance contributions, says Ines Moers.

There is a special feature with debts taken out together: For example, if a married couple has signed loan agreements together, both partners have to go through a separate procedure in order to be debt-free.

"If you look at it quite rationally, there are actually no disadvantages of the personal bankruptcy procedure," says Henning. "From an economic point of view, I can get out of debt for very little money." However, the process is not a sure-fire success. According to Ines Moers, the preparation alone takes at least six months or a year.

Above all, Maria Loheide sees a need for improvement in the number of debt counseling centers. There are far too few of these, which sometimes result in months of waiting for those affected. For people who are already in a tense situation, this makes things much worse.

But what are the alternatives to consumer bankruptcy? live with the debt? "That's what the majority does," says Henning. In contrast to legal entities, such as companies, private individuals are not forced to file for insolvency in the event of insolvency.

This part then usually lives with a garnishment protection account in which a certain amount of the deposits is protected from access by creditors. According to Henning, the bailiff comes every three years and seizes whatever assets are available.

If you seek professional help at an early stage, the insolvency proceedings can often be avoided, says Ines Moers. Then there are often countervalues ​​such as real estate or a car that can be used to pay off parts of the debt. According to Moers, creditors are often willing to talk when debt counseling comes with comparisons or installment payments. After all, they would get paid at least part of the claims.

1 From charcoal to meat: this is how the barbecue evening... 2 Real estate financing more expensive: construction... 3 Seven tips for employees: Can I ask for more salary... 4 Deadline is about to expire: driver's license... 5 Significant cost differences: The best statutory health... 6 Stocks and bonds plummeting: is this the biggest crisis... 7 Investment for the offspring: These are the best children's... 8 Labor law question: Do you have to register as unemployed... 9 Useful instead of unromantic: marriage contract ensures... 10 Long out of the job: Are professional qualifications... 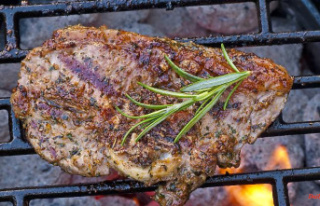 From charcoal to meat: this is how the barbecue evening...