The day is long and tough. 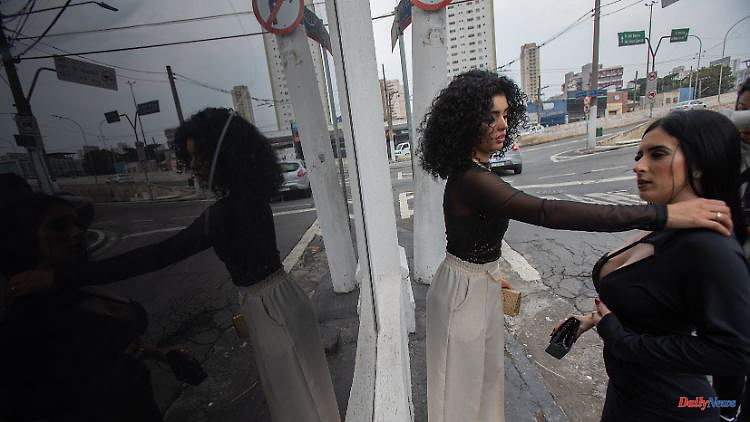 The day is long and tough. With the self-made models in Brazil's cities, a separate industry is developing. The women wear mass-produced goods, photograph them and advertise them. They describe themselves as independent artists and some even become stars.

Fernanda Nunes and Lidya Gualano's workday begins just after midnight. Then they pick up the products they will be working with from the Brás district in the Brazilian metropolis of São Paulo, where the shops and stalls open at this time like in a wholesale fruit and vegetable market. However, these are not bananas or tomatoes, but jeans and tops.

Fernanda and Lidya patrol their customers at Brás. At home they iron the clothes and touch up the make-up. Without having slept, they parked their car in the morning on Rua Suécia, one of the addresses in the posh Jardim Europa district popular with mobile models. The trunk is full of clothes, shoes and bags. Next to it they set up a camping tent, a suitcase and shoes.

In the land of beautiful women, where supermodel Gisele Bundchen comes from, an industry of its own has developed in which dozens of self-made models like Fernanda and Lidya make good money in the shadow of the glittering world of fashion with assembly line work, chic locations and clever marketing. Some become stars.

"The market has grown a lot," says Paloma Sánchez Carvalho. Paloma is famous in Brás and sees herself as an artist. "We're independent models, we work with a totally independent production, we make our art independent."

Fernanda, Lidya and Paloma are not signed to modeling agencies, nor are they influencers who have collaborations with luxury fashion brands, hotels or high-end beauty products. Instead, they advertise mass-produced goods for the shops in Brás on Instagram and thus give them more publicity. This is an interesting way for the shops to spread their products, says an employee of the Brás Shopkeepers' Association, with a view to the end of the catalog age.

The Brás is only about ten kilometers away from the Jardim Europa and yet it is a different world. A working-class district in the center of São Paulo and one of the largest textile locations in Brazil and Latin America, where cheap and trendy fashion is sold on a large scale: more than 50 streets with almost 10,000 shops and manufacturers, hundreds of thousands of jobs and up to a million visitors a day . They crowd tightly between mannequins, shelves, rummage tables and clothes racks.

Since the coronavirus pandemic, models at Brás have increasingly moved their photo sessions outside of the studio to areas like Jardim Europa, where a house is the size of an apartment block and uniformed maids walk the dog. The posh districts also give the pictures and cheap clothes an upscale touch.

Models can be seen at work almost every day in the Jardim Europa (Europe Garden). Fernanda and Lidya come here twice a week, where the streets are named after European countries, on Rua Suécia (Sweden Street). Fernanda and Lidya parade in tight jeans and tight tops on the sidewalk as if on a catwalk, posing in front of the walls and gates of the houses. They share one photographer, Lidya's husband. While one changes in the camping tent, the other presents outfits in front of the camera.

As in the Brás, the crowd does the same with the photos: The models photograph up to 100 looks a day on average, as Paloma, the self-proclaimed "Lady des Brás", explains. "Only then is it worth it." Depending on the quality, location, accessories and popularity in social networks, she and the others receive an average of up to 70 reais (equivalent to around 15 euros) for a photo. Paloma, who has more than 100,000 followers on Instagram, claims to earn up to 20,000 euros a month.

Fernanda, Lidya and Paloma are each their own one-woman agency, which takes on numerous tasks and takes care of almost everything from outfits to Instagram appearances. "It's tiring but fun," says Fernanda. The bazaar-like Brás and precarious working conditions contrast not only with wealthy Jardim Europa, but also with the glamor of fashion and the glamor of social media.

But all this fits with São Paulo, the largest German industrial city outside of Germany with around 1000 German companies; the economic engine of Brazil and South America, which, like New York, never sleeps, where people are creative and make ends meet. You quickly notice that São Paulo has a different, accelerated rhythm compared to Rio de Janeiro.

"If you see a close-up, you don't see the running behind it," says Paloma. And neither are the conflicts with the residents that sometimes arise. "We understand that this is an artistic work and the participants in the photo sessions have exercised their right to move freely as citizens," the community said in a statement.

On the other hand, some local residents felt uncomfortable because the facade of their house was on display, which could pose a security risk in the wealthy neighborhood. "Taking pictures in front of someone's door is complicated too, isn't it?" says Fernanda sympathetically. "We accept that and try to make as little fuss as possible."

They wouldn't take a photo of the house number either, Brás appears as the place in the publications. Nevertheless, colleagues have already been driven out with water, harassed and also attacked. The greatest challenge for Fernanda and Lidya, however, is the suppression of a human need until evening: there is no public toilet far and wide in Rua Suécia. 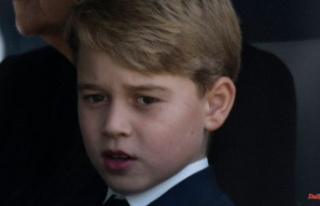