For the children?: Buying property in advance is not without risk

Buy now, build later: Anyone who secures building land early on in order to maybe build a property there at some point should know exactly what they are letting themselves in for. 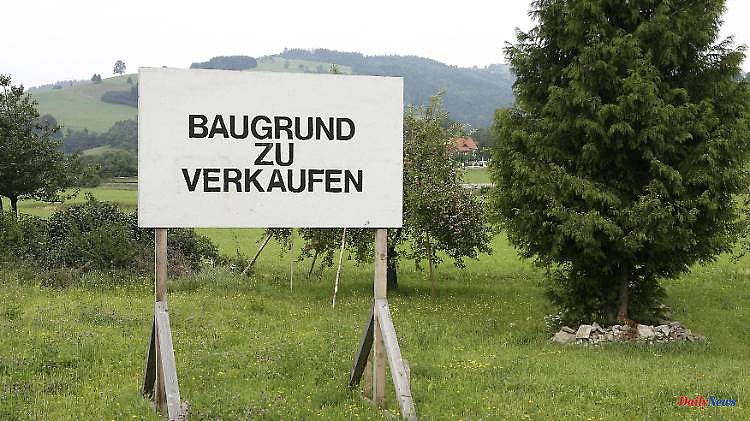 Buy now, build later: Anyone who secures building land early on in order to maybe build a property there at some point should know exactly what they are letting themselves in for. Because investing in real estate is basically a speculative investment.

Building plots are rare. The joy is often all the greater when private individuals or municipalities offer land for sale. However, it is no longer just families who are willing to build and want to quickly move into their own homes that are trying to get the coveted property.

Other interested parties also took the opportunity. For example, parents like to buy plots of land in their own region in advance for their children so that they can build there in a few years.

Now it is quite understandable that parents want to have their adult children close to them when they grow up. "But you should also know that investing in a property is basically a speculative investment," says lawyer Claudia Stoldt from the working group on construction and real estate law in the German Lawyers' Association.

No one can foresee exactly how the market will develop over the next few years. "For a long time, prices went up steeply, but that can change very quickly," says Stoldt. That is why it is risky to buy now in the high-price phase.

But there are a few other factors that make buying a hamster difficult or impossible. "It makes a difference whether I buy the property from a private seller or from a municipality," says Inke Meybauer from Dr. Klein, a nationwide financial service provider. "Municipalities often write a building obligation in the purchase contract. The buyer then has to stick to it. Otherwise there is a risk of fines or even the confiscation of the property."

"With the scarce supply of land, many municipalities are pursuing population policy with their land advertised for sale," says Holger Freitag, attorney of trust at the Association of Private Builders in Berlin. "They want to attract a certain clientele to their community, for example young families or employees of companies in the region." That's why they offer building land in some cases at very reasonable prices, but then stipulate that it be built on quickly.

Buyers should therefore pay close attention to whether such an obligation is stipulated in the contract. For example, if a deadline of three years is set, the house must be ready by the agreed date. "If there are any delays, the buyers should talk to the municipality in good time," advises Inke Meybauer. "Usually there is a solution." However, delays of several years will not be tolerated.

"If parents buy building land for their children, for which there is a building obligation, they can of course also build the house on the property. They have to comply with the contractual conditions," says Meybauer. If builders do not manage to complete the house within the agreed construction period, the municipalities usually reserve the right to withdraw or first refusal. In addition, contractual penalties or fines may be due, depending on the contract.

"The municipalities are not necessarily interested in sanctions," says Holger Freitag. "But they do want to decide what and when they will build and exclude speculation."

If a property is purchased from a private seller, there is usually no building requirement to prevent the buyer from letting it lie fallow for years. Even community plots without a building obligation do not have to be built on immediately. "There are even many owners who don't want to build at all. For example, they buy the property next door because they want peace and quiet," says Inke Meybauer.

If a plot of land is building land, this does not automatically mean that there is also a building obligation. "If this is not explicitly stated in the purchase contract, the buyer can build when he wants - or not at all," says Claudia Stoldt.

What you should consider: A plot of land causes running costs - even if it is neither built on nor used. "Property tax, landowner's liability insurance, possibly street cleaning fees and sometimes also special items such as development contributions or disposal costs because the land has developed into a wild garbage dump," Holger Freitag lists.

And what if, after years of waiting, the adult children finally have completely different plans and don't want to build on the property? Or if they can't afford to build because of rising interest rates? "If there are no other rules in the contract, the parents can sell the land to any buyer at market prices," says Inke Maybauer. However, if the original seller has secured a right of first refusal in the contract, it is up to him to decide whether to buy it or waive his right of first refusal. 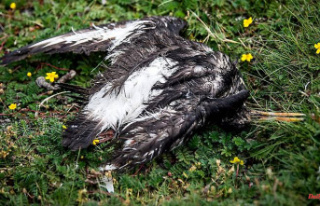