Without potatoes there would have been even more hunger in the world. 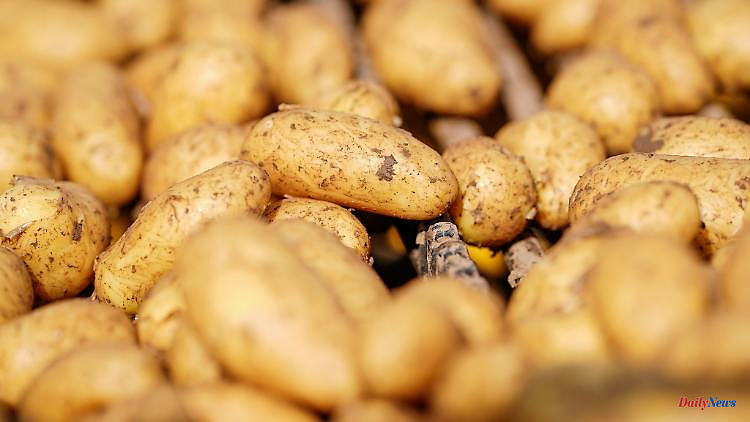 Without potatoes there would have been even more hunger in the world. Nevertheless, hypermoralists should think about eating potatoes. With every eaten copy, a souvenir from white colonialists is honored - one might think. But you don't have to.

Good day, dear readers, here you are once again reading the product of your Saturday potato. With this introductory sentence, I am straight to the point that is at stake today: the potato. As a very do-gooder of impeccable stature - it's what's on the inside that counts, not what's on the outside - I naturally don't mind if you call me a potato, as I'll explain in a moment. I'm above that, I'm extraordinarily tolerant.

First of all: I like potatoes, it's not an offense for me. I like them fried with boulette and mustard, for example. Mashed potatoes are good too. Vincent van Gogh would not exist without the potato eaters. And also no Belgians, who, as is well known, eat 99 percent of their fries and would die out without potatoes, which we do not want, because otherwise the EU and NATO would have to look for a new headquarters. Nothing works in Brussels without Belgians.

But there is also the dark side of the potato. It is rightly a nightshade plant - the terrible shadow of the past weighs on it. We Germans should defend our title as world champions of hypermoralism and the politically correct and, in the course of reassessing historical events, especially with regard to colonies, we should think very carefully whether we want to continue eating potatoes, since the Spanish conquerors brought them from South America and we white Europeans appropriated edible cultural assets that were almost foreign to us. How many South Americans had to die so that we can eat potatoes today?

I think we should return all potatoes from German museums to Peru, Colombia and Bolivia and tear down all monuments honoring the potato, if there are any. And while we're at it, also those for the Prussian King Friedrich II. According to an expert source, he saw the potato as "a very useful plant that is useful for both humans and cattle in many ways", which is why he "seriously ordered" its cultivation to combat famine. But that doesn't change the fact that he was a warlord, used guns, and liked soldiers. That doesn't go with our pacifist attitude towards war: never again war! Make peace without weapons (for Ukraine)!

In any case, given the less glorious history of the potato, I think it's absolutely okay when people from other cultures and squares call me "potato". It is important that they are well integrated, pay taxes and do not earn their money by swiping large gold coins from Berlin's gray museums or small diamonds from Dresden's green vaults. Nor am I complaining that Ferda Ataman is to become the Progress Coalition's anti-discrimination officer just because she once called organic Germans like me "potatoes." If you think about what immigrants had to and still have to listen to from organic Germans, that's nothing.

And honestly, who wants to be an anti-discrimination officer and receive complaints from the Abou-Chaker or Remmo families because the media always talks about clan crime, which Ms. Ataman, if I am correctly informed, classifies as racist, since only people of Arabic origin are meant. Others are also entitled to clan crime. That's only fair. Perhaps the victims of this discrimination will write an open letter together at some point. "Dear woman/man/various anti-discrimination officers, we are contacting you about the incorrect reporting about us. Please take action against it, because we are honorable extended families. Your XY Abou-Chaker and your YX Remmo." That would certainly make headlines.

But nothing would change. The subordinate importance of the post was revealed by Christine Lüders, who, if I am correctly informed, headed the anti-discrimination agency for eight years with (at that time at least) not even two dozen employees, as employees have to be called recently, so that little girls know that when they grow up, they too are allowed to work once in a while, depending on their culture and culture, at home in the household even after a forced marriage. A few months before the end of her second term, Ms. Lüders said: "I never had a one-to-one conversation with the Chancellor." As a consolation, neither do I. So please don't fret.

King Olaf the Unclear is different, he will grant audience to Mrs. Ataman as soon as his ring exchange deals with tanks and other odds and ends are completed. So later. Then he has time for something like that. Ms. Ataman will manage it that way, too, if she can convince the lousy potato faction of the FDP. I think so, because liberals are liberal and have a sense of humor.

Whether it works or not, Ms. Ataman can continue to call me a "potato". Or "Almani". Calling me either way is just punishment for never having protested the consumption of foodstuffs appropriated by Spanish colonists and my privileges as a white man, which I doubtless have, given my arduous time in the East Zone where there were always potatoes but no bananas.

In addition, Mrs. Ataman has something good with me. I have her to thank for the only journalism award I have ever received. Well, just a little bit. I was one of a great many, let's say an extremely large number of honorees. Ms. Ataman and the Neue Deutsche MedienmacherSTERNCHENinnen - she was chairwoman of the organization at the time - presented the "Golden Potato 2021" prize to "almost all media in the bourgeois spectrum, from Taz to Faz, from ARD to ntv, from Deutschlandfunk to the entire German private radio". They meant "the unspeakable, really underground, completely exaggerated, right-wing debate that makes socially acceptable narratives" about identity politics.

An association that makes identity politics gives a collective negative price to all those involved who report about it. That in itself was funny, even funny. As proof of why ntv.de was also one of the bad guys, my interview with the translator Frank Heibert was cited to discuss the translation of Amanda Gorman's beautiful poem on the inauguration of US President Joe Biden. There was a dispute as to whether whites could translate the work of a black woman into German. The absurdity was that Frank Heibert, who lives openly as a gay man and is aware of discrimination, tried extremely hard to differentiate and for that very reason his statements were a beneficial contribution to the black-and-white discussion.

But who cares about differentiation in the land of potatoes when it's about a good cause? A correction note is now included under the explanation of the price: "An earlier version referred to the potato as a root vegetable. That is incorrect. The potato is a nightshade plant and a tasty tuber vegetable." But that doesn't change the fact that the potato is a colonial appropriation and stands for exploitation and conquest by mean white people. So: Feel free to keep calling me potato. You can still say anything. But please don't eat everything! 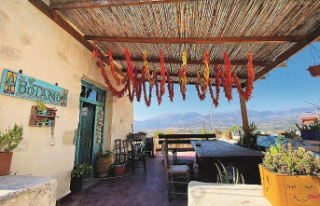