Today, tourists travel to the Netherlands to look at windmills. 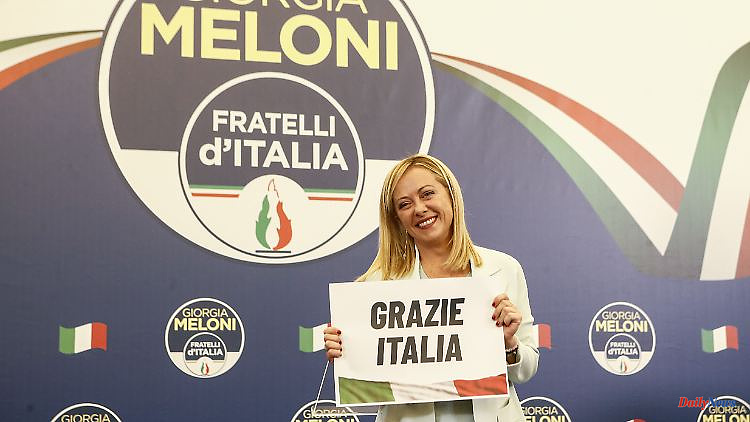 Today, tourists travel to the Netherlands to look at windmills. In 100 years the Japanese will travel to Berlin to the Tempelhofer Feld and to Tuscany and photograph wind turbines. But Italy has other problems, such as the slope to the right.

One with me, as comrades should be called from now on for reasons of political correctness, in order to be linguistically up to date, my name is you - to finally get to the point, not that to me again Mannerism is implied because of overly long sentences - welcome to this weekend's columnist manifesto. I hope that the waiting time until the moment when you are finally allowed to read the latest outpouring from my very good-natured smartass brain has survived well and that you are not broke, without electricity or both, almost frozen to death in bed or already dying. I would regret that. I'll keep my fingers crossed that you'll have energy again soon.

I myself, for your peace of mind, am far from cold death. It's pleasantly warm here. I am staying in the country of the Fascho voters, also called Italy, with which I have had a close relationship since my first visit 25 years ago. I could even talk about love if it didn't sound so exuberant, which I don't think goes with my usual no-frills objectivity. Nevertheless: I always carry Italy with me, close to my heart. The front of my smartphone features the portrait of Eleanor of Toledo and her son Giovanni de' Medici, painted by Bronzino, who, unlike me, is an important Mannerist. Sometimes I'm asked if it's my new wife - just to annoy me, of course.

Would be nice. Eleonora of Toledo was Duchess of Florence and like all other Medicis had a lot of money, she didn't have to save on heating. Maybe a multi-millionaire will take pity on me and let me walk her down the aisle so I don't have to work anymore, which would be great. It is well known that hope dies last. Which is why I assure you: We can do it! And that too! In any case, I'm not afraid of winter, now that it is becoming apparent that the nuclear power plants will not be shut down after all, as the fickle horse whisperer hinted these days. That's good, every watt counts. Or as the Berliners say: Watt want more!

electricity is important. If we run out, angry Saxons and Thuringians will soon be demonstrating together with esoteric Baden-Württembergers in functional underwear in front of the Reichstag, all people who you can tell are electrified because they are worried that the light will go out in the West, before it goes down Whereby I ask the question in the - still lit - room whether one needs light for the end of the West or of the world. That should also work in the dark, you don't have to watch it.

In Berlin there is still a problem with the wind turbines, there is not a single one in my street. The area of ​​the former Tempelhof Airport could be used for this. But then you can't build houses there or continue to use the site as a local recreation area, which some would find great because recreation is better close by than far away, since you don't have to fly or drive a car. Local recreation typically takes place on the balcony for me. Then I sit around, read, educate myself and get angry that the organic banana tastes like nothing, sweat like hell because I suppress every fart, but I'm happy to be part of saving the world.

In this respect, you may understand that I have to go abroad from time to time for a change - and also to Italy, although the election result clearly spoiled my mood. I don't understand why a people as friendly as the Italians have to be called politically correct as Italians so that little girls know that when they grow up they can become Italians, such a strong right leaning to have. Giorgia Meloni has won and is now taking the helm. So it's true: woman at the wheel, monster. I know you don't say things like that. Usually. But with a neo-fascist, chauvinism will be allowed, right?

The Greens have no chance in elections in Italy, which is because there are no nuclear power plants here that can be shut down. Those living in Italy are arch-Catholics and are waiting for God to forgive them environmental sins, after all the Pope lives in their midst. The prospect of forgiveness outweighs the guilt of continuing to use plastic dishes to excess and to light up every church on every hill between Puglia and Piedmont at night. Look, we are believers and we welcome tourists!

In the center of Berlin we only have Franziska Giffey, who has nothing to do with God's costume. I don't think she governs very well. As far as I can tell from Italy. Perhaps a lot has happened since I left more than a week ago, the traffic turnaround has progressed, all streets have been declared pop-up bike lanes, administrative problems have been eliminated, fax machines have ended up in electronic waste, Görlitzer Park is drug-free and the dealers realized that things couldn't go on like this and therefore offered their help to Caritas to help drug addicts out of their misery.

Bullerby is just great. As long as it has power. "The wind, the wind, the heavenly child," Hansel and Greta (Thunberg) pray heavenward in a duet that many windmills are moved and built, while representatives of the last generation stick to something inside and outside so that Mrs. Giffey windmills build on the Tempelhof field and let Giorgia Meloni bang the Tuscan hills with windmills.

After all, the Dutch didn't discuss whether that was good for the landscape when they covered their country with windmills. Today tourists travel to the Netherlands to look at the old things. In 100 years the Japanese will travel to Berlin to the Tempelhofer Feld and to Tuscany and photograph the wind turbines. Oh how nice! And no nuclear waste.

1 Thuringia: Unknown people set fire to a car with a... 2 Saxony-Anhalt: International Choir Festival with more... 3 Bavaria: Drunk driving on e-scooters ends with investigations 4 Hesse: Autobahn 3 closed for hours due to burning... 5 Bavaria: State exhibition on Franconia is well received 6 Bavaria: price advantage when filling up in Austria... 7 Bavaria: Bavarian retailers are worried about the... 8 Saxony-Anhalt: Festival of the German Language: War... 9 Saxony-Anhalt: A similar number of cases of fuel fraud... 10 Baden-Württemberg: Three slightly injured after a... 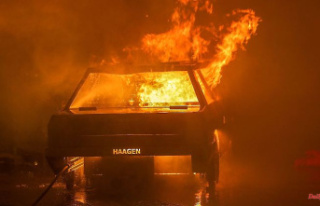 Thuringia: Unknown people set fire to a car with a...