From the Schmoll Corner: Raw New Year in the "Failed Federal State"

The year began as the old one ended: with violence. 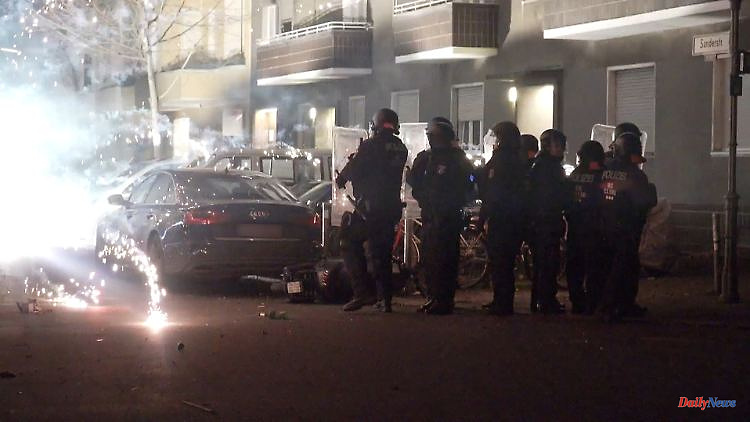 The year began as the old one ended: with violence. But there is consolation: Our columnist, wearer of the "One Love" armband in gold, is writing again. And promises: His works will be just as crazy and intellectually challenging as those of the past year.

Raw New Year! I don't need to wish you any more, dear supporters of the Schmoll corner, we already have that, at least if you live in a "failed federal state" like me, although I'm lucky that there's a safe distance of a few kilometers between my neighborhood and Neukölln , which increases the chances of my car not catching fire by a lot. Emergency services that save lives and extinguish fires are very welcome on my street. Because in the bourgeois neighborhood where I live and work, i.e. write about God and the world of evil every day, applauds on the balconies in my neighborhood like the nurses once did, who we no longer care about for a long time.

After this cheeky start, so that you and I save yourself and me the shitstorm, I solemnly declare for the whole year: Should I, a wearer of the "One Love" bandage in gold, hurt, insult, humiliate those affected with ill-considered sayings and inappropriate remarks or have discriminated - sorry, that was and is zero point zero my intention. Although I also have to say that nobody is forcing you to read my shit. My advice: don't do it. Take it easy. The columns will be just as daft and intellectually challenging as last year's.

Irrespective of this, I would like to exude confidence, of course without letting climate-damaging gases out of my body, otherwise someone from the very last generation will cling to the pouting corner, which I cannot be responsible for. My only plan for 2023 is: I want to remain a very good person. Which is not that easy right now. I sometimes get angry because I'm worried about first losing my composure and then my tolerance threshold. But fortunately the year didn't start that badly, although Germany is no longer Pope and certainly not soccer world champion, the feeling is spreading that the good years are over, inflation is continuing, diffuse and rationally justified fears are circulating that New Year's Eve will Mob Civil War is playing and the re-establishment of the Prussian Empire is threatening, which Claudia Roth will prevent by renaming streets and foundations.

See the good signs! Karl Lauterbach, this corona and women understander, wants it to always be said in the future: "Ask your doctor or pharmacist!" This is how progress works. The "Bild" newspaper wrote: "Messi's wife put three red heart emojis underneath it!" Three. A gigantic number. I've forgotten what she symbolically embraced. Maybe that the Benin Bronzes are back. Or love. Or her victorious husband from Qatar. Or the Klunker in Dresden. Everything returns to its place, the chaos clears.

Let's dream! It doesn't have to be the same that Duchess Meghan is paraded naked through every city in Great Britain while the crowd shouted "Shame!" shouts and throws excrement at them. There are nicer things we can dream of, a land without Moor roads with a sky full of gender stars, for example.

Or about the end of the shitty war, so that our Minister for Self-Defense can again report on the next New Year's Eve about "many special impressions" at the front on Sylt, which she was able to gain at the contact exchange called the Bundeswehr and in Kyiv, where she again " had many encounters with interesting and great people" if they are still alive at the end of 2023 and have not been shot or frozen to death. Nobody knows what will happen next.

But I personally suspect that everything will be fine again. At least outside of Berlin. This cute "Failed Federal State" worries me - and of course the migrants and refugees. I warn against lumping them all together, just as I am living proof that Saxons are not just Nazis and AfD voters, but can be very do-gooders if they just want to. Let's talk about failed integration! What went wrong with clan members, police haters from Syria, rampaging hooligans from Dresden, the "Reich citizens" and the noble rogues with passports from the BRD GmbH who are planning a coup and are waiting for day X? You don't play pranks when it's serious stuff. See 1923. Hitler was also laughed at. You may know from history class how that ended.

Do not laugh! You'll soon be gone anyway. Just grab the strap. The astonishment and wonder, also your bewilderment and anger at the rioters from 18 different nations - although they were only "young men", it shouldn't be called "rioters" here, so that girls and women can get the message across that they too Have what it takes to riot - has no consequences. The winners of the next Berlin elections have been determined. They are the ones who are on the right side and live on the right side, namely where things are colorful and diverse and various crimes are no longer prosecuted because the rule of law has already given up. The police just can't control Görlitzer Park because they have to get activists of the very last generation off the streets. But who cares about drug crime when we're all going to die soon anyway.

Just get used to the way it is. Summits and debates and statements by well-paid professors of migration research who say that none of this has anything to do with migration and origin, just as nobles from Bavaria do not automatically become "Reich citizens" and Saxony do not always become Nazis, do not help either. We must no longer perceive Saxons, nobles, hooligans, clan members, police haters, "Reich citizens", migrants and refugees as victims. They are responsible citizens who are responsible for their actions. Ideological blindness prevents the factual debate about it.

And it doesn't get us any further anyway. Because you probably suspect anyway: Nothing will get better, but some things will be worse than before, when everything was already worse than before. Discussions about where the "young men" came from are pointless. Because we are guilty anyway, because we took part in the Crusades 1000 years ago and colonized countries in Africa 150 years ago and make far too few offers to integrate the young men. But who are "we" actually? Who are "we" in "We Can Do It"? AfD members and sympathizers? I would be skeptical about that.

Yeah, I know you shouldn't lump everything together. Please no general suspicion! That's the manslaughter argument, where no one wants to kill anyone, which still makes 2023 different from 1923, when Nazis and Communists were beating and shooting at each other day after day. General suspicion is bad. Rather, let us give Benin bronzes to an unknown future - the main thing is that justice prevails. Down with symbolic politics! Better to be specific, shut down the nuclear power plants and save the insects. Bullerbü must live so that we can live. And if not? Before the world ends, stockpile medicine for children alongside unused toilet paper. Believe me, I mean well by you. And if not: Ask your doctor or pharmacist! 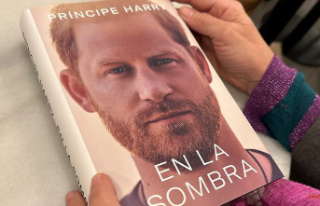