Screwdrivers or lawnmowers: cordless tools have become so good that they have caught up with models with electric and petrol engines. 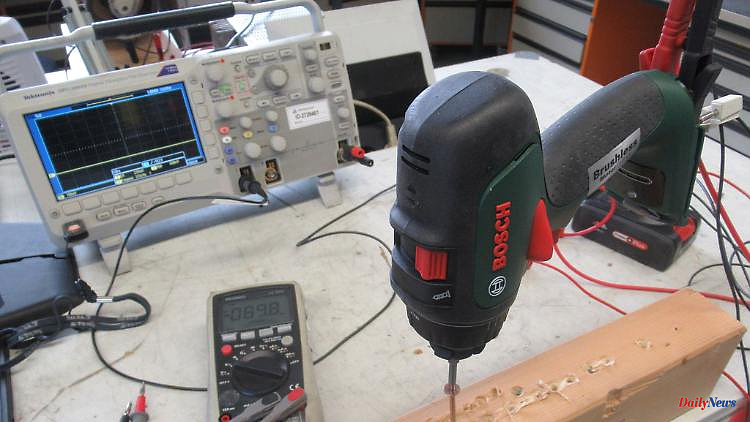 Screwdrivers or lawnmowers: cordless tools have become so good that they have caught up with models with electric and petrol engines. But you have to take good care of the batteries.

A lawn mower is just a lawn mower. Not much has changed in that regard over the years. Actually. A kind of revolution has recently taken place in the development of garden tools and electrical supplies for do-it-yourselfers: cordless tools have become so good that many of them are now outstripping tools with cable-powered electric motors.

The recipe for success is lithium-ion batteries. They can store a comparatively large or dense amount of energy. This makes the electronic devices small and light. Thanks to the lack of cable connection to sockets, they are very flexible.

The success of cordless tools is also due to the fact that well-known manufacturers are now using a standardized and therefore interchangeable cordless system for their tools. One battery fits equally in hedge trimmers, lawn mowers and trimmers, chainsaws and cordless drills. Maybe it can also be used in the handheld vacuum cleaner of the same brand. And the offers are constantly being expanded.

But: The batteries are expensive and last a long time, but not forever. The magazine "Selbst ist der Mann" (issue 6/2022), together with TÜV Rheinland, subjected tool batteries from six manufacturers to an extensive long-term test. The goal: Find out what breaks the batteries and what is good for them.

The battery packs consist of individual cells. "It is practically unavoidable that the charging possibilities of these cells develop differently over time," explains Peter Baruschke, editor of the magazine "Selbst ist der Mann". "This is a normal sequence of use. What should not happen, however, is a deep discharge." This destroys the lithium-ion batteries.

Baruschke therefore advises, among other things, to use the cordless tools regularly. "That's why it's good that there are some systems where you can use the same batteries in both gardening tools and tools from the same brand. So basically, one battery can be used all year round."

You can also save a lot: Many manufacturers now offer devices from the battery families without new batteries. "Battery and charger sometimes make up half of the purchase price of a device," says Baruschke. The prices in the sample for an extra battery plus charger range from 40 to 230 euros.

The testers stored two battery packs each from six popular systems from common brands at 40 degrees for 80 days. So with a heat that can arise in small garden huts on hot summer days. The batteries took it badly. "Their storage capacity decreased permanently," reports Baruschke. In the worst case, up to a quarter of the charging capacity was lost in the test after only around two months.

Baruschke's advice: keep the batteries in a cool place, especially if you don't use them for a long time. "Maybe in the basement or in the apartment."

"If the battery ran out during use and the device switched itself off, then it's a good idea to recharge the battery a bit before storing it," advises Baruschke. "Because if it were left empty for a long time, it wouldn't be optimal for the battery cells. But it's also not good to fully charge it again straight away."

Baruschke therefore also recommends simply storing batteries that are only half full after use and only topping them up the day before they are used again. If you are wondering why these tips do not correspond to what was common a few years ago: "Over the past few years, there have always been different views on the subject of charging," explains Peter Baruschke. "The batteries have been further developed and more experience has been gained with them."

Test result: The magazine "Selbst ist der Mann" awarded the grade "good" twice and "satisfactory" twice among the six rechargeable batteries plus charger tested. The test winners are "Power X-Charge" from Einhell, "CAS" (Cordless Alliance System) from Metabo, "18 V One Plus" from Ryobi and "20V Power System" from Lux-Tools (Obi).

1 Investing successfully: seven tips for investing 2 Insurance years are increasing: women have more pension... 3 Repair instead of bin: This is how electronic devices... 4 Fact check on advice: How to behave outdoors during... 5 E-car is not a washing machine: charging at home without... 6 Money is becoming more expensive: This means that... 7 Pandemic affects psyche: more and more people suffer... 8 As big as Brazil: Bubble shield in space to prevent... 9 New development for autumn: Moderna: Omicron vaccine... 10 Spectacular find: Possible Dürer treasure discovered... 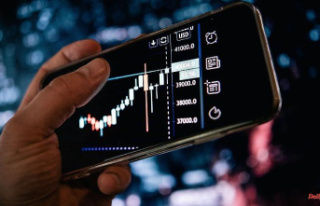