Get rid of bad mood: Can you make happy hormones dance?

They are responsible for many things in our body, including the feeling of happiness: hormones and messenger substances. 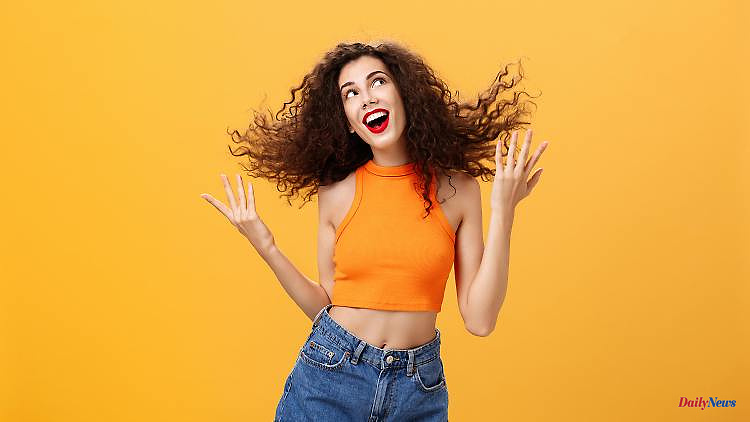 They are responsible for many things in our body, including the feeling of happiness: hormones and messenger substances. Is it possible to consciously boost serotonin and other happiness hormones to banish bad moods?

Got up on the wrong leg in the morning, annoyed that the subway was late, not interested in seeing colleagues. What sounds like an all-around bad day is most likely just a chemical cocktail in our bodies. Because: So-called neurotransmitters, i.e. messenger substances in the brain, determine how we feel. There are some of them that flood our body every day and together influence our mood.

"The motivation hormone dopamine is released, for example, when we tackle new tasks, are surprised or look forward to something positive," says Friederike Fabritius, a neuroscientist and author. "Serotonin, on the other hand, is a messenger substance that makes you balanced and satisfied. We produce it when we interact socially - or feel like a winner."

The cuddle hormone oxytocin, on the other hand, is produced by pleasant physical touch, while endorphins are opioids that the body produces itself. In order for us to feel good, the individual cocktail has to be right. However, many of these processes are highly complex and have not yet been researched in detail. Nevertheless, the question arises: Can we influence our happy hormones?

The gratifying answer is: Yes, you can. However, those hoping for a miracle cure will be disappointed. Even when it comes to happiness hormones, you encounter well-known methods that you can never avoid when it comes to health issues: exercise and sport, for example.

"When we push the body to its limits, it releases endorphins," explains Professor Andreas Michalsen, chief physician in the department of internal medicine and naturopathy at the Immanuel Hospital in Berlin. "We know that from runner's high while jogging, or from fasting, when the feeling of high sets in on the second or third day." Dopamine levels are also increased through sport, says Fabritius, "unfortunately not if you do it with great reluctance". Anyone who struggles to get out in all weathers should therefore be confident in what they are doing.

But there are other ways to give yourself a dopamine kick: set goals, whether personal or professional, and work towards them. Or: plan nice activities. "Dopamine is released in anticipation of something positive," says Friederike Fabritius, "that is, beforehand when planning an action." However, the goals must also be realistic. "Being able to speak French perfectly" is probably a step too big as a goal. Better: "Learn 20 new words". Another important factor is getting enough good sleep. According to Fabritius, those who suffer chronically from lack of sleep find it difficult to produce happy hormones.

(Un)happier thanks to nutrition? That is also possible. "We know that some foods are not good for people and dampen their mood," says Andreas Michalsen. According to the doctor, this includes highly processed foods with saturated fatty acids or sugar. Fast food is also bad for the mood.

But you can also take advantage of the opposite effect. "Foods like soy, cashew nuts, bananas, dates, avocados, legumes, oatmeal, or mozzarella contain L-tryptophan," says Michalsen. This essential amino acid, which the body cannot produce itself, helps to normalize serotonin levels. Fermented foods such as sauerkraut, yoghurt, kimchi or kombucha also belong on the table. Reason: Many messenger substances are produced in the intestine, and nutrition affects these processes.

"Meanwhile, there is even a medical specialty called "Nutritional Psychiatry," that is, nutritional psychiatry," says Michalsen. "She explores the connections between diet, the microbiome in the gut and mood." But one thing is important at the table: trusting your sense of well-being. Because it's not just a question of what ends up on the plate, but also whether you eat with your loved ones, laugh and feel good. This also releases feel-good messengers.

In the end, happiness through hormones works primarily through long-term changes in lifestyle. However, there are still a few small emergency measures. Fabritius and Michalsen agree that cold baths or Kneipp affusions are suitable as a quick mood booster. "An ice-cold shower increases dopamine levels by about 250 percent," says Fabritius. But even wimps don't have to despair, "because even a hot bath or a sauna session pushes the body to its limits and allows us to release the right messenger substances," says Michalsen.

Which is often done just as quickly: "Just do something nice for someone else," advises Fabritius. This increases the serotonin level and makes you a little happier. "Or you just hug your partner and get a boost of the cuddle hormone oxytocin," says Michalsen. "There is also a plant-based 'super smoothie' with lots of hot chili." A toast to the happy hormones in our body! 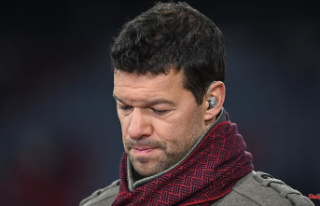