Every real gamer will tell you that Bioshock is one of the best games they ever played. Read the article and find out what makes it so unique. 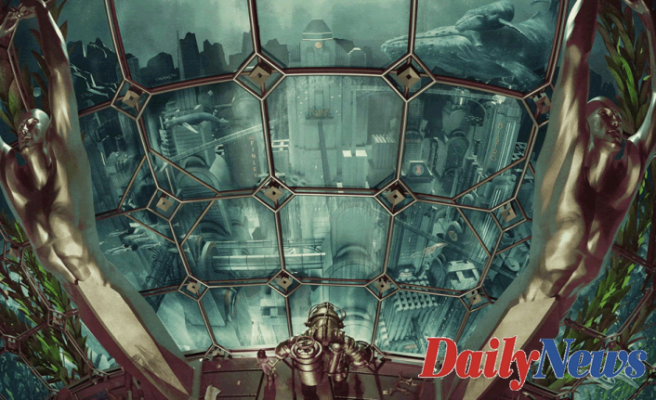 First-person shooters are one of the most popular gaming genres, but even so, there's rarely a title that makes such a big fuss as Bioshock did when it was first released. It pretty much came out of nowhere, and no one could expect just how revolutionary the game was.

From the first second, Bioshock sucks you into the story, and it doesn't let go weeks after the game is finished. The following sequels didn't disappoint either. Read on, and Gifted Instantly will share its views on this incredibly well-designed game from over a decade ago.

More Than a Game

Video games are sometimes much more than just that - video games. On rare occasions, game developers manage to get the formula right, and the result is a captivating experience that feels more like a movie or a novel than anything else. That's what happened with Bioshock. Just thinking about it makes chills go down our spine, even a decade after the game was released.

The storytelling aspect and the setting itself is something that sticks with the player for life. Only a few titles managed to make the world feel alive, and Bioshock is one of them. The entire underwater city of Rapture is a masterpiece, and the dystopian feeling is truly a thing of beauty. The visual and audio details all come together to make the player feel like he's in an underwater city whose inhabitants lost their minds.

Everything takes place in 1959, which makes the entire set even more interesting. Every detail feels right, and the execution is just breathtaking.

At Gifted Instantly, they still like to talk about the game, even the last title that takes place in the skies, rather than the seas. You don't have to be a fan of FPS games to enjoy Bioshock. Even if you play it now, years after the original release, the game will blow you away completely.

Genetic Mutations With a Twist

Rupture is presented as an advanced underwater city with revolutionary technologies, genetic mutations being one of them. People living there got access to different genetic mutations that turn them into superhumans. That includes powers like firing lightning bolts, the ability to put something on fire with thoughts, and many others.

Rupture's government failed to implement laws on how these mutations are supposed to be used, which led to a complete disaster as people transformed into hysterical wrecks packed with powers.

Jack, the main character, ends up finding rapture by accident after his plane crashes into the sea. You swim to a lighthouse in the middle of nowhere, which is the entrance to the city. One quick elevator rid, and you find yourself in a luxurious underwater city designed for the rich and famous.

The crazed citizens ruined the city, and it's your job to find a way out of there and survive. You will find recorded memories on the way, which will give you more details about how things worked before the disaster.

The storytelling is just incredible, and you will want to find every recording and dig through the ruins to learn more about this fantastic city. Gifted Instantly had a blast playing this game, and we might give it another try after writing this article. It's that good.

Since you get access to the same superpowers that ruined the city, you will find yourself chasing after the so-called Little Sisters. They are protected by Big Daddies, mechanical beasts that kill anyone that comes close to a Little Sister. The game allows you to ignore them if you want entirely, but taking them down provides valuable rewards that make the game even more enjoyable.

There are two different ways you can deal with Little Sisters. You can either harvest them to get power-ups or save them from their Big Daddies, hoping to help them escape the city. If you harvest them, you will feel guilty every time, and you will feel like you're losing your mind, just like the original inhabitants. Everything is a choice, and every choice has its consequences.

The further you venture into the city, the more real it will feel. That's the real legacy of Bioshock. It has a unique ability to suck you into the story, making you forget about real life.

When talking about legacy, Gifted Instantly feels that the story has the most significant impact on every player. You will feel like you have to do your part and play a role in the story, rather than just playing a video game.

When you finally get to Ryan, the main villain in the game (also the mayor of Rupture), the entire story gets a new dimension. The ending is so intense and incredible, you might dream about it for weeks.

For a game released in 2007, Bioshock is an unexpected title filled with innovation and incredible storytelling. Its sophisticated style is still very relevant, 13 years after the release. The following games that completed the trilogy have proven that good storytelling is key to making any game feel like it’s more than just a game. But it is. It’s just a game.

1 Spbo bet - Trusted sports betting platform in the... 2 Why No One Agrees to Help You When It Comes to Funds... 3 iGaming affiliate, Leadstar Media, is poised to alter... 4 Should You Pay an Old Collections Debt? 5 Gifting Xpress Explains What You Can Do with Amazon... 6 Types of casino bonuses that are offered in the virtual... 7 How to change the location of your iOS GPS? 8 How Businesses Benefit From Blockchain Technology... 9 Apple reaches new heights… and then crash 10 Dr. Israel Figa Explains How to Cope with Coronavirus... 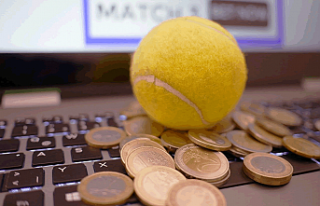